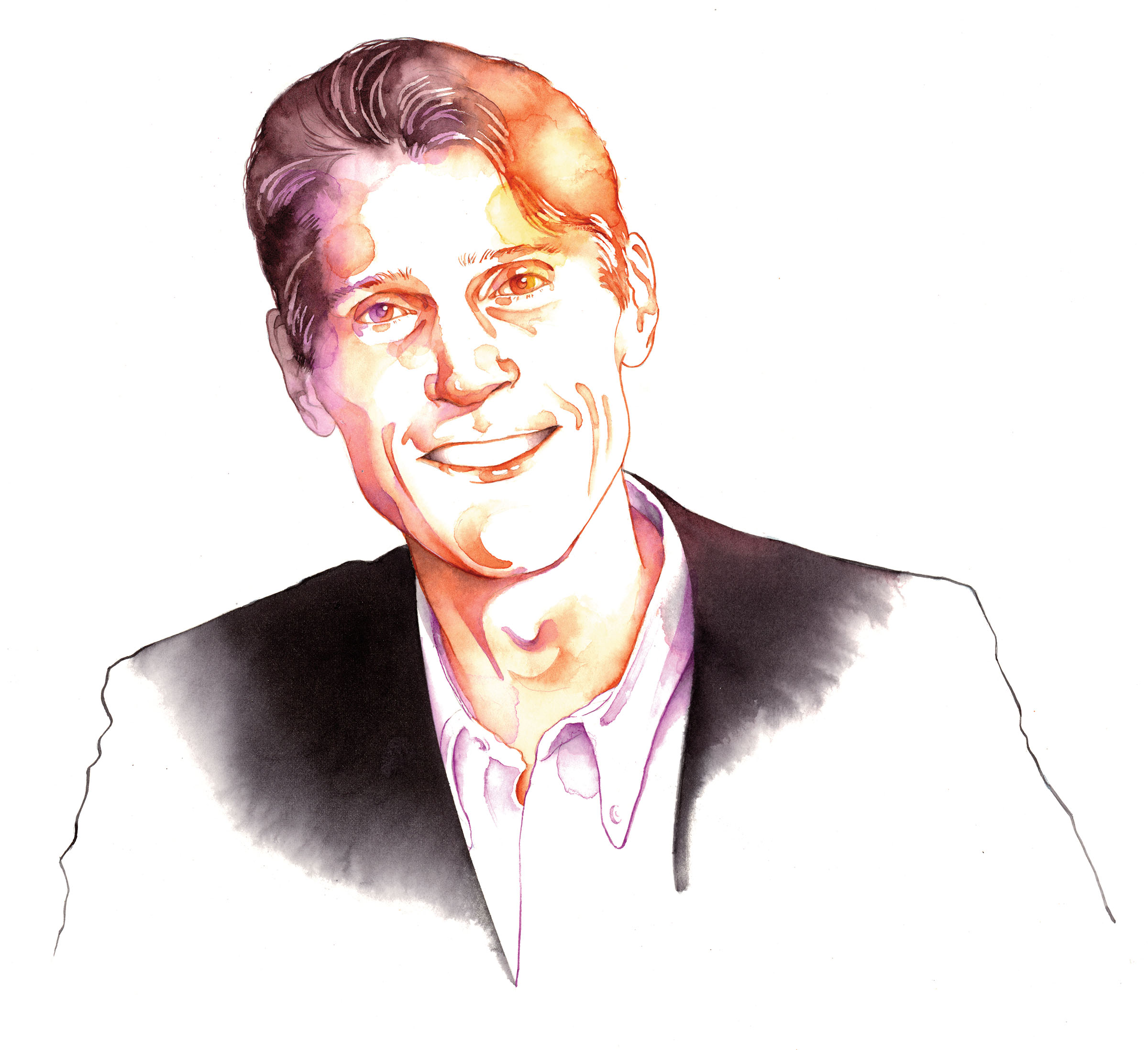 Ideas for new books bubble to the surface when historian H.W. Brands talks about his work. But that’s no surprise considering Brands, a history professor at the University of Texas, has written more than 30 books on U.S. history, economics, and foreign affairs. With subjects ranging from Benjamin Franklin to the Cold War, Brands’ work examines the building blocks of America as we know it today.

A native of Oregon, Brands moved in 1981 to Austin, where he earned a Ph.D. in history from UT. He toyed with the idea of also pursuing a doctorate in mathematics, building upon the master’s degree in math he had attained at Portland State University. But he decided to focus on history, teaching at Texas A&M from 1987 to 2004 and returning to UT as a faculty member in 2005. Brands’ dedication to the craft has been honored with numerous bestsellers and awards, including twice as a finalist for the Pulitzer Prize.

“His knowledge of American history, as far as I can tell, is almost seamless,” says Stephen Harrigan, a friend and author of the 2019 Texas history, Big Wonderful Thing. “But maybe the real key to his prolific output is his attitude. Writing isn’t a task for him, it’s a sunny occupation. He doesn’t fret about writing his books, he just writes them.”

TH: You commuted between your home in Austin and your teaching job at Texas A&M for 17 years. Did you have any favorite roadside stops?
HWB: I tended to not stop, but it inspired the first book I wrote on Texas, which was Lone Star Nation. I discovered while making that commute that I was taking the old Camino Real. When I would drive from Bryan back toward Bastrop [State Highway 21], I was essentially following the same route Stephen F. Austin himself took on his first visit to Texas.

TH: How did that lead to a book?
HWB: I was reading Austin’s diary, and I was struck by the number of times he described this Texas he was seeing for the first time as beautiful. What Austin was looking for was whether this was a place where people could actually make a living. Will farmers be attracted to come to Texas? He wanted to establish this colony to attract Americans to Mexican Texas. It was very interesting to feel I was seeing the Texas that Austin was seeing, and it intrigued me enough to pursue it for a book I wrote on the founding of American Texas.

TH: When you think of the 1920s, what historical relevance would you note for readers a century later?
HWB: I’ve been making a pitch to my publisher that I ought to write a book on the 1920s because there are connections. The first thing I will say as a historian is every era has its own importance and interest, but I realize most people want to see a connection. So, the 1920s was a time when the hottest issue in politics was immigration. And we have been arguing about immigration ever since. There was also a great concern the American economy was leading to some really big winners, and everybody else was just having to get by. And this, sometimes called the “new inequality,” is with us again. And the 1920s was a time when the United States was debating very deeply the role of the U.S. in the world. There was a feeling that America had been over-extended in Europe in World War I. And so there was a strong movement toward let’s just pull back and deal with what’s happening in the United States itself. And we see a lot of that right now—a feeling America, by 2020, was overextended in Afghanistan. And there was definitely a feeling in the 1920s—and this is not confined to these two decades by any means—that we’ve embarked on this new era in American life. There are parts of it we like, but there are parts of it that make us feel things are getting out of control.

TH: Why has Texas had a relatively significant influence on the presidency in the past several decades?
HWB: A lot of it has to do with the fact that there are just a lot of Texans. Texas is the second largest state in the union, and therefore it has the second largest number of electoral votes. But it’s important to note something that Lyndon Johnson was fully aware of—that as long as Jim Crow segregation existed in the South, including Texas, there weren’t going to be any Texas presidents because Americans as a whole didn’t like that system. When Johnson became president by the assassination of John Kennedy, he was in a position to do something no one had been able to do before—cajole and shame the South into tolerating the end of the Jim Crow system. He realized it had to be a southerner to do that. Johnson dragged us out, kicking and screaming, into the 20th century.

TH: And this opened the door for others, such as the Bushes?
HWB: That’s right. Once the South abandons Jim Crow, then all of a sudden southerners become acceptable. And Texas, and more broadly the South, becomes a player in national and presidential politics in a way it wasn’t before.

TH: You’ve said you don’t consider yourself a Texan. Why?
HWB: I’m not a Texan in the sense that it’s not my identity. I’ve lived in Texas longer than I’ve lived anywhere else, but I think it’s where you grow up that really matters. And in the case of Texas, I think it’s whether you’re here in time to take the seventh grade Texas history class. Because that’s when you learn what it means to be Texan. It’s really a rite of passage. That’s one of the reasons that what they teach in that class has been such a big deal over the years.

TH: Has your mathematics background influenced your work as a historian?
HWB: There are people who apply data analysis to history, but to me that spoils the charm of history, which is the unique, rather than what you can work into a numerical model. If there’s a way the approach of mathematics has influenced my approach to history it is to make me impatient with what I consider to be lazy or casual reasoned arguments. One of the things a mathematical mindset insists on is showing the reasoning. Higher mathematics is entirely reason. You prove theories. Just today, I was talking to a student about a paper and I said, “You have to make clear the logical basis of your argument; show me your evidence.” I stress this because these students are going into a world where a lot of what passes for reasoning is utterly specious.

TH: How do you make time to teach and write all your books?
HWB: My teaching actually reinforces my writing, and vice versa. I have insisted from the beginning that I teach every semester an introductory course on American history. In the fall it’s a course that covers colonial times to the Civil War, and in the spring it’s from the Civil War to the present. So I’m always thinking in broad terms about American history. When I decide to write a book on some facet of American history, I already know the concepts; I already know where it fits in the broad scheme of things. I usually know what the documentary evidence is going to be. I like to think I have about a 75% head start when I start writing these books. I like almost every aspect of the craft of writing. I also like the research. I don’t employ research assistants because it’s just as much fun to discover this stuff myself. I never know exactly what I’m looking for until I find it.

TH: What is a favorite of the hundreds of haikus you wrote for Haiku History: The American Saga, Three Lines at a Time?
HWB: I don’t know that I have a particular favorite, but one various people responded to is early in the book, when Indians on the East Coast see these ships coming. It’s this dawning: Oh wait, there’s a world out there; there are other people.

The white ships appear
The bearded ones come ashore
Who the hell are they?

Keep up with H.W. Brands’ work and historical poetry on Twitter, @hwbrands. His latest book, Our First Civil War: Patriots and Loyalists in the American Revolution, was published in November.