Western Wear and Décor from Smithville 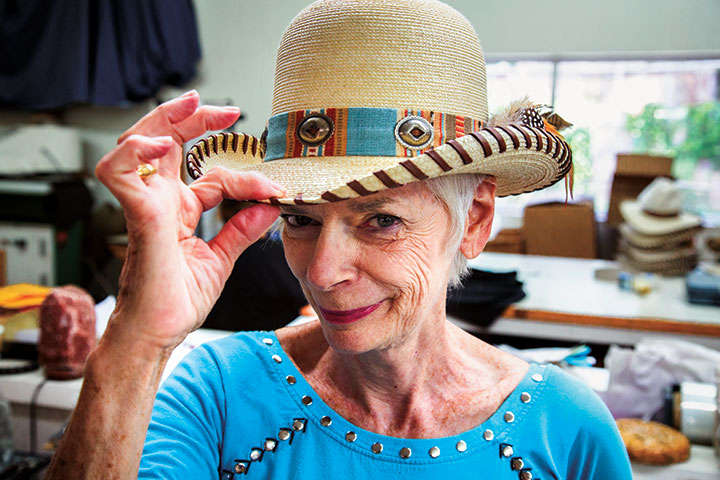 When Patricia Wolf was a little girl growing up in Pennsylvania, she often fell asleep at night gazing at the posters of Western landscapes she’d put on her wall, thinking: “Someday, I’ll live in Texas.” 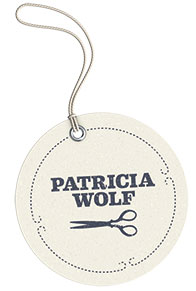 So, when she and her husband, Sam, decided to settle down after six years on the road selling Pat’s handmade apparel in their tricked-out school bus called the Prairie Schooner, they came to Smithville. That was 1976. Almost 40 years later, Patricia has established herself as an authority of flashy Western style. Still inspired by the landscapes of Texas, she designs and sews sumptuous Western-wear pieces that would make you the star of any rodeo. And it’s a family affair: Her husband styles the vests and concho belts, and her son, Zach, makes jewelry and home décor furniture.

Wolf’s unique fashion alchemy takes place in a former-grocery-store-turned-textile factory on Main Street in the heart of Smithville, about 45 miles southeast of Austin. Overflowing boxes of lambskin, Tibetan/Mongolian fur, and deer suede stack up next to racks of patterns hanging from the wall. A handful of employees work at sewing machines, lean over cutting tables, and thread long ribbons of brown suede through handsome cowgirl shawls.

While Patricia Wolf says she faces increasing pressure from overseas manufacturers, plenty of people still want the real deal, designed and sewn by Texans with the best materials. Reba McEntire, the Dixie Chicks, Alan Jackson, Loretta Lynn, and embers of Bon Jovi have all worn her creations.

Call 800/728-9653, www.patriciawolf.com. A factory sale Dec. 6 coincides with the Smithville Festival of Lights.