My Hometown: Southwestern History Runs Deep in the Border Town of San Elizario 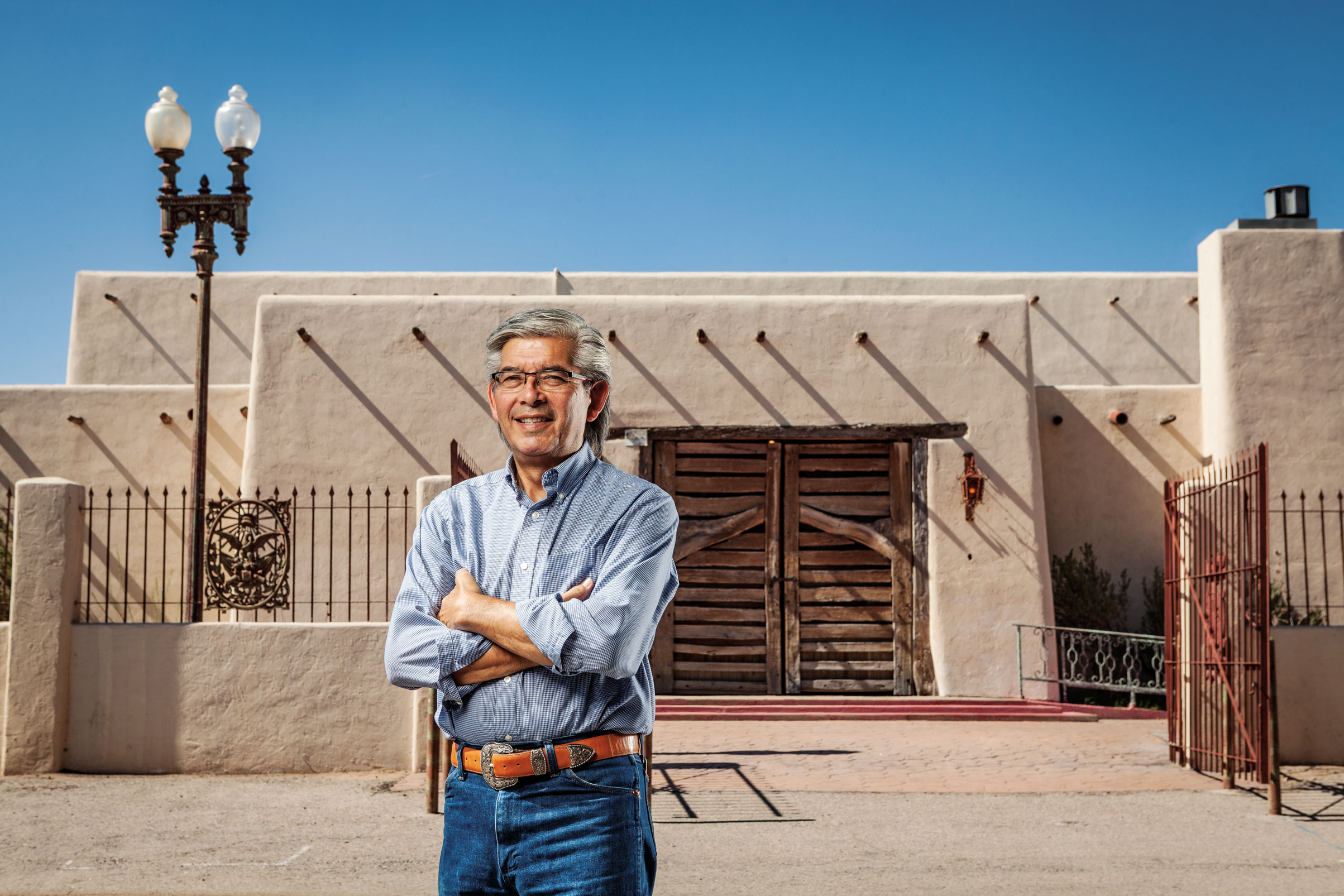 As he guides walking tours of San Elizario, Al Borrego paints a vivid picture of the town’s 400 years of borderland adventure and enterprise.

On Main Street, Borrego describes the day in 1598 when explorer Juan de Oñate marched through with an expedition of 500 colonists. Outside the immaculate San Elizario presidio chapel, Borrego explains how the community was actually south of the Rio Grande until an 1829 flood realigned the river. At the Old El Paso County Jail Museum, he recounts how in 1876, Billy the Kid liberated a jailed associate without firing a shot. San Elizario grew up as a Spanish military fort and farming village, about 20 miles southeast of El Paso. Acequias lace the town like veins, irrigating crop fields and adding to the Southwestern feel of the colonial layout and historic adobes that now house residences, galleries, and offices. A painter with a downtown gallery, Borrego champions local history as president of the San Elizario Genealogy and Historical Society, which hosts walking tours and operates the Los Portales Museum and Information Center.

Although it’s not a mission church, the San Elizario presidio chapel is one of three sites, along with mission churches in Ysleta and Socorro, that anchor the El Paso Mission Trail.

“My dad’s family I can trace back here in San Elizario to about 1816, and my mom’s family came to Socorro around 1880, right when the train got here. My great-grandfather on my mom’s side was a Chiricahua Apache from Arizona. He was working with the railroad, and this is where he finished working on it.”

“We call ourselves the birthplace of the American Southwest because when the Oñate expedition came through here in 1598 he claimed New Mexico for New Spain. Oñate also created El Camino Real de Tierra Adentro from Mexico City to Santa Fe, the thoroughfare of merchandise for almost 300 years into the American Southwest. Everything you see here now—the people, the faith, plants, domestic animals—all of that went through here.”

“I used to be the president of the El Paso Art Association, and because I know so many artists, I started bringing in artists and building the Historic Art District. We’ve got about 52 artists that exhibit in the district, mostly from the region. We’ve had them from all over the place, artists from Canada and from Mexico.”

“We always get lumped in with El Paso. San Elizario was born in 1598, and El Paso was born in 1873. So, there’s a big space in there. Of course, El Paso’s the one that grew. I think that’s a result of the Salt War of 1877, when the people that were running San Elizario left and moved north to what is now El Paso.”

“It’s an honor to be able to call this your church. Since I’ve been here, I’ve gone through seven or eight different priests. There’s been some really good ones, and then some that don’t care about our heritage and history. Those you have to protect against because they want to make changes. When I do tours, I never bring anybody inside because it’s my place of worship. I tell them what to look for when they come in, and I wait outside.”

“The angel candelabras near the altar are probably the oldest relics in the church, donated in 1854. Now, they weren’t here when I got back to San Elizario, and I asked the priest, ‘Have you heard about the angel candelabras?’ He announced it at Mass on Sunday, and that Monday they were outside on the church steps.”

May 31-June 2
Billy the Kid Festival

Where Do You Want to Go Today?