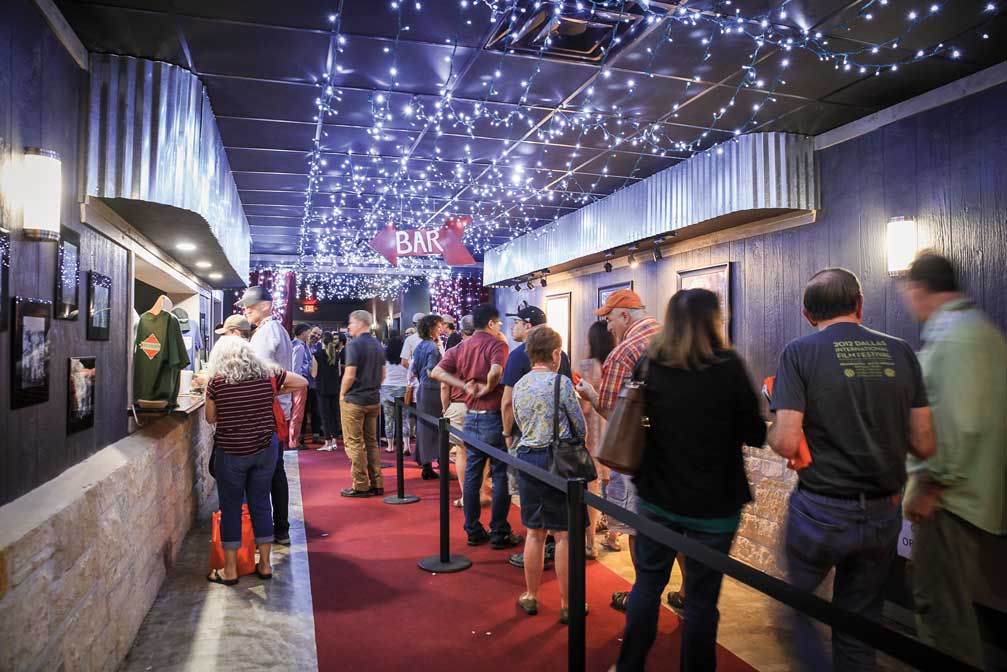 Fredericksburg’s Fritztown Cinema hosts the Hill Country Film Festival, which has tripled in attendance since 2010.

Remember: You do it because you love it,” said Tom Provost, sitting on a stage flanked by three other screenwriters, all surprisingly chipper for 9:30 on a Saturday morning during Fredericksburg’s Hill Country Film Festival. 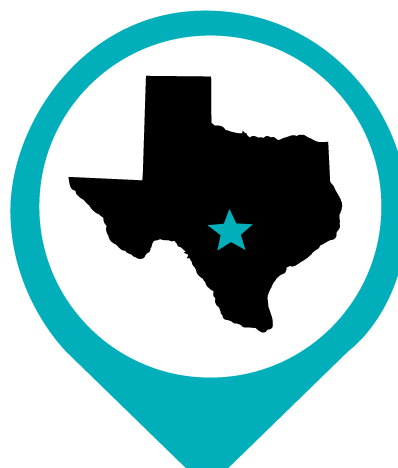 These four writers from Los Angeles and New York—all with Texas roots—had the audience on the edge of their seats as they shared trade tips during a screenwriting panel discussion. “I was trying to be an actor,” added Provost, “but you have to have hair to do that.”

It’s hard to say if these guys are always so amusing or if they’re just in an extra good mood because they are on the roster at the Hill Country Film Festival, an indie film-lover’s nirvana plopped down in the Texas hills. Held in the capacious four-screen Fritztown Cinema, a half-mile from Frederickburg’s lively Main Street, the festival screens documentaries, shorts, and feature films for three days straight. In between, smart panels and entertaining after-parties at locales throughout town combine to make the Hill Country Film Festival a welcome find for filmmakers and movie fans. At press time, this year’s movie selections and panel lineup were not yet available; on March 20, the festival will post announcements on its website and Facebook page.

“I just feel like this is a really fun, not-as-stressful festival,” said Bradley Jackson, whose 2015 feature film, Balls Out, starred Saturday Night Live’s Kate McKinnon. Several years ago at this festival, Jackson hit it off with fellow filmmaker Andrew Disney, leading to their collaboration on Balls Out. Jackson has also attended the festival with Luke Korem, with whom he wrote the documentary Dealt—about a charismatic blind card magician from San Antonio—which was a headliner at last year’s festival. “Dealt just played SXSW in Austin, which was fun but manic,” Jackson said before last year’s screening in Fredericksburg.

The festival’s popularity is rooted in its careful attention to both indie filmmakers and the audience. Word is getting out.

Chad Mathews founded the Hill Country Film Festival in 2010 after graduating from Texas Christian University and working in the LA film industry for 15 years. His family’s roots are in Fredericksburg, and he wanted to start a film event here. “I’d been to film festivals all over the U.S.,” said Mathews, who lives in Fort Worth, “and when I was at a really cool, smaller festival, I’d think, ‘I know enough filmmakers to do this.’ So in 2010, I launched my first film festival here, thinking it might be a one-off, just a fun experience. That first year was a small gathering, but the folks who did attend were really into it. So after that, it’s just snowballed—it’s growing in a way that I really like.”

The festival’s popularity is rooted in its careful attention to both indie filmmakers and the audience, which has tripled since its first year. In 2010, the HCFF screened 46 films to about 300 attendees; in 2017, it screened 102 films and recorded over 900 in attendance. The word is getting out. “Any filmmaker accepted into HCFF can know without a doubt their films will look and sound great, and given HCFF is growing rapidly every year, they will have an audience for their movie,” said Provost, who graduated from the University of Texas at Austin. Now based in LA, Provost wrote and directed The Presence (2010) and teaches at Pepperdine University. “The indie film world can be such a struggle. HCFF is both a respite for a filmmaker and it’s also very energizing.”

The audience, too, taps into the energizing quality that pervades the festival. Fans and aspiring filmmakers can visit with the pros at the many easy-access panels, post-screening discussions, and happy hours. The excitement is palpable when sitting in a packed house; appreciative film fans are quick to laugh and ask questions at the Q&A sessions afterwards. There may be wait times to get into the higher-profile films, but the lines are never too long, and the staff opens up second theaters when they can.

Plus, it’s fun to make pals in the queue. At last year’s festival, a friend and I were in line for a Friday night showing of Camino, a raucous film about two likable pranksters who accidentally steal a cooler of human organs only to be chased around the East Texas woods in their El Camino. Standing next to us in line was a silver-haired, chisel-faced man named Rey Washam who, we soon found out from his wife, plays the murderer in the movie. “I’m one of the bad guys,” he revealed as our line inched forward into the theater. “It’s an easy part for me.” Indeed, with his deadpan delivery, Washam stole the show.

While the Hill Country Film Festival screens national and international films, about 25 to 30 percent of the movies are Texas-made.

While the Hill Country Film Festival screens national and international films, Mathews said about 25 to 30 percent of the movies are Texas-made. Texas screenwriter Paden Fallis’ poignant As Far As The Eye Can See, a Texas small-town tale of a former piano prodigy reckoning with his past, was screened at the fest in 2017. It has since been picked up for distribution and in March 2018 was released for on-demand and DVD. This emphasis on Texas happened naturally. “Word of mouth between filmmakers in Texas is good and positive,” Mathews said. “They are often looking at smaller market festivals, plus we are only 70 miles away from Austin.” 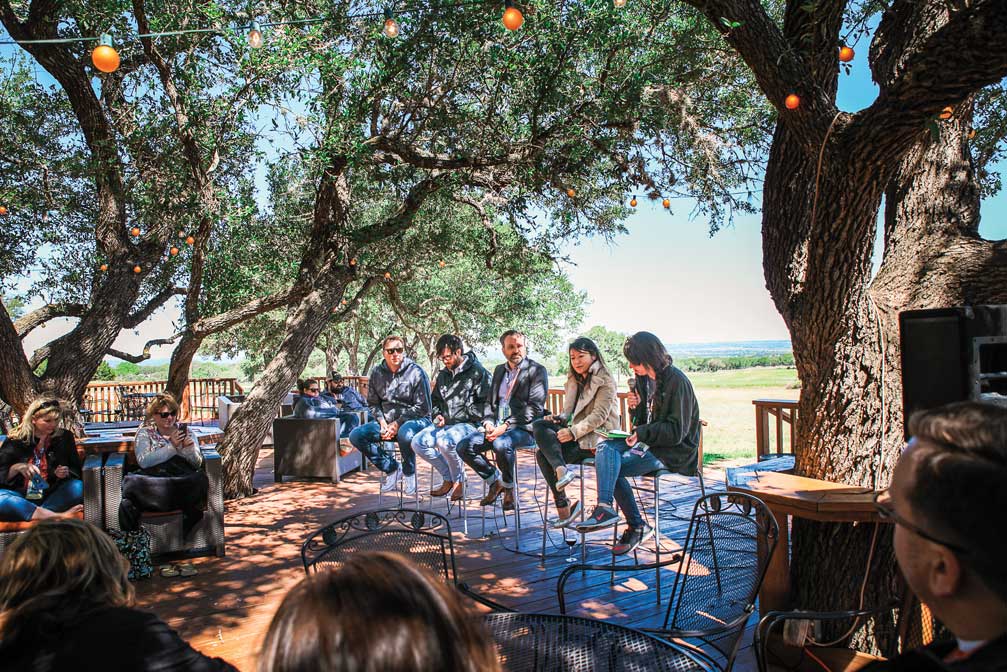 The festival plans to announce its 2018 selection of movies and panels—like this one at Pedernales Cellars—on March 20.

Not only do you get a big dose of the film world at the Hill Country Film Festival, you also get a different look at the artistic side of Fredericksburg. With after-parties at charming locales like West End Pizza Co. and Pedernales Cellars, and a closing awards reception at the Admiral Nimitz Museum’s ballroom, the festival provides a taste of the town that goes beyond bratwurst.

And everywhere, there is the buzz of film enthusiasts. You can eavesdrop on filmmakers seated at picnic tables praising the perfect plotline of Silence of the Lambs or exclaiming over the improbability that Spielberg made both Jurassic Park and Schindler’s List in a single year (1993). This is one film festival where, with a glass of Hill Country wine in hand and a Texas breeze as the only distraction, both filmmakers and fans alike can revel in their shared zeal for cinema.