The buffet-style restaurant used to be a swingin’ dancehall 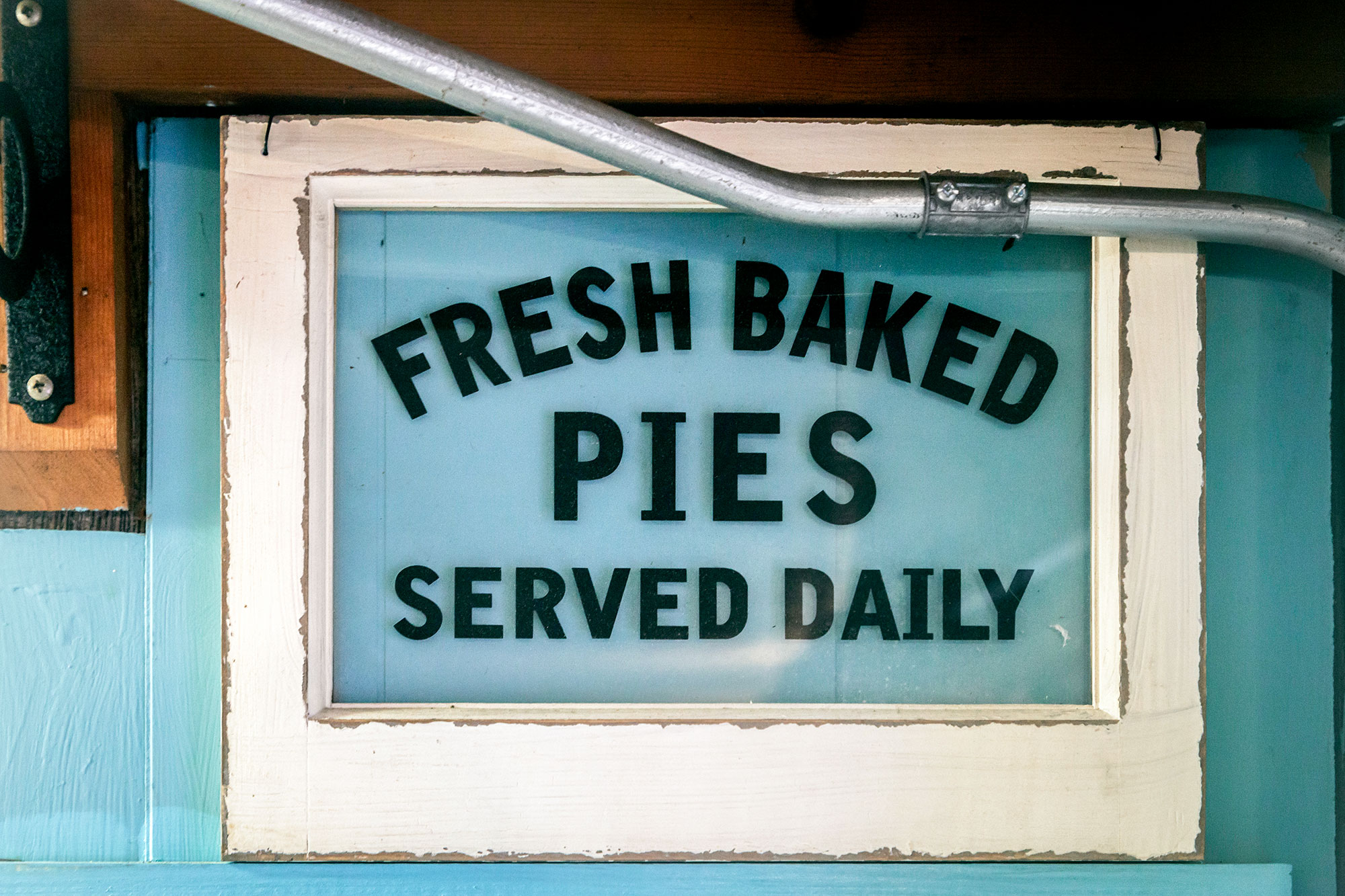 When Kay Villalpando was a child in the 1950s, her parents sold dance tickets at Sunken Garden, an open-air pavilion where seemingly half of Lavaca County came out every weekend to polka, waltz, and two-step on 4,000 square feet of glazed concrete. “It was quite an experience for a little girl,” Villalpando says. Gesturing to an elevated structure with an ornate rock backdrop, she notes, “This was the bandstand.”

From its opening in 1936 until the late ’50s, when the advent of air-conditioning moved the party to indoor venues, Sunken Garden made Shiner the swingingest small town in Texas. All the big Texas swing and polka bands, including Houston’s Blue Ridge Playboys, played here to capacity crowds of 500, according to the Lavaca County Historical Commission. But these days, dining, not dancing is the draw.

The old dance floor is now the parking lot for Sunken Gardens, Villalpando’s healthy homestyle buffet restaurant that suggests a merger between Whole Foods Market and Golden Corral. The walls are covered with framed, enlarged photos of dances from Sunken Garden’s heyday. “We added an ‘s’ to ‘Garden’ to make it our own,” Villalpando says of the slight name change, “while also acknowledging some great memories that were made here.”

Originally named because it’s naturally carved out of a small hill near Boggy Creek, Sunken Garden began as a downhome entertainment complex with cabins, roller skating, a Mexican restaurant, and a beer garden, in addition to dancing. “New Pleasure Resort Opens in Shiner,” was the headline of an April 1936 article in the Shiner Gazette. 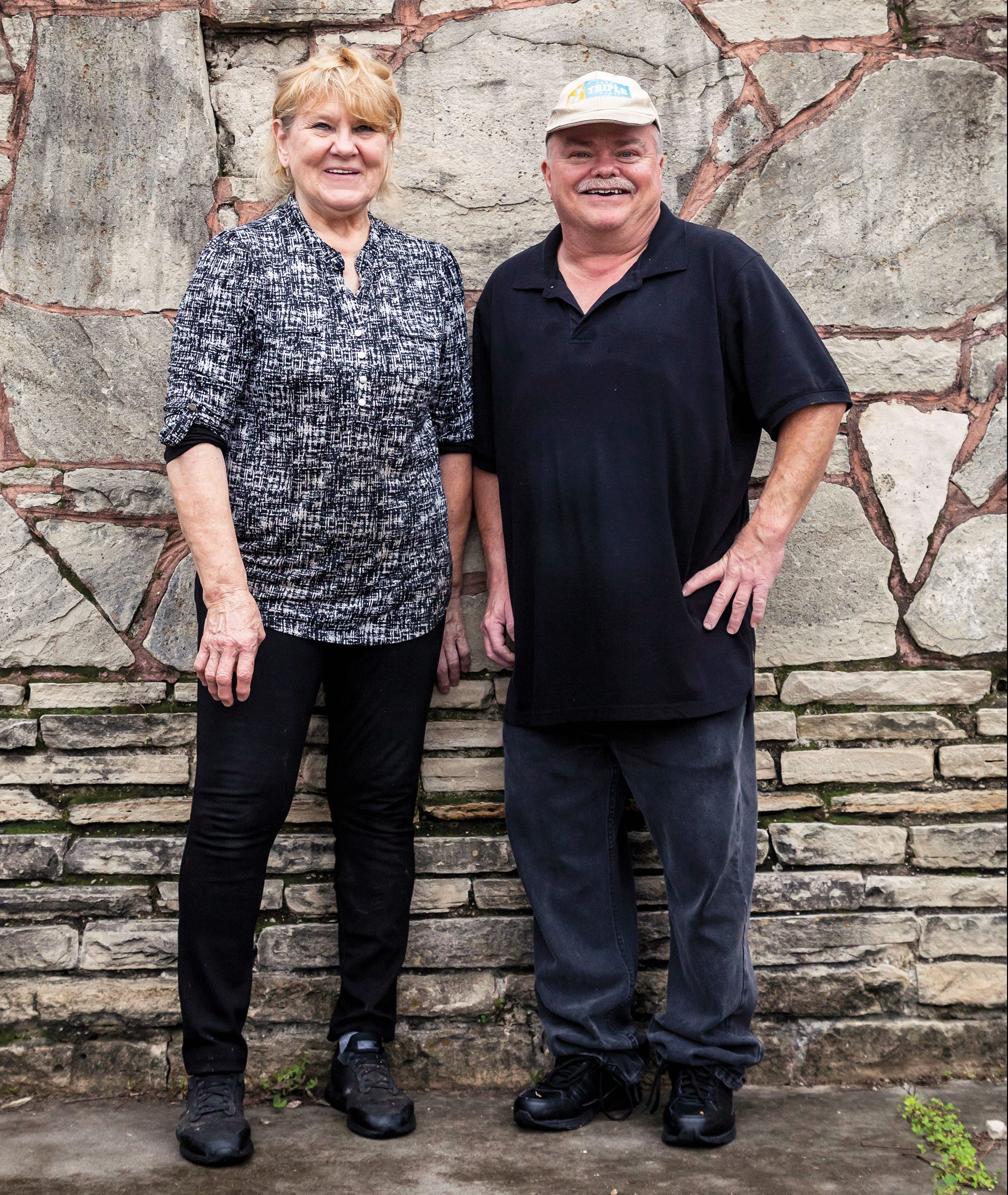 After the dance pavilion closed in the late ’50s, the main building hosted a succession of restaurants, including Gussie’s Place, Swanks, Shimek’s BBQ, The Hot Roll, and Pizza Barn. Villalpando and her then-husband, Dominic Villalpando, took over the space in 1999 as the new location of their Country Corner Cafe, a restaurant they’d opened in 1993, whose original building in Shiner was damaged in a fire.

Business was good, but six years ago the divorced mother of four decided to make a change in the menu for her kids, who all worked and ate at Country Corner, and for her community, which didn’t have healthy restaurant options. “We didn’t know what to expect from our old regulars,” she says of the change, “but everyone seems very appreciative.” The new name would not only be nostalgic, but an apt description of the fresh menu. Out went anything that had been artificially preserved or genetically modified, and in came the highest-quality natural ingredients. The running of the restaurant is a family affair with Villalpando’s children responsible for design, ownership, and ambiance, and other family members helping out in the kitchen.

“Some folks were begging me to put enchiladas (a best-seller at Country Corner Cafe) back on the menu, but they’re just not healthy,” Villalpando says. The only recipe that carried over from the previous incarnation is the white, creamy salad dressing made with Shiner Light Blonde beer. The 110-year-old Spoetzl Brewery, Shiner’s top tourist attraction, is only two blocks away. “We catered a dinner there about 10 years ago, and the rule was that every dish had to include Shiner beer,” Villalpando says with a laugh. The dressing was a hit. 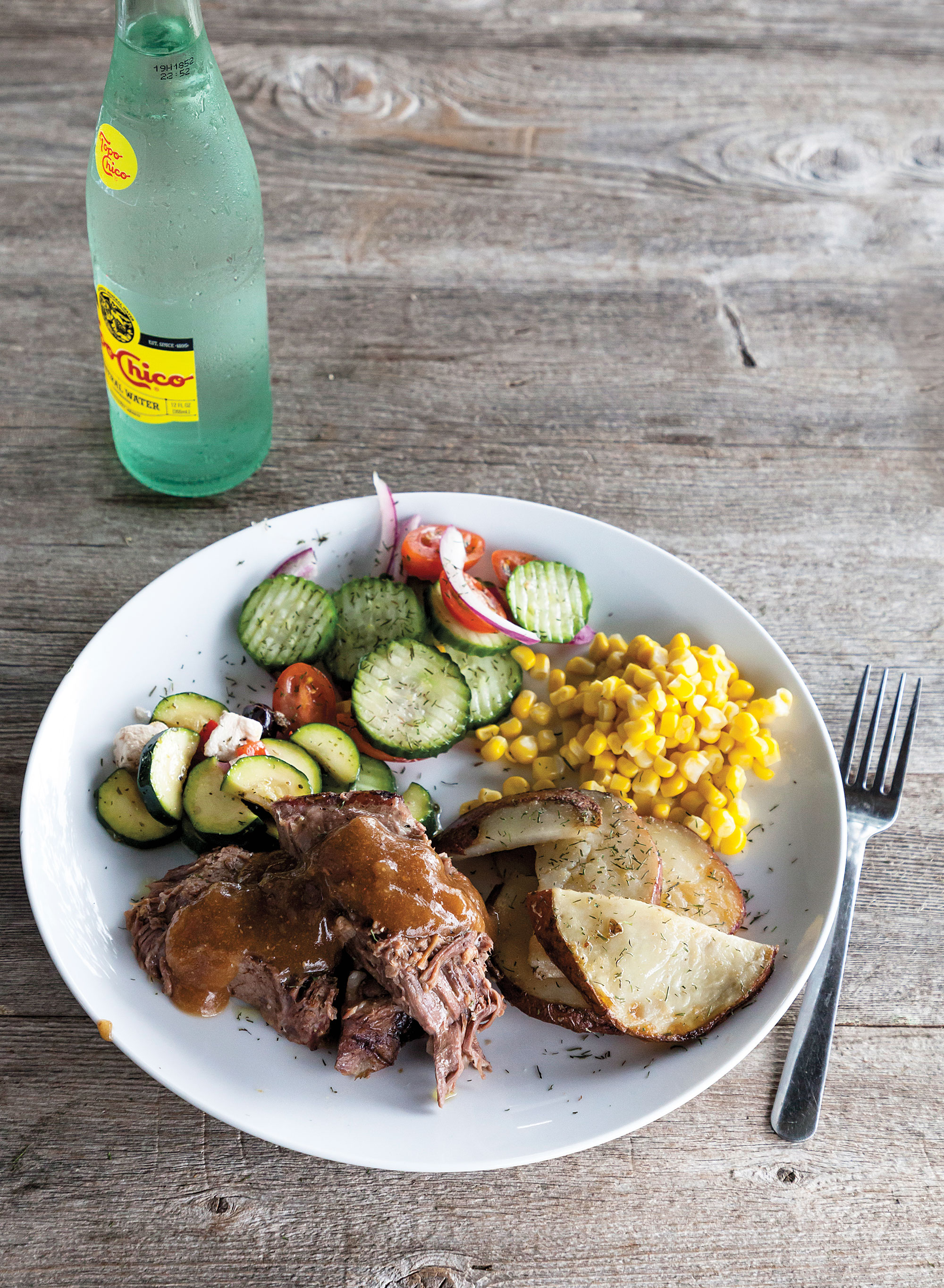 Shiner resident Jeff Pesek calls Sunken Gardens “a blessing for a town our size. It’s tasty and healthy, when you’re usually either one or the other.” The catfish, for instance, is coated with a gluten-free corn flour and fried in peanut oil, which is low in cholesterol and saturated fats. And kale is plentiful at the salad bar.

Rather than the “all you can eat” format which encourages gluttony as an instrument of value, Sunken Gardens charges $6.99 a pound. After the restaurant closes at 3 p.m., the leftovers are frozen and eventually taken to Bluebonnet Youth Ranch in Yoakum, a nonprofit that provides housing for abused and neglected children. 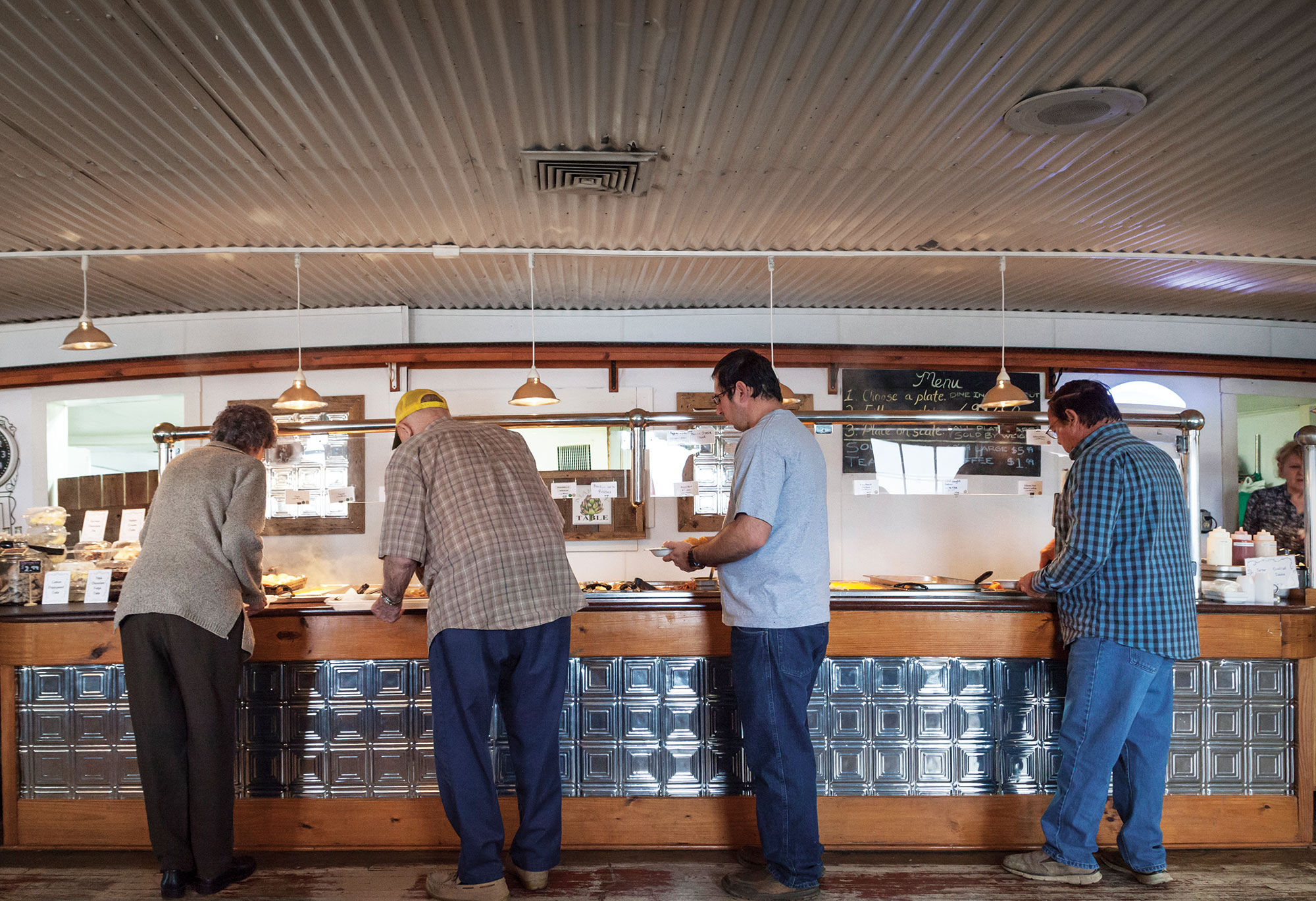 The workday starts for Villalpando at 5:30 a.m. The oldest of 10 children, she became the family cook in her pre-teens after her mother died, and she’s been working in kitchens ever since. Every Monday through Friday, she parks her car where people once glided gracefully across the dance floor and heads up the stone steps for another day of serving the community. They do things in the kitchen a little differently than in the old days, but the connection to the past is strong.