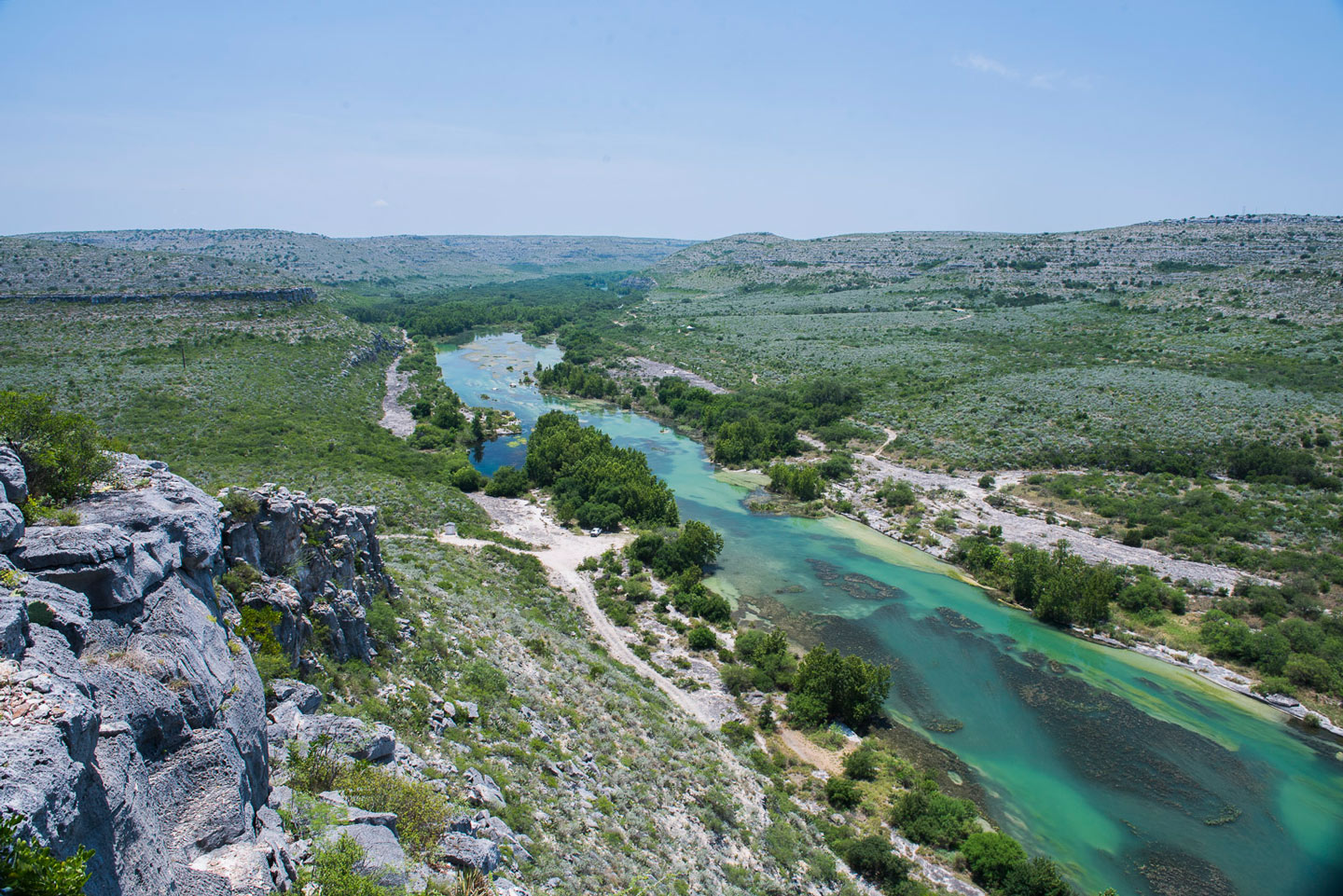 Bumping along an isolated dirt road in Southwest Texas, we spotted a group of tan spots on a distant hillside striated by limestone ridges. At first glance it looked like nothing but a scattering of rocks among the ocotillo and creosote bushes. In the focus of binoculars, however, the figures took shape as a herd of aoudads.

“They’re made for this country,” said Joe Joplin, superintendent of Devils River State Natural Area. But as an invasive species, the North African sheep can be harmful to the native flora fauna of the arid landscape. “They really do too well here and throughout the Desert Southwest.”

The opportunity to see herds of exotic and native wildlife is one of the attractions of exploring Devils River State Natural Area, about a 90-minute drive from Del Rio. The 20,000-acre former ranch offers some of Texas’ most remote and scenic backcountry for hiking and camping. And you can witness the beauty of the Devils River itself without ever having to get in a boat.

Set at the transition zone of the Edwards Plateau Hill Country, Chihuahuan Desert, and Tamaulipan Thornscrub, the state natural area is characterized by dry hills and bluffs bisected by dry creek beds and valleys that funnel to the Devils River.

“You can hike for hours in one direction and not see anybody,” Joplin said. “It’s not like we had to design it that way. It’s just the fact that it’s so remote that keeps it that way.”

The state natural area has a visitor center with informative displays about the Devils River and the region’s flora and fauna. The park is a popular spot for viewing birds and other wildlife, such as snakes, foxes, armadillos, porcupines, skunks, raccoons, and more occasionally bobcats, mountain lions, and the rare black bear that wanders up from Mexico.

The state natural area also offers day-use access to the riverfront, but you’ve got to walk nearly a mile from the parking lot trailhead to get to the river. It can be a very hot hike in the summer, but it’s worth it to see the oasis-like riverside with its groves of pecan, elm, ash, and sumac trees. Along the bank, Finnegan Springs releases clear, cool water from a limestone cliff, creating a substantial water source for the river.

Devils River State Natural area offers seven drive-in campsites and two walk-in campsites (none has power or water), and a group barracks with 10 beds. The barracks has a bathroom and a grill, but no kitchen.

In 2011, Texas Parks and Wildlife acquired the 18,000-acre Dan A. Hughes Unit, located about 15 river miles south of the Del Norte Unit. The south unit is closed to the public except for guided tours, public hunts, and through the Devils River Access Permit program. Parks and Wildlife is developing the southern unit to eventually open it to the public; there is no timetable for its opening.