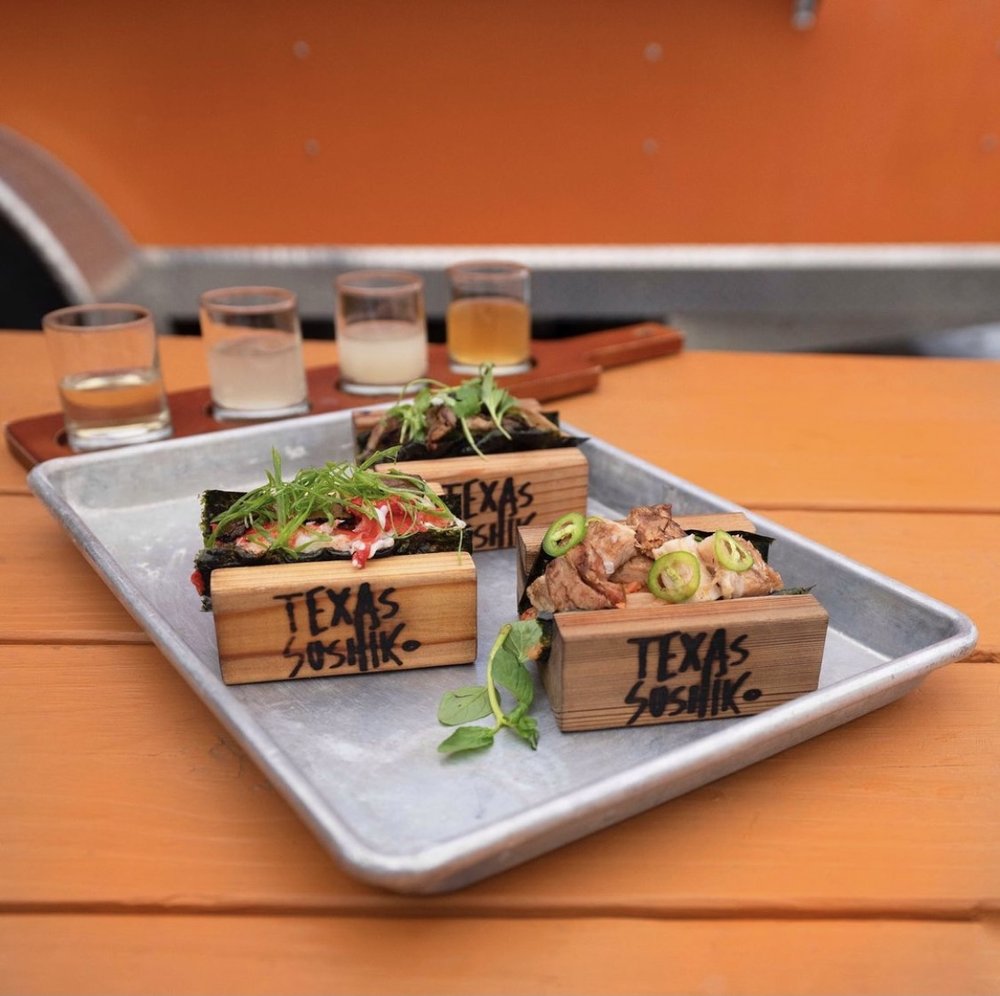 At Texas Saké Company, steel tanks filled with fermented rice emit a sweet and nutty perfume. Every Thursday to Sunday, visitors trek to its location in Austin’s hip St. Elmo neighborhood to sample a broad selection of sake made by the only sake brewery in the state.

Founded in 2011 by toji (master brewer) Yoed Anis, the company was acquired in 2013 by entrepreneur Tim Klatt, his brother, Nathan, business partner Adam Blumenshein, and an investor named Hank Legere. “I was super intrigued by this idea that there was a local brewery making sake,” says Klatt, who was in the middle of developing Strange Land Brewery when he acquired Texas Saké Company. “That’s been the motivating factor, having a fermented alcoholic product that no one else is doing and making really high-end sake here in Austin.”

In 2018, Klatt, who is now the vice president and COO, moved Texas Saké Company to The Yard on St. Elmo Street, where he and his small team operate out of a 4,800-square-foot production facility and taproom. “Because sake is so niche, a big part of what we’re doing is educating how we make it here,” he says.

Much like wine, beer, or other distilled spirits, sake is layered, nuanced, and comes with its own learning curve. “When we deal with The Alcohol and Tobacco Tax and Trade Bureau [the federal agency that regulates alcohol, tobacco, and firearms sales], they consider us a brewery because sake is based on a grain,” he explains. “But here, with Texas Alcoholic Beverage Commission, we have a winery permit. And then, a lot of people think we’re distilled. There’s ambiguity, but to me, it’s fundamentally a fermented beer product—we just use rice instead of barley.”

Ultimately, brewing sake is a labor of love that boils down to four key ingredients: rice, koji, yeast, and water. Here at Texas Saké Company, they use a premium Calrose rice from California, 30% of which is milled away, resulting in starch-rich kernels that are soaked and steamed. Next, a homegrown fungus called koji is added to the rice, which turns the starches into sugar. Simultaneously, a classic yeast is converting those sugars into alcohol through a fermentation process that lasts from five to six weeks. The sake is then pressed, strained, pasteurized, and conditioned, or aged, at cold temperature from a month to three months. After conditioning, the sake is filtered and pasteurized a second time after bottling. The company currently sells the sake on its website and at certain Whole Foods, Central Markets, H-E-Bs, plus a handful of independent retailers, which you can find here. 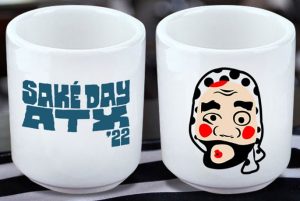 As for visiting their Austin facility, tours have been closed since the pandemic, but Klatt is planning to reintroduce them by the end of the year. In the meantime, patrons can get a taste of the process through the team of well-educated bartenders working in the taproom. “Our bartenders have incredible sake knowledge,” Klatt says. “We talk everything from the different kinds of rice and mill rates to how koji gets made.”

Guests can also try a wide range of offerings, from junmai to nigori, oak-aged varietals and fruit-infused sparkling sakes, plus taproom exclusives. Every week, they also make frozen sake cocktails that can be enjoyed over dishes by Chef Michael Carranza of Texas Sushiko, the food truck located out front. “In the next three to four months, we’re going to build a fully enclosed glass sushi kitchen and bring this experience inside,” Klatt says.

Buy tickets online or in-person for their World Sake Day celebration on Oct. 1, which commemorates the start of the sake brewing season in Japan. To mark the occasion, they’re releasing a new Still Austin four-grain whiskey barrel-aged sake that’s sure to expand the mind and palette.

“We take a very craft American approach to this,” Klatt explains. “A typical Japanese approach is clean, understated, and everything has its own traditional flavor profiles. Our tagline is ‘Inspired by tradition, but not bound by it.’ We want to pay homage to the vast history of sake production but make it our own.”