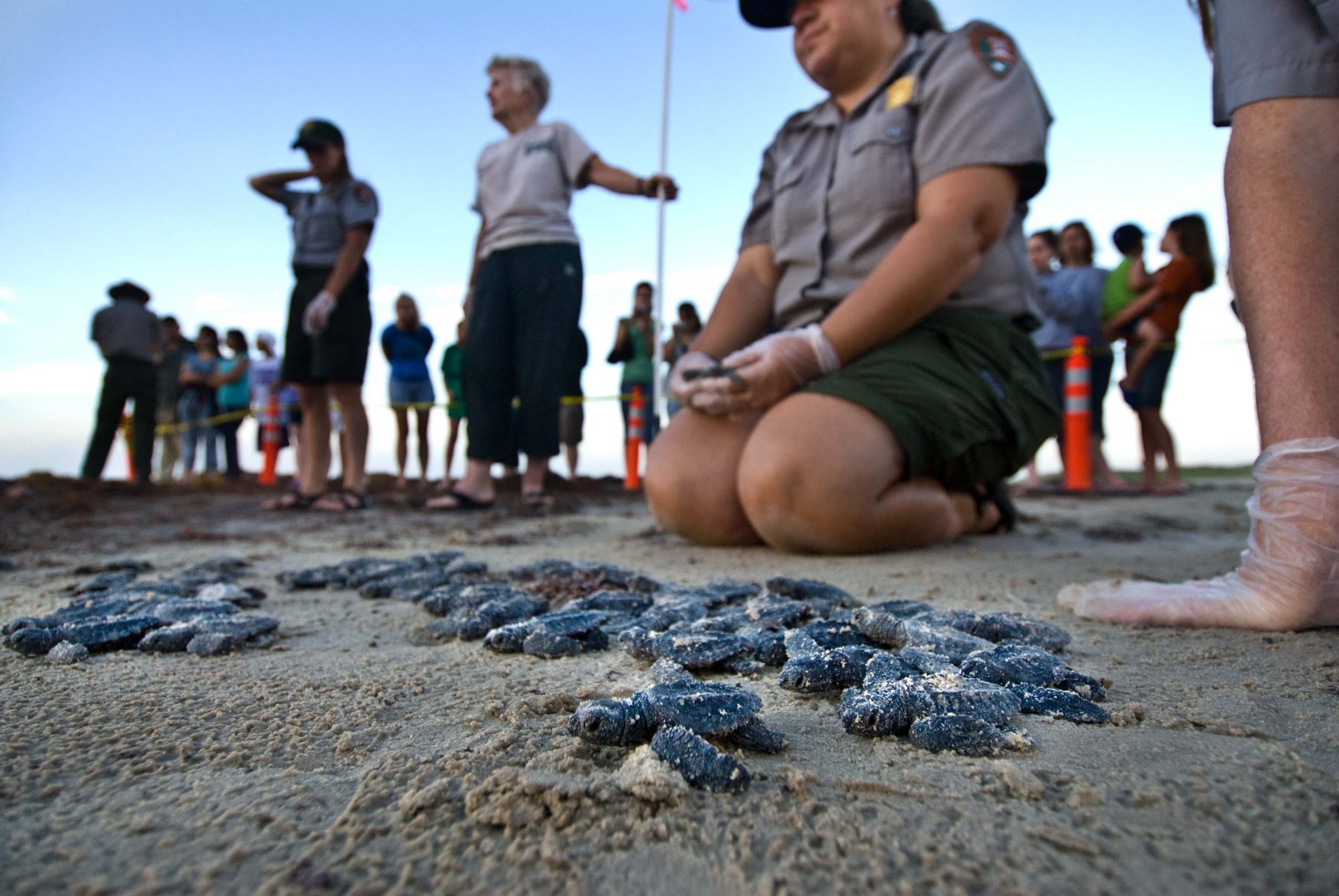 Sea turtles in Texas. Various views of Donna Shaver and her crew of workers and volunteers releasing turtles and searching for nests on the beach at Padre Island National Seashore.

Some stars walk a red carpet, but for Kemp’s ridley sea turtle hatchlings, a stretch of Texas sand is enough.

The hatchlings, which are about the size of a cookie according to Padre Island National Seashore, emerge from their eggs in the summer from mid-June to August. Onlookers gather to watch as the endangered turtles strike out for the Gulf of Mexico, where they will live and feed for the first years of their lives, eventually making it all the way to the Massachusetts coast. The females will return to Texas to nest.

Kemp’s ridley turtles have been considered endangered since 1970, and they nest at the Padre Island more than anywhere else in the country, according to the National Park Service.

PINS has a list of nest locations and projected hatch-dates— the next predicted hatch date for 2019 is June 12-16, with dates continuing through mid-July. However, hatchlings are unpredictable and emerge when they’re ready, according to the park.

Visitors can increase their odds of seeing hatchlings by planning several-day stays during a period when multiple nests are due to hatch—as long as they’re prepared to wake up with the sun. The usual start time is around 6:45 a.m.

Dr. Donna Shaver, who leads sea turtle conservation and recovery for PINS, sees the hatchling releases as an opportunity to raise awareness and educate the public.

“We can teach people not only how to help the turtles, but also how to keep from harming them inadvertently,” Shaver says. “That kind of education is important as the species recovers.”

You can see and photograph hatchlings up close, but don’t touch. According to the park, oil from human touch could interfere with the process of “imprinting” in which the turtle learns to recognize its natal beach, where it will likely return for nesting.

The hatchlings of Padre Island may travel hundreds of miles, but when it’s time for a female Kemp’s ridley to have a nest of her own, she’ll remember the beach of her birth and swim all the way home.