With coronavirus protocols in place, these wineries are keeping guests safe and thirsts quenched 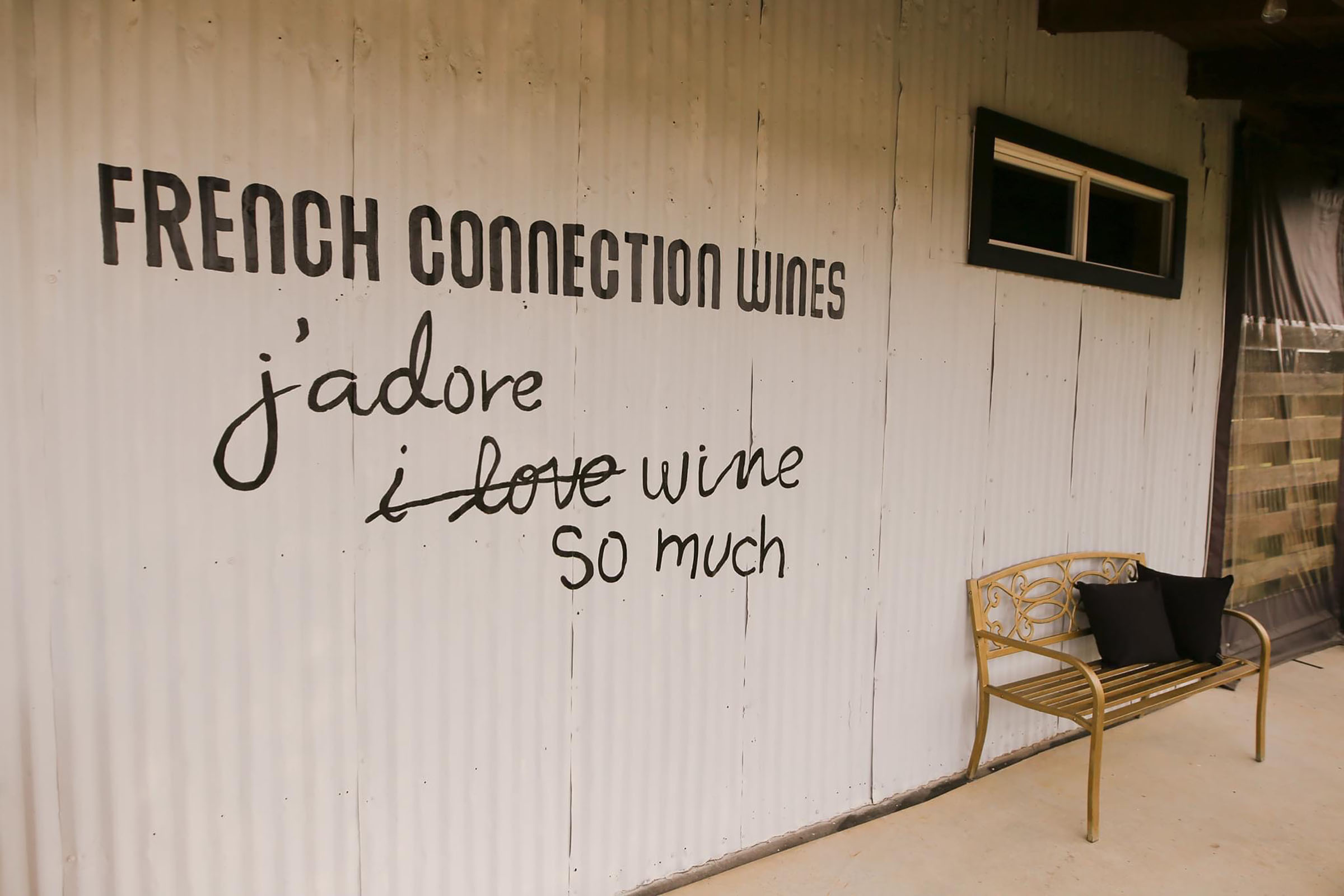 October is Texas Wine Month, and after several months of closed doors due to the pandemic, wineries are opening up to celebrate the art and science of winemaking in the Lone Star State.

In the last several years, the industry has been notably evolving and flourishing, and 2020 saw the number of statewide bonded wineries registered with the Department of Treasury grow to 790, up from 310 six years ago, ranking Texas fourth nationally for its number of winemaking facilities.

Though 70 percent of the state’s commercial grapes are grown in the High Plains region of the Texas Panhandle, a majority of cellar doors are found in the Central Texas corridor, and grape production is certainly picking up in that region as well. Because of this, the Hill Country is currently ranked the second most popular domestic wine destination for tourism, right behind Napa and Sonoma in California.

“Wineries are bringing home truckloads of prestigious wine awards and medals for making wine from Texas-grown grapes,” Cook says. “These are exciting times for our industry and Texas is indeed on the map for making high-quality wine.”

Here are five new destinations that are not only already gaining some much-deserved attention, they’re welcoming visitors this month.

Located just south of downtown Fredericksburg, this collaborative concept evolved from a family-operated boutique winery called 1851 Vineyards. Rebranded as Slate Mill Collective in January, the collective expanded the vineyard, winery, and tasting room to include 35 planted acres and a state-of-the-art winemaking facility offering custom crush services that enable startup brands to produce wines under the expertise of an accomplished winemaking team.

When the owners were forced to close their new tasting room this past March due to the pandemic, they diversified even more, introducing delivery services, wine, and snack bundles for curbside pickup and virtual events. Now they are open again with reduced capacity, tours by reservation, and Boudreaux’s Cajun Kitchen trailer on-site to enhance tastings.

“We’re thankful to have our tasting room open again, even at a lower capacity,” says Chase Jones, director of vineyard operations. “We’re fortunate to have large outdoor seating areas where people can sip wine safely, and our spacious tasting room allows for socially distanced tasting, too.”

After an engineering job brought him to Texas from France, Ben Calais’ winemaking hobby quickly developed from a small operation in Dallas’ Deep Ellum district to a winery with an underground barrel room in Hye. Calais Winery launched in 2015, quickly gaining acclaim for Texas-grown Bordeaux varietals.

In September 2019, Calais launched French Connection Wines to focus on Rhône varietals made from Texas grapes grown at higher elevations, from Alpine to Dalhart and all over the High Plains. Despite having to shut down operations twice for a total of five months, French Connection’s wine club already has a waitlist to join, but for now you can taste their wines by making a reservation for a tasting led by Calais himself.

“French Connection is on top of a hill with views of the whole valley, tastings are by appointment, and we make some less known varietals from the Rhône such as Counoise and Picpoul Blanc alongside the classic blends and varietals,” Calais says. 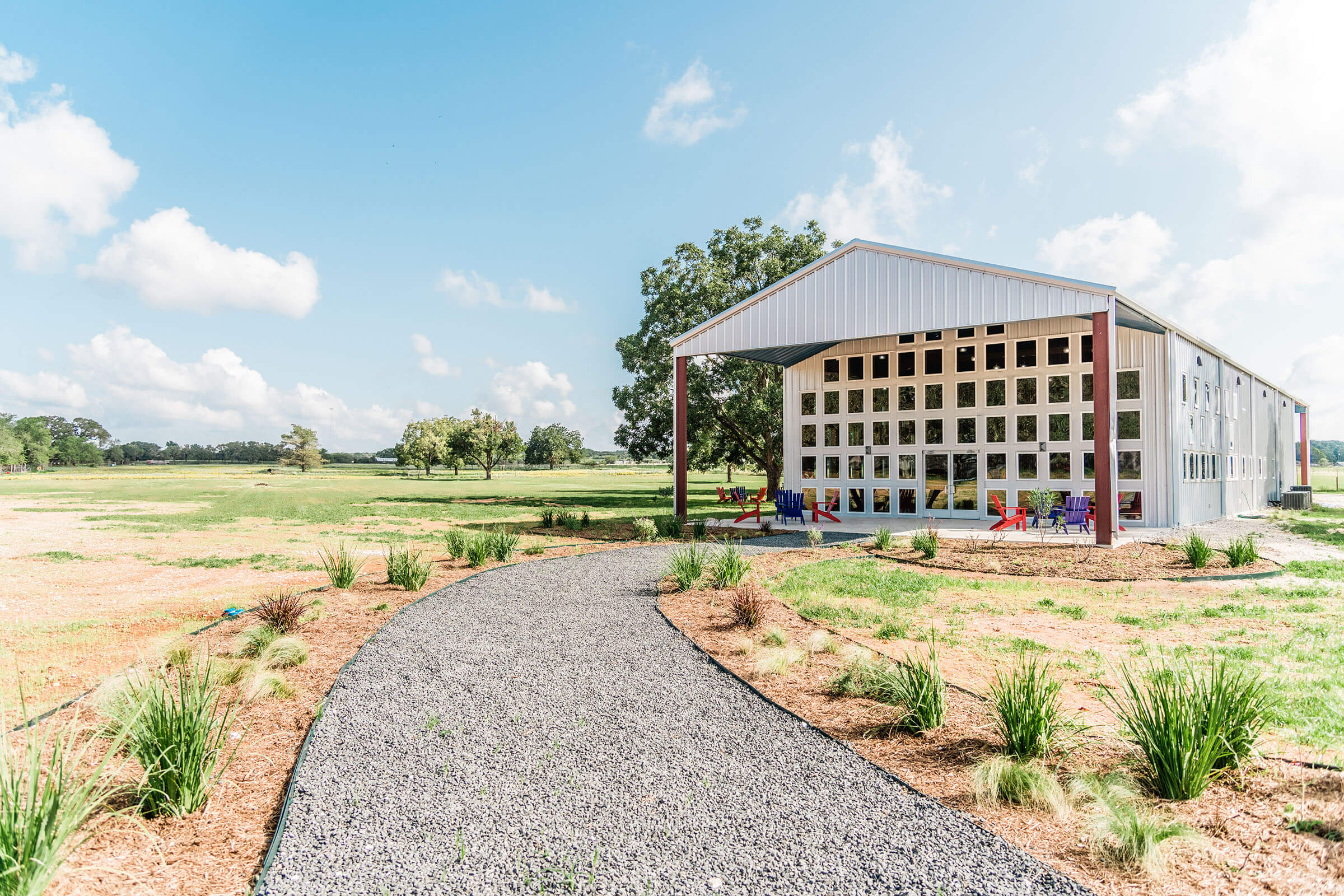 After completing a certificate in viticulture from Texas Tech and a winemaking certificate from University of California at Davis, then gaining experience working in Napa Valley, Nikhila Narra Davis co-founded Narra Vineyards in the Texas High Plains with her family in 2014. There, she sustainably farms 140 acres of grapes for her label Kalasi Cellars, including lesser known varieties like teroldego, a red Italian variety typically grown in northeastern Italy.

In late August, she and her husband, Greg Davis, launched a new Kalasi Cellars tasting room in northeast Fredericksburg featuring an Indian-inspired menu with offerings like samosas, tikka masala pizza, and a chaat sampler plate.

“We’re taking advantage of our large bar to socially distance groups, sanitize between each group, and have guests enjoy our wine outside,” Narra Davis says. “Together this has helped us ensure our customer’s safety, and we think has actually provided better experiences for our customers.”

Kristina and Adrienne Quiroz have memories of visiting their family’s 92-year-old farm in Johnson City while growing up, but they never guessed they’d be making wine on it. When Reagan Sivadon, an associate winemaker for Ron Yates and Spicewood Vineyards, married into the family seven years ago, experimentation began with grapes like mourvèdre and sangiovese. They started selling their label last summer, and had just started offering on-site tastings at the end of February when they had to suspend operations.

“We literally did two tastings, and then COVID forced us to shut down,” says Bryan Chagoly, co-owner and Adrienne’s husband. “It was very difficult because small tasting rooms and wine stores were the only places where we were selling our wines, and they were also all shut down.”

Rather than open an indoor tasting room, they decided to try offering something unique: a treehouse deck overlooking the vineyard, where guests can enjoy private tastings of their 100-percent Texas-grown wine. “We are so thankful to be back open now,” Chagoly says. “It has been wonderful to be able to share our vineyard and our wines with so many new people.”

Andy Bilger wanted to grow grapes and make wine since he was 17 years old but, after earning a bachelor’s degree in botany, his career took him in a different direction. At the age of 45, he decided it was time to finally chase his dream with the help of his wife, Elena, and his brother (and now head winemaker) Michael.

The spacious, Scandinavian-inspired Stonewall tasting room is reopen again, with plenty of outdoor seating and tours available by appointment. Their 2020 vintage is made with 80 percent Hill Country grapes and 20 percent High Plains grapes, and their mission is to be an 80-percent estate-grown winery, with a focus on grapes like mourvedre, touriga nacional, arinto, tempranillo, and sangiovese.

“We are optimistically looking forward to a full reopening whenever that is possible but until then we are operating at 50 percent inside capacity and following all government guidelines,” Bilger says. “2020 has made everyone in our family stronger and more centered in the here and now. Our customers have been a huge source of our strength and we owe a ton of of our staying power to their support.”