The small town in South Texas is home to the state's first Black-owned purveyor of honey-infused wines. 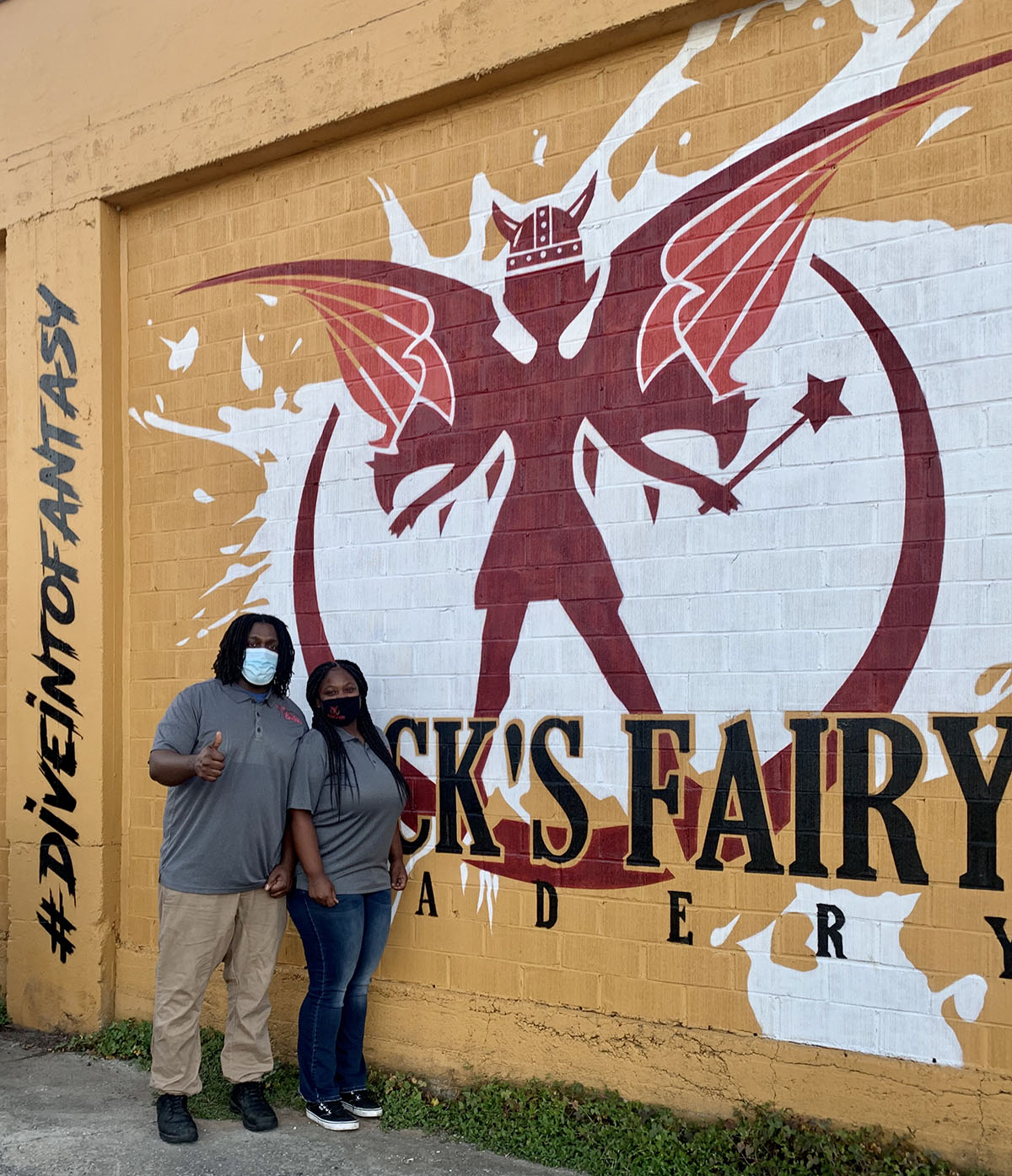 In the heart of small Texas towns, you tend to find many of the same types of businesses. There’s usually a grand old edifice, once perhaps a bank, converted into a museum of local history, along with a scattering of antique stores, boutiques (often western wear-themed), and a family restaurant or two. The old picture show theater, perhaps standing idle, has perhaps been converted to a playhouse. Perhaps it still shows movies.

In recent years, as blue laws have relaxed and dry precincts have withered away, you find more and more small towns with downtown pubs and live music venues. Sometimes, as in Athens, Salado, and Winnsboro, a taproom opens for a local craft brewery. And winery tasting rooms have long been a staple of Fredericksburg and Wimberley and other towns in the Hill Country.

But a meadery? That quaff of Thor and Odin and Beowulf? In the heart of West Columbia, Texas? This is the cradle of Texas liberty, where Houston and Austin and Lamar and other early Texas patriots wrangled over the Republic’s first Constitution in a rough-hewn national capitol building in the heady days of 1836. What a jarring collision of myths and legends—an image of Davy Crockett in a winged helmet crosses my mind.

Located about 60 miles south by southwest of Houston, Black’s Fairy Meadery is the state’s only Black-owned manufacturer and purveyor of honey-distilled wines. Its origins date to 2017, when the co-owners, husband-and-wife Calvin Greene and Terica Groves, attended a meeting of homebrewers in nearby Freeport.

“And this lady came over and said, ‘Have you ever had mead before?’ And I thought she said ‘meat’ and told her I’d already eaten,” Greene says when I paid the meadery a visit recently. Sitting on a sofa in the meadery’s darkened back room, Green bottle-feeds an infant nephew as various other children, none his and Groves’ own, frolic as we talk.

“’No,’ she said, ‘Mead.’ And she gave me some,” he continues. “It was orange blossom honey mead, and when I tasted it, I saw unicorns and rainbows. I asked what it was made out of and she told me honey, and I thought, Really?”

Greene’s puzzlement at being offered his first quaff of mead is not an uncommon reaction today. The one-time “nectar of the gods” has been making a comeback after centuries in the shadows. Scholars believe mead to be the oldest form of alcoholic beverage. Some have even theorized our hunter-gatherer ancestors harvested beehives not just for honey but also for mead on the African continent 20,000 years ago.

“Feral bees were well established, elephants roamed the continent, and weather patterns were seasonal, as they are today in Africa,” said Colorado meadmaster Mark Beran in a 2006 presentation. “Extreme conditions of drought during the dry season, and torrential rains in the rainy season were common. This weather pattern would eventually cause hollows to rot out the crown of the baobab and miombo trees, where the elephant had broken branches. During the dry season, the bees would nest in these hollows, and during the wet season the hollows would fill with water. Water, honey, osmotolerant yeast, and time and voila—a mead is born.”

Even today, mead is the national drink of Ethiopia, Beran has noted, and if you’ve ever read Beowulf or the Norse sagas, or seen any of the fantasy dramas based on them, you’ll know of the one-time ubiquity of mead, especially in northern Europe, where grapes won’t grow. It’s aphrodisiacal properties live on in the word “honeymoon”—newlyweds in the Middle Ages were encouraged to drink heartily of the stuff in their first month of marriage, the better to ensure the swift arrival of a child. (And it still makes a great wedding gift.)

Over time, mead’s production shriveled almost to the point of extinction, at least in Europe and in its colonies. For centuries, British monks were among the world’s only mead producers. Because their religious services and nocturnal studies called for never-ending supplies of beeswax candles, they continued making mead with the surplus honey-laden combs.

Where it survived at all outside of those monkish lairs, it had a renaissance fair mystique. But as that nerdy aesthetic has gone mainstream, mead is riding the wave, becoming the fastest-growing segment of the American alcoholic beverage scene.

Greene grew up reading fantasy adventures such as C.S. Lewis’ Chronicles of Narnia, the works of Tolkien, and Lloyd Alexander’s Chronicles of Prydain, so upon introduction to the stuff at that Freeport brewers’ gathering, it struck a faint bell. He and Groves set about making the stuff, switching their homebrewing operations to focus on mead.

“From that weekend on, we started brewing together, and our first flavor was black currant and lime. And it just took off from there,” Greene says. “First it was at the table, then it was in the living room, and next it was all over the house.”

Finally, the homebrewing operation outgrew their house altogether and they moved into a former law office on East Brazos Avenue. (Greene, a Morehouse College grad, is a native of West Columbia. “My claim to fame is I built the town sign,” he says. “It was my Eagle Scout project.”)

Their space includes a concert stage in a club-like backroom. Before the novel coronavirus hit, the meadery held events, but Greene and Glover have mostly shelved them for the time being. “We did have live music back there pre-COVID, and we’ve been trying to figure out how to navigate that again” Greene says. “We’ve had a couple of socially distanced birthday parties and a Halloween event, but it’s been very tough.”

The meadery sells its products online and at some liquor stores nearby, and they take mail orders over the phone. But you’re still welcome to pick up some to go, as my son and I did on our recent visit. My kiddo, a 23-year-old Army vet whose mother is from a once-Viking-occupied area of northern England, determined that the mead was very sweet. Not so sweet that he did not polish off the bottle in 45 minutes. His Viking ancestors would be proud.