With shoes now made in El Paso, Sabah luxury footwear has fans that include El Cosmico owner Liz Lambert 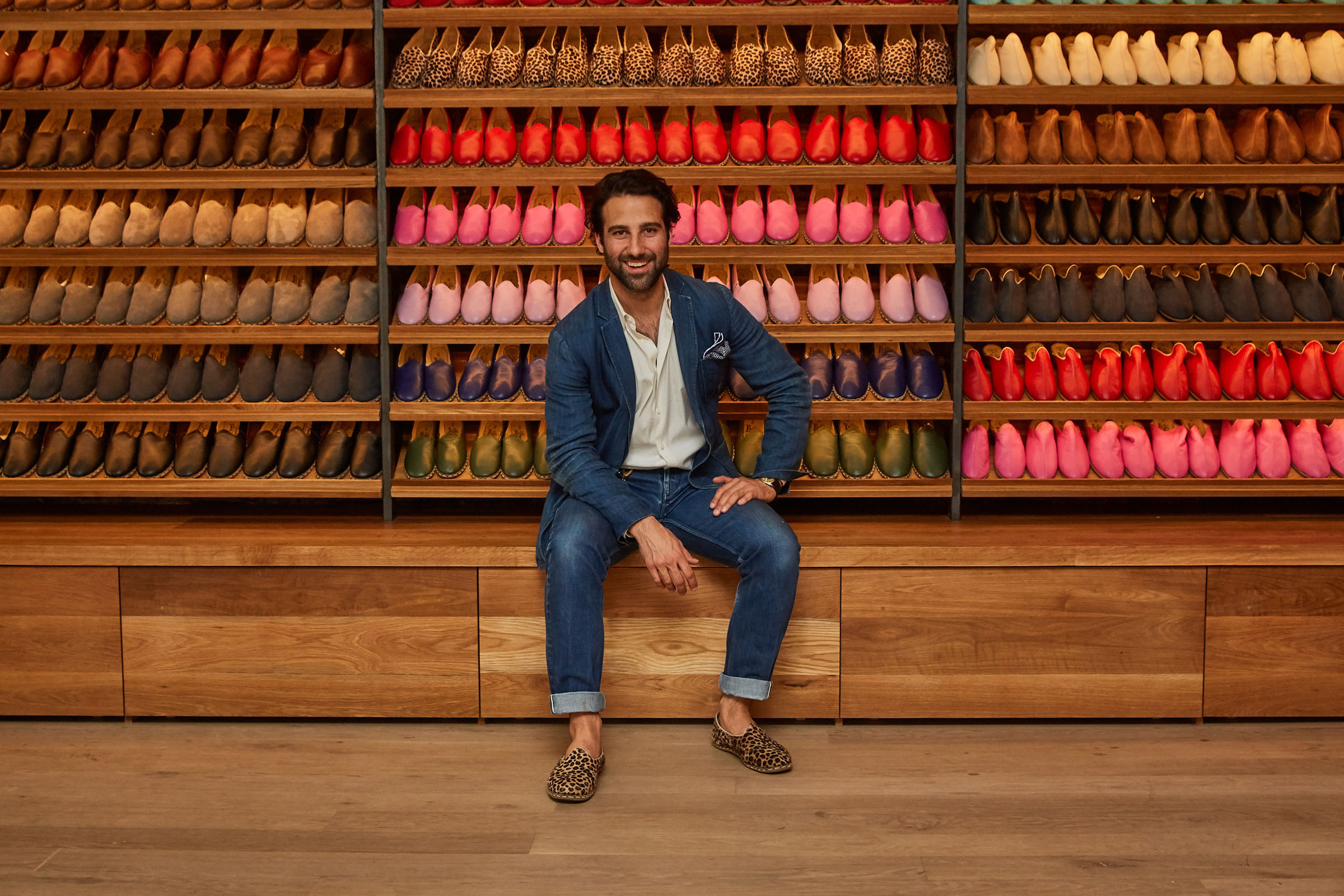 Travel has a profound influence on Dallas-born, New York-based entrepreneur Mickey Ashmore. Not only has the 35-year-old developed an astute personal style and thorough worldview from his far-and-wide travels to places like Turkey, Africa, and across Texas, it has also charted the course of his professional life, inspiring a popular shoe line and an expanding collection of luxury goods with his company Sabah.

Sabah was originally inspired by a gift Ashmore received during a time he spent overseas, and the company has recently found a new outpost in El Paso, where a workshop of leatherworkers, machine operators, and other laborers are putting a Texas spin on Sabah’s original roots.

The story begins in 2010, when Ashmore was working for Microsoft and living as an expat in Istanbul, Turkey. His then-girlfriend gifted him a pair of traditional Turkish slippers, and while Ashmore could have treated the foreign footwear like any other pair of shoes in his closet, there was something whimsical and wondrous about the classic all-leather shoe with a water buffalo sole.

“They’ve made all types of shoes in Turkey for a long time, but there’s one specific style that comes from the Southeast of Turkey that they’ve made, depending on who you ask, anywhere from a thousand to five hundred years,” he says. “I loved them. I loved how they felt, I loved how they looked, and I loved the concept.”

After two years of living and working in Turkey, Ashmore returned to New York City to work for an investment company, and his handmade Turkish slippers found a new home in America pounding city streets. When his signature slippers needed to be replaced, Ashmore contacted one of the few remaining preeminent makers of this traditional shoe in Gaziantep, Turkey, near the Syrian border. He asked them to produce a few more pairs of his favorite shoes, but with a few tweaks, such as utilizing a rubber sole and incorporating a higher-quality leather. 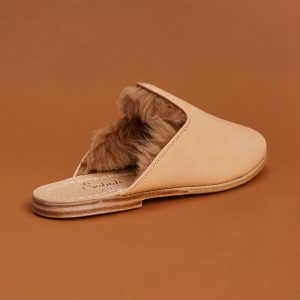 Those revamped slippers eventually led to a blue pair, a red pair, and then a leopard-print pair, before Ashmore asked if the makers could produce around 300 pairs of the shoes for him to sell to admirers with the name Sabah—the Turkish word for “morning”—written inside. Ashmore began hosting parties out of his townhouse in the East Village and sold out of the footwear within a month.

Things really took off in 2014 when a New York Times’ T Magazine story about Sabah led to over 100 people lining up outside his townhouse and 1,000 emails landing in his inbox from people trying to get their hands on the coveted Sabah slipper. “I understood from the beginning that I had something interesting, and that if I worked diligently and held true to my values and put a lot of good energy out there, it would all work out somehow,” he says.

And work out it did. Nearly a decade after leaving his full-time job to lead and manage Sabah, the company has grown to a 40-person operation with roots around the world. In addition to the original workshop in Turkey, Sabah has storefronts in London, San Francisco, New York, Dallas, and Austin.

Last April, Ashmore and his Sabah team also expanded operations to El Paso, where the Baba shoe—a backless, mule-inspired take on the Sabah—is produced. Here, a 15-person team, including experienced leather workers, machine operators, and former bootmakers, collaborate not only to produce a host of fashion-forward slippers, including a sumptuous green velvet Baba, a Denim Patchwork Baba, and a bestselling El Paso Shearling, but are also marrying techniques like leather working found in Texas bootmaking with Sabah’s Turkish roots. 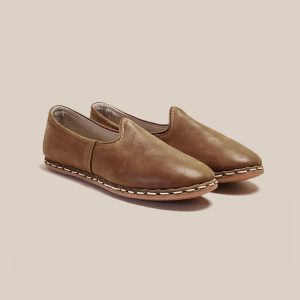 The Fort Worth Brown Sabah shoe. Photo courtesy of Sabah.

The creative space recently launched a Rough Out Baba, inspired by American Bison roughout cowboy boots, and are currently working on a Sabah boot as well. The West Texas space has also been an incubator for several innovative collaborations between Sabah and other renowned Texas artisans and tastemakers, including hospitality queen Liz Lambert, known for her luxurious Texas stays. Ashmore says when Lambert expressed an interest in Sabah’s work years ago, he felt a boost of confidence knowing that someone as influential and creative as Lambert had Sabah on her radar.

“I’ve always admired Liz. She walked in the [Sabah] store unannounced, and when certain people enter your orbit who are interested in your work, who you respect and admire, that’s humbling,” he says. “I’ve popped up at [hotels] Saint Cecilia, San José, El Cosmico, Havana—you name it—we’ve been there and worked with her team. There’s a lot of history of just being in each other’s worlds.”

Together, Lambert and the Sabah team recently collaborated on an El Cosmico Baba, a limited-edition slipper inspired by El Cosmico’s signature robes, fashioned in vegetable tanned and undyed Italian bull leather with hand-painted stripes by El Paso artist Xochitl Burciaga. “It was a no-brainer to marry El Cosmico, which very much speaks to our world of travel, being nomadic, and community, with Sabah,” Ashmore says.

The decision to collaborate with Sabah was also a no-brainer for Lambert: “I love [Mickey’s] shoes for their quality of craftsmanship, timeless design and second-skin comfort, and I love Sabah for its heartfelt commitment to uplifting its community of makers and wearers with generosity of spirit and joyous creativity. They’re our kind of people, so the collaboration was an easy one,” Lambert told Texas Highways.

Though Ashmore’s burgeoning brand began with shoes, Sabah has expanded well beyond a shoebox in its quest to explore the true meaning of East meets West. The company recently released a scent, which fuses American Southwest and Eastern Mediterranean fragrances, and will be launching functional, fashionable, multi-purpose travel wear in May. More is to come, of course, with such creative, experienced minds working together to test the bounds of possibility.

Sabah melds cultural traditions and techniques from near and far, but no matter how much the company grows, Ashmore never forgets where it all started. “This has been something that has grown organically and grassroots over 10 years, especially in terms of awareness and appreciation for the brand,” he says. “In a lot of ways the things I’m most proud of are the things that haven’t changed: We still have a lot of the same team, we still produce our shoes with the same family from 10 years ago, and we still have customers from 10 years ago who still buy our shoes.”