The young venue is designed to put the spotlight on performers and minimize distractions, such as talking and cell phones 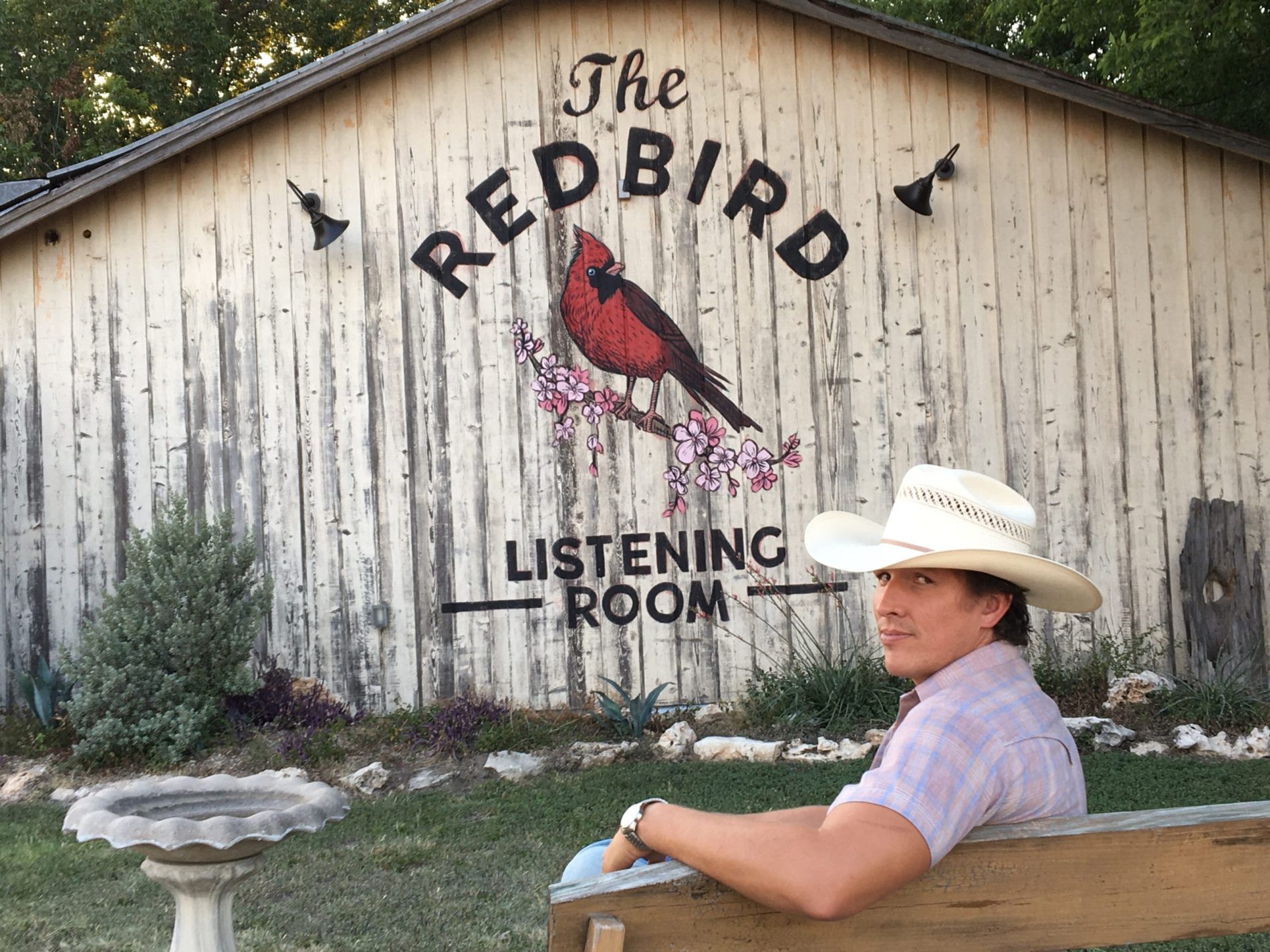 Dallas Burrow opened the The Redbird Listening Room in his hometown of New Braunfels to provide a showcase for songwriters. Photo by Anthony Head

With people once again flocking to live music venues after COVID put a temporary halt to live events, The Redbird Listening Room in New Braunfels is offering music fans the chance to take in Texas music without distraction—no cell phones, no table service, no talking.

So-called “listening rooms” are typically small clubs where the stage stands only a couple feet from the front row of seats. Prominent listening rooms in Texas include the Bugle Boy in La Grange and the Old Quarter Acoustic Cafe in Galveston. The Redbird, located inside a house that dates to the 1930s, continues the tradition with its 60-seat room, an intimate size designed to foster connections between listeners and artists.

“Playing on stages where there might be hundreds or a thousand people in the crowd—yes, that’s a wonderful thing, but something gets lost in the translation as far as being able to see everyone’s eyes while playing,” says Dallas Burrow, a native New Braunfels singer-songwriter who opened the Redbird in April 2021. For artists, listening rooms present a unique challenge, he points out. “At least for me, being under the microscope, where you have everyone’s undivided attention, can be nerve-racking, more so than in front of a really large crowd,” Burrow says. “But I’ve gotten to the point where I like storytelling in between songs. It can be very rewarding.”

Burrow, who’s finishing his third studio release, was initially skeptical of opening any kind of music venue. “I didn’t really know if I wanted to go this way—into the business side—so heavily,” he says, adding that he sought advice from other listening-room owners and fellow musicians before forging ahead.

By summer 2020, the Redbird was essentially ready to open, but after Burrow talked with Dale Watson, one of Texas’ favorite honky-tonkers, he chose to wait until spring. “Dale said I should give COVID more time to weaken,” Burrow explains. “I did. And then [Watson] came to our grand opening and performed two sold-out shows.”

In the 15 months that have followed, the club has welcomed Ray Wiley Hubbard, Willis Alan Ramsey, Gloria Anderson, and Bob Livingston among many other performers of Americana, folk-country, and Texas country music—just like Burrow himself. “I book all the artists,” he says. “So I get to be around the people I like to listen to.” 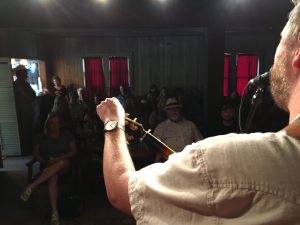 The Redbird Listening Room holds a maximum of 60 people. Photo by Anthony Head

Just as important, listening rooms are where Texas music history gets passed down to new generations. Thursdays are the Redbird’s designated songwriter nights, which provide space, support, and feedback for new and established performers workshopping material.

“Redbird is the first place I’ve played in this town where I thought the building existed for the same reason that I do,” says Drew Kennedy, who moved to New Braunfels 18 years ago to further his music career. “It’s a nurturing spot for people writing original work.”

Burrow calls the Thursday gatherings “the heart and soul” of the Redbird. “Singer-songwriters might come to work out a tricky spot in a song and end up finding a community,” he says.

Adds Kennedy, “It’s about fellowship. Without places like the Redbird, Texas can’t honor its songwriters properly. This place cares specifically about the music.”

Burrow says his business and his art go hand-in-hand. “I have to work hard as an artist so no one thinks I’m a club owner first,” Burrow says. “Making music is still my primary concern and here, after shows, you can take the time to shake hands with every single person who came by to listen.”

The Redbird Listening Room is at 1260 S Business I-35 in New Braunfels. No alcohol is sold, but guests can bring beer and wine for a small corkage fee. For more information, call 830-606-7886, redbirdlisteningroom.com.