Keep Your Eyes on the Skies: Hawk Watch at Smith Point Gets Underway

Up to 50,000 birds are expected to migrate through the peninsula just north of Galveston Bay 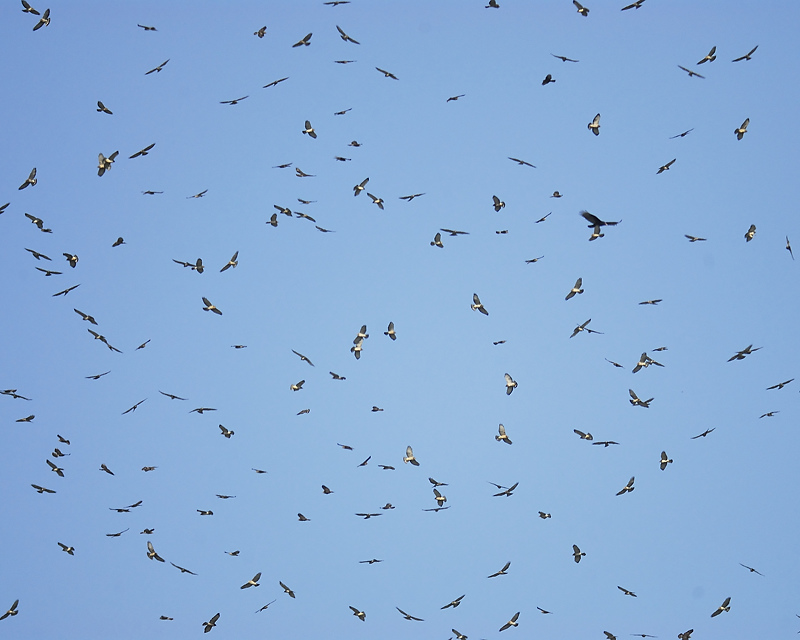 Every fall, tens of thousands of birds migrate south through Texas in search of warmer climates for the winter. Many of the raptors, or birds of prey, who take this flight pattern end up in the same place: Smith Point, sandwiched between Trinity and Galveston Bays. Here, professional and amateur bird watchers alike can revel in the swarms of raptors and other birds looking for a home for the winter.

Due to this concentration of birds in the fall, the Gulf Coast Bird Observatory instated a “hawk watch,” where bird species and numbers are recorded between Aug. 15 and Nov. 30 each year. According to the GCBO website, the observatory partnered with Hawk Watch International and the Texas Parks & Wildlife Department in 1997 to put in place a full-time, three-month annual census of raptors migrating south via Smith Point in the fall. This year is the 26th Smith Point Hawk Watch, and the public is invited to participate in the count.

Why raptors end up in this area of Texas has to do with anatomy. Because the proportion of their wingspan to their body is greater than many birds’, flapping their wings expends more energy than is often feasible during a migration. So, these birds follow wind patterns that carry them south, like the updrafts that come off of the Appalachian or Rocky Mountains. Once these birds pass the mountain ranges, they rely on thermals, or hot wind, to carry them the rest of the way.

According to Susan Heath, the director of conservation research at Gulf Coast Bird Observatory, when the sun reflects off of the earth, it creates rising air currents that these raptors and other birds use as an elevator of sorts to lift them off the ground. This method, called “streaming out,” takes the birds down to Smith Point peninsula. Many birds, like the broad-winged hawk, red-tailed hawk, and red-shouldered hawk, pause and hesitate to fly over water, since it absorbs heat and will no longer carry them south. These birds are funneled into the peninsula where they are very easy to spot and count. 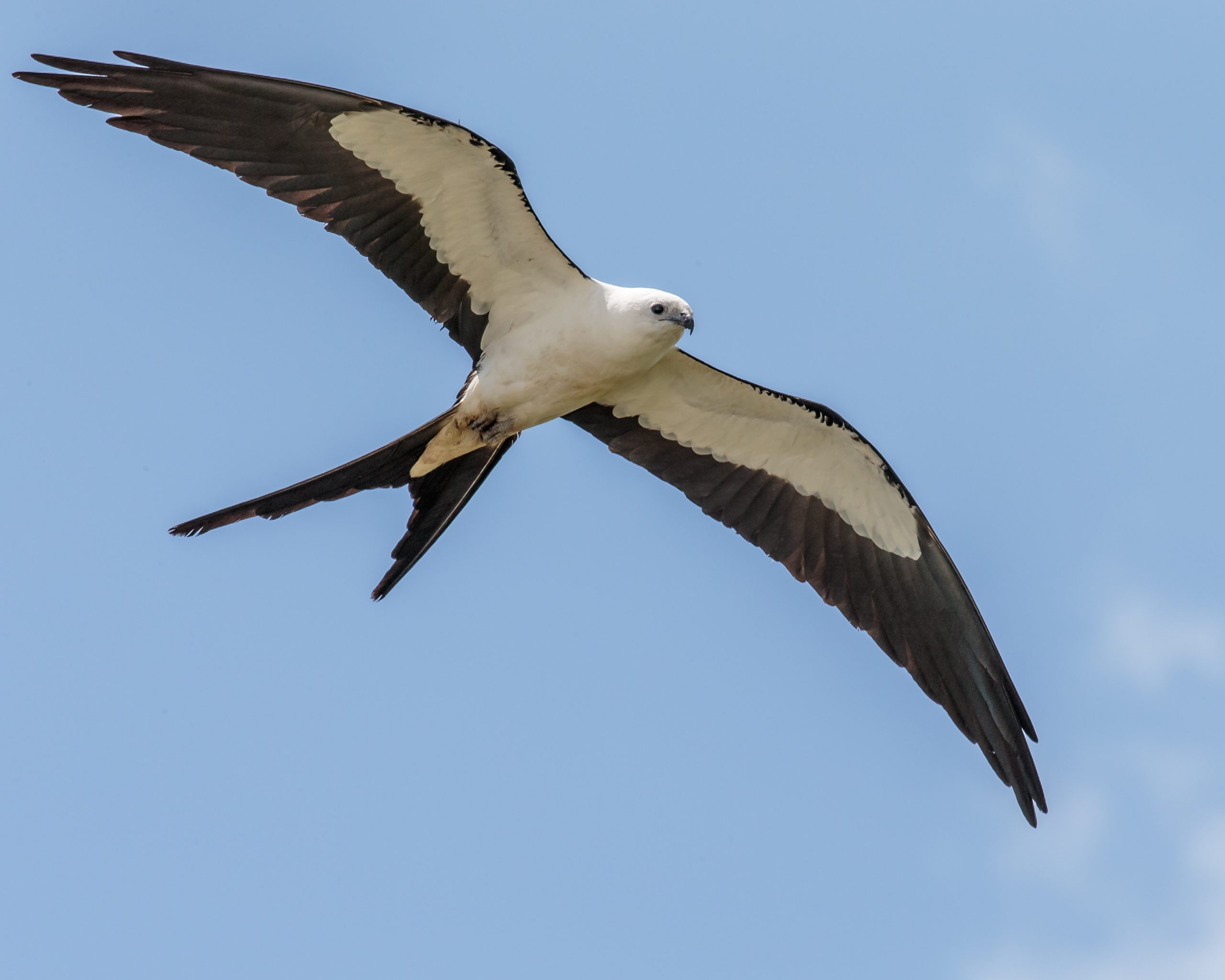 A swallow-tailed kite. Photo by Andy Morffew (CC by 2.0).

According to Heath, bird numbers hit their peak toward the end of September, but the watch length was extended earlier into the month of August in order to record the earlier swallow-tailed kite migration.

The extension of time has revealed other interesting patterns in birds. “We see things like [Cooper’s hawk] numbers starting to go down over the years—not as many of them are coming through the southern hot launches,” Heath says. But this is not due to a population decrease, as Christmas bird count data from other places show an increase in number. Instead, this shift can be attributed to warming temperatures and changes in human behavior, such as people putting up bird feeders, which draw more birds that raptors might be attracted to for food.

At Smith Point there is a 30-foot observation tower in the Candy Abshier Wildlife Management Area. From there, dozens of birders and visitors can watch the skies and even contribute to hawk watch counting, which is published almost hourly here. Bob Baez, an avian technician and the Gulf Coast Bird Observatory’s official hawk counter, is on-site every day counting six days a week from 8 a.m. to 4 p.m.. He stays in a trailer near the watchpoint for the season in order to facilitate his counting and note-taking, and readily takes help from volunteers.

It can be tough counting birds on busier days, so Baez always appreciates an extra set of eyes. According to him, you’ve got to be quick and aware to catch the birds all around. “The more you have binoculars to your face, the more [birds] you’re going to find, but you can’t have them there all the time because there’s birds that are going to come by close or behind you,” Baez explains. “Quite often, especially when people know it’s going to be a busy day, usually by wind patterns and time of season, people come and help.”

Baez and volunteers keep track of not only bird counts but also weather and wind patterns, as well as providing information to visitors when they have time. Since some days during peak season Smith Point can get up to 10,000 birds a day, there is a strategic method to the count. According to Martin Hagne, executive director of the observatory, it’s a numbers game. Baez and other volunteers map a grid in the sky and count one block, then multiply it by the number of spaces they’ve made in the sky. “You come up with a fairly decent estimate,” says Hagne. “You’re never gonna be right on the money, but you’re normally not very far off.”

On Oct. 1 from 10 a.m. to 1 p.m., the observatory is hosting its second annual Smith Point Hawk Watch Celebration. Alongside free food and drinks, there will be a live raptor show from the Wildlife Center of Texas, a rehabilitation center located in Houston. Staff and volunteers will also be stationed along the area manning the tower, eyeing the skies, and pointing out birds to guests. So bring your binoculars and eyeglasses and join the count.

“Personally, my favorite thing about [hawk watch] is the science that comes from the fact that we’re able to get a good feel for the species that come through here and how they’re doing in nature,” says Hagne. “There’s been species that have been saved because of things like this—not just this one, but as a whole, hawk watches across America.”