Made in Louisiana and Revered in Texas, Cajun Music Legend Marc Savoy Has a Boundless Influence

His new book, 'Made in Louisiana: The Story of the Acadian Accordion,' delves into the instrument he helped popularize 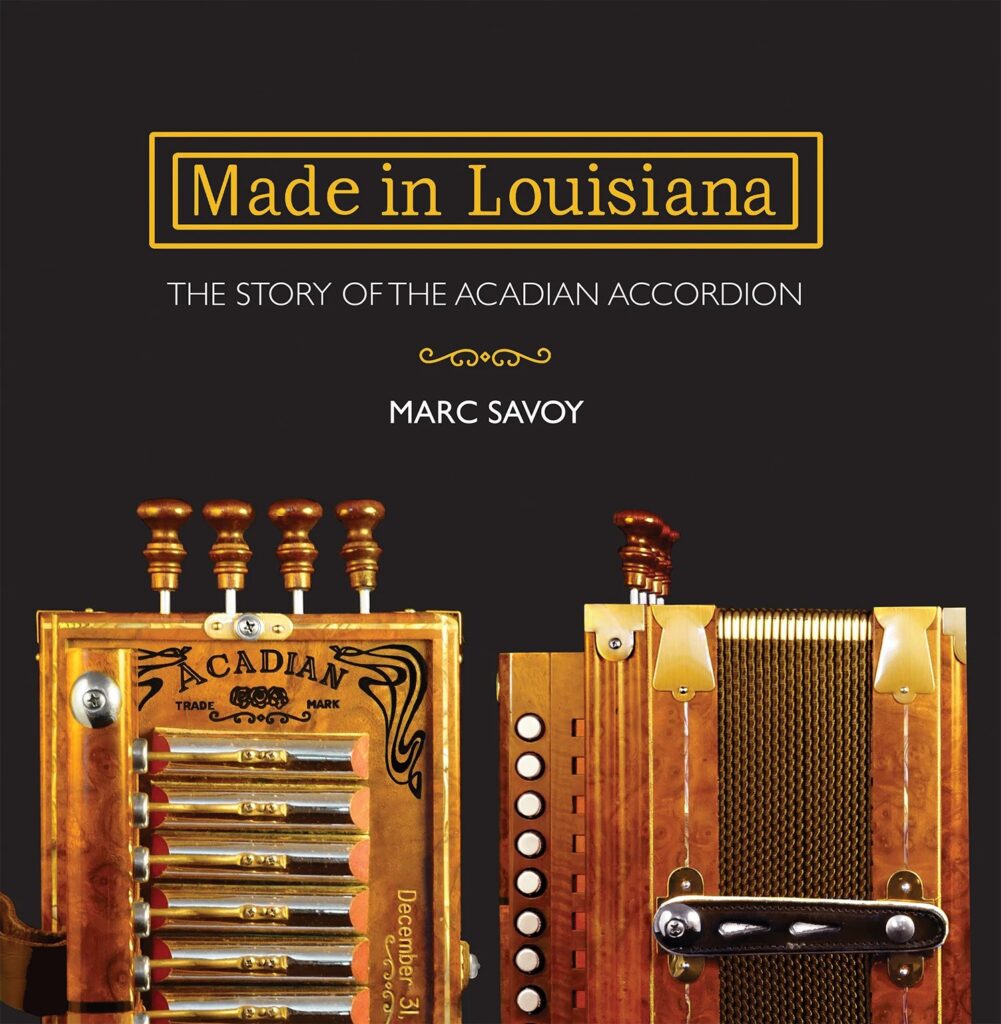 If you ever visit Southeast Texas, you’ll notice the distinctive Cajun culture that permeates the region. You can thank a Louisianan for this.

Born in 1940, Marc Savoy of Eunice, Louisiana, has done more than just about any single person to preserve the distinctive Cajun culture that continues to thrive from his home state all the way down to Southeast Texas and Houston. He’s done this primarily through his chosen instrument, the accordion. Because it’s enjoyed by Texans of all ethnicities and backgrounds, the accordion could even be considered the National Instrument of Texas. For Savoy, who not only plays the instrument but also builds them, it’s been a lifelong passion, one he chronicles in his recently released book, Made in Louisiana: The Story of the Acadian Accordion (published by UL Press).

Savoy’s particular accordion is the Acadian accordion, a smaller than normal diatonic squeezebox with a single row of buttons that is louder than normal, since its reeds are metal, not wood. The Acadian is Savoy’s interpretation of the Monarch model Hohner accordion made in Germany during the early 20th century that Cajuns embraced to complement the fiddle as the lead instrument in a Cajun ensemble.

Savoy reverse-engineered the Monarch to come up with the Acadian accordion, which a half-century later remains the Cajun accordion standard. Among those following in Savoy’s footsteps are Ed Poullard and Jude Moreaux, Southeast Texas players who became master accordion builders.

Savoy grew up on the same land where his parents and grandparents farmed rice and played music with the neighbors. He embraced the accordion as a child, played in bands as a teen, and once worked the romantically named Sparkle Paradise club in Texas in the Orange County town of Bridge City, among many venues on the Cajun circuit. He recorded for the Texas-based Crazy Cajun label, and in the mid 1960s, hit the folk festival circuit with Dewey Balfa and DL Menard, spreading the gospel internationally.

Texas tourists seeking a Cajun experience often make the drive on Interstate 10 for the Saturday morning open jam at the Savoy Music Center in Eunice, a tradition for more than 50 years. It’s a full-on Cajun showcase down to the posted sign: “Please, no more than ONE triangle player at a time.”

In Texas, Savoy’s embrace of Cajun culture and his zeal of spreading the message sparked a cultural exchange with the Jimenez brothers of San Antonio, who are leading lights of the Texas-Mexican conjunto accordion sound. Flaco Jimenez and Savoy have talked and played with one another, comparing and contrasting the two accordion styles, and Santiago Jimenez Jr. has appeared onstage in Eunice at Savoy’s urging. Similarly, Flaco’s protégé Josh Baca has taken up the Cajun accordion to add to the repertoire he’s created with a traditional conjunto button accordion.

In other words, Made In Louisiana has a little Texas in it, no disrespect intended to the Pelican state.

The book’s photographs of Acadian accordions are gorgeous, and Savoy does a fine job explaining the parts of the instrument and how the instrument is played, as well as telling his story, the history of Cajun music, and the story of his wife, Ann Savoy, and their children. An accomplished musician herself, Ann is the author of the definitive book series Cajun Music: A Reflection of A People (also published by UL Press).

“I do this because I love the memory of the older generation of ‘people who can play music’ and everything they represent,” Savoy says in Made In Louisiana. That sentiment knows no geographical boundaries.