Mickey Mantle Made a Name for Himself in New York, but He’s Forever a Texan 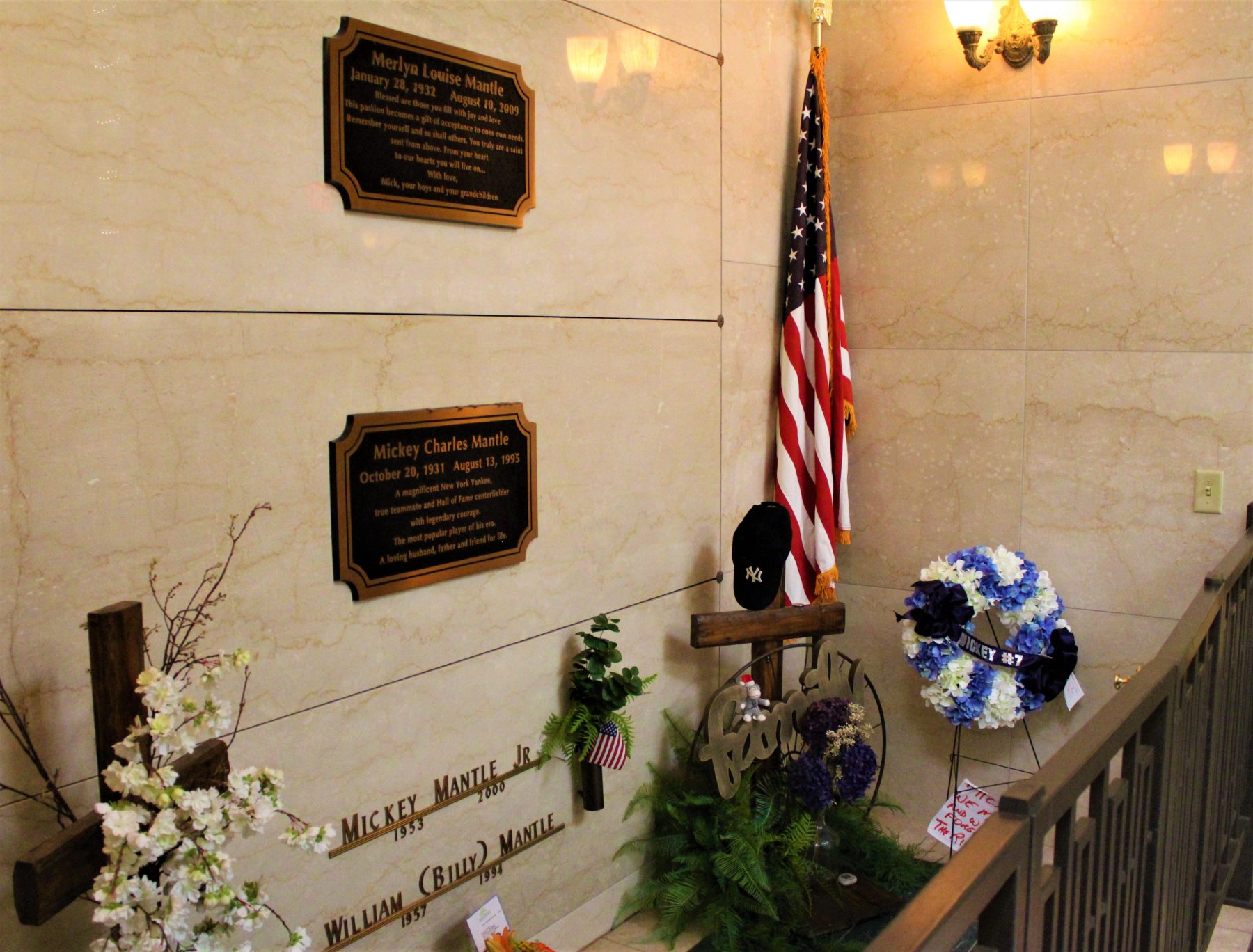 Mickey Mantle was an Oklahoman by birth, a New Yorker by occupation, and a Texan forever. Photo by Roberto José Andrade Franco

One of the greatest baseball players who’s ever lived lies in rest inside Dallas’ Sparkman/Hillcrest Memorial Park. “Mickey Charles Mantle,” says the plaque on the marble wall in St. Matthew hall—seemingly the only the air-conditioned part of the mausoleum—before going on to describe him as “A magnificent New York Yankee.” The Mick, a study in contradictions: an Oklahoman by birth, a New Yorker by occupation, and a Texan at the end of the day.

It was a hot Saturday morning, a few days after the 25th anniversary of his death, on August 13, 1995. Atop Mantle’s plaque there were several pennies left by those who’ve visited. In the past, visitors have left pictures and baseball cards, notes and flowers. To the left of Mantle’s last resting spot, a scoffed baseball. To the right, a New York Yankees baseball cap hanging on a wooden cross. Further right, in front of a U.S. flag, there’s a white and baby-blue floral wreath with a navy-blue ribbon stretched across it that reads, “Mickey #7.”

In the football-obsessed state of Texas, better yet Dallas, where the world’s most famous football team resides, lies Mickey Mantle. He did his hitting with a bat—to the tune of 536 homers. Around Mantle are memories of his time in North Texas. Memories from a city, and world, that’s changed, with places that no longer exist.

On a summer day in 1958, Mantle, aged 26, and his family moved to a ranch house on Watson Circle in Dallas’ Preston Hollow neighborhood. Mantle moved in part to escape the burden of fame that came from living in New York City. The house no longer stands. But from there, Mantle made a life in Dallas.

He made friends and opened businesses. Like the bowling center near the intersection of Mockingbird Lane and Harry Hines Boulevard that once had his name. Elsewhere, on the Marvin D. Love Freeway, Mickey Mantle’s Country Cookin’ once operated.

A few miles from Mantle’s gravesite is the tony Preston Trail Golf Club, where Mantle spent most of his days after retiring from baseball, while making a living by attending events. He’d sign autographs and tell stories at these affairs. He had the improbably difficult task of talking with adult men who grew up idolizing him, about the things he once did when he was about as natural a baseball player who has ever lived. Things he did that made his rookie card valuable, selling in 2018 for $2.88 million. 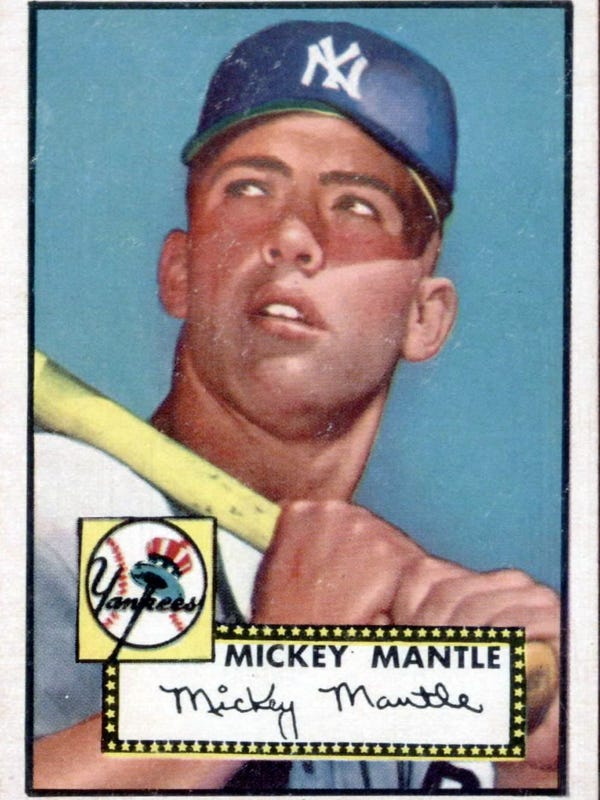 A 1952 Topps Mickey Mantle card will solve all your financial problems. Courtesy Topps

When he was young, Mantle symbolized something special in American history. He grew up playing baseball during the tail end of the Great Depression. He played in the shadows of the zinc and lead mines of Commerce, Oklahoma. And by the time he arrived in New York as a precocious teenager destined to follow in the footsteps of names like Babe Ruth and Joe DiMaggio, Mantle was “a symbol of innocence and hope.” Tony Castro, one of several Mantle biographers, called him “…the eternal glory of youth.”

Perhaps that’s why at Mantle’s funeral service, in ’95, about 1,500 visitors paid their respects. Inside the Dallas church near Inwood Road and W. Northwest Highway, friends spoke of Mantle’s remarkable life, talents, and his joking manner. They also spoke of how proud they were Mantle spent his final years trying to make amends for his drinking problem, which ultimately led to a stay at the Betty Ford Center.

Mantle died 25 years ago. He was only 63 years old, well past his expiration date. “If I’da known I’d live this long, I woulda taken better of myself,” he often joked.