The annual May event is hosted by the Texas Czech Heritage and Cultural Center, which celebrates its 25th birthday this year 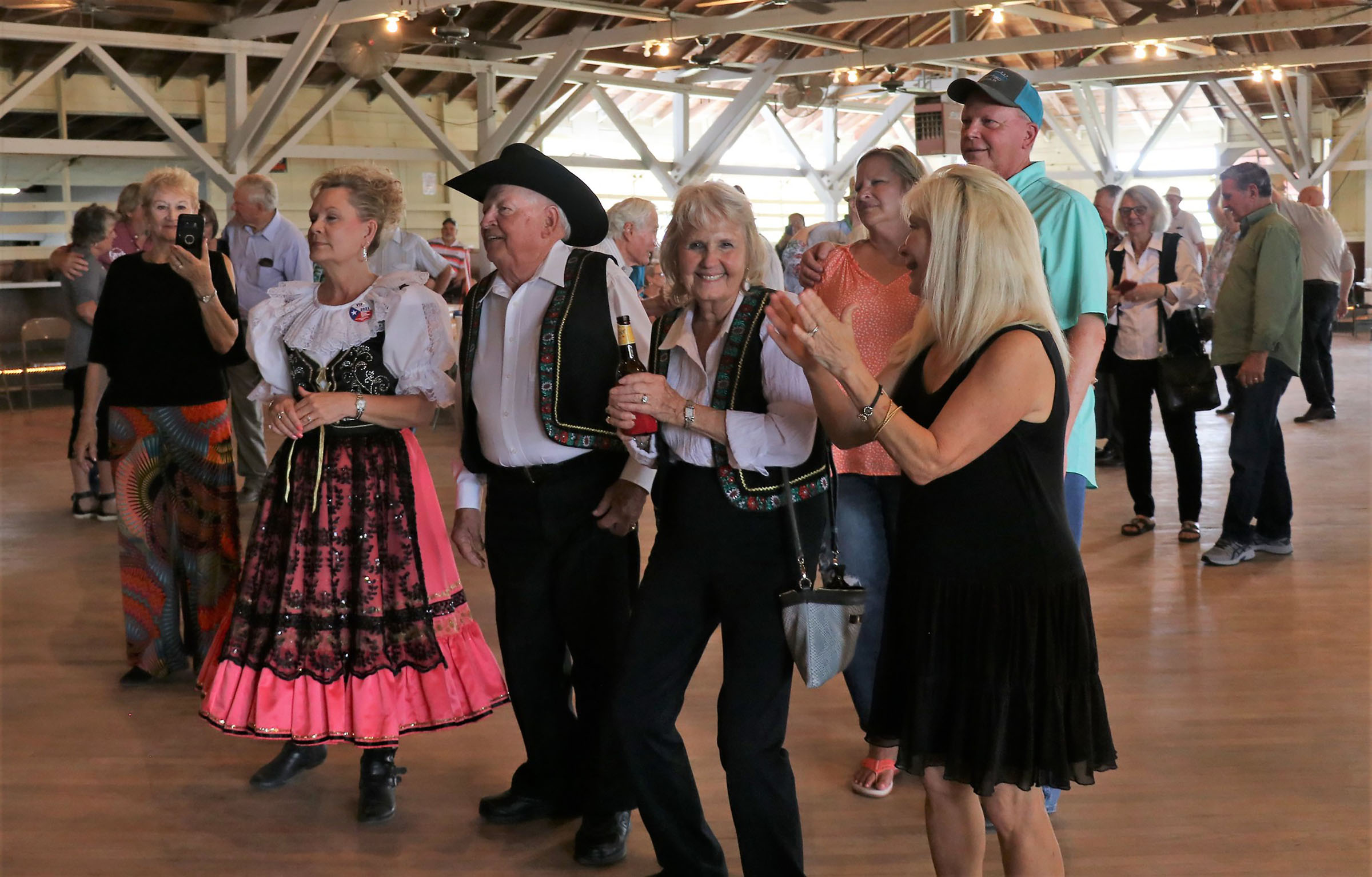 For a long time, Czech influences on Texas culture have been overlooked, often overshadowed by the history and traditions of the German immigrants who settled in Central Texas. But, as any Texas Czech will tell you, there’s more to Bohemian and Moravian contributions to Texas than kolaches and the polka.

“A lot of people don’t know that nearly 80 percent of Fayette County before the first World War consisted of Czech immigrants,” says Mark Hermes, the manager and sole full-time staff member of the Texas Czech Heritage and Cultural Center in La Grange, which celebrates turning 25 this year on May 15.

The center is marking the occasion at Slavnost (aka Mayfest), an annual May celebration of all things Czech. Along with a recognition ceremony of the Czech contributions to Texas culture and the preservation accomplishments of the center, festivities in La Grange include a fried chicken lunch with Czech desserts served picnic style, a maypole dance, and folk dancing to live music performed by the Czecholics, one of Texas’ finest polka bands. Visitors may even see traditional Czech costumes, called kroj, worn by men and women.

Since its inception in 1997, the Texas Czech Heritage and Cultural Center has focused on preserving the cultural heritage and history of Czech immigration and influence in the state. Hermes contends many people in rural Texas don’t realize they’re seeing Czech culture in their surroundings. “The painted churches, the festivals and church picnics, all the polka bands you see in this area, that’s all from the Czechs,” he says.

Czech history can be experienced at the center through the “Czech Village,” which features historically accurate buildings showing what life was like for early immigrants, who first arrived on the shores of Galveston in the 1850s. A saw mill, a blacksmith shop, and a family home are just a few of the exhibits visitors can tour—all of which will be open during this year’s Slavnost.

Slavnost was founded 20 years ago as a tribute to the Czech immigrants of Texas, who are largely located in Fayette and Lavaca counties, and dispersed across the rural areas of south-central Texas. The German immigrants who arrived prior to the Czech settlements of Central Texas may have settled the cities and towns, but the Czechs were a farming community that preferred to seek out land ownership away from the hustle and bustle of the new downtowns.

“You’ve got your Germans in New Braunfels and Fredericksburg, but the Czechs were scattered throughout the countryside,” Hermes says. “If you drive out in the countryside here in Fayette County, almost all the county roads are going to have a Czech name.”

And there were more Czechs right here in this little corner of Texas than anywhere else in the United States. That’s why the center’s board of directors settled on La Grange as the perfect home for their preservation mission in 1997.

“La Grange put together a great proposal for why the center should be here in Fayette County, also known as the cradle of Czech immigration in Texas,” Hermes says. “It just deserved to be here.”

Moving forward, the center hopes to focus efforts on maintenance of the buildings, beautification of the grounds, and the addition of more walking trails and a grander entrance to the center’s 23 acres from US 77. When asked what his personal focus is for the future of the center, Hermes chuckles: “Man, I’m just trying to keep the place open.”

Like any nonprofit, each successful year depends on funding from outside sources. The center, which sees about 25,000 visitors a year, does not charge entry fees. “We rely on grants and donations,” Hermes says. “Mostly donations from organizations and individuals who have really stepped up to the plate.”

That’s why Slavnost is one of Hermes’ favorite times of year. “It’s just a great atmosphere,” he says. “You got good food, good music, and good people. That’s what makes it a festival.”

Slavnost at the Texas Czech Heritage and Cultural Center take places May 15 and starts at 10:30 a.m. More information about activities at the festival can be found here.