Incredible sculptures, delicious food, and fun times to be had April 26-28 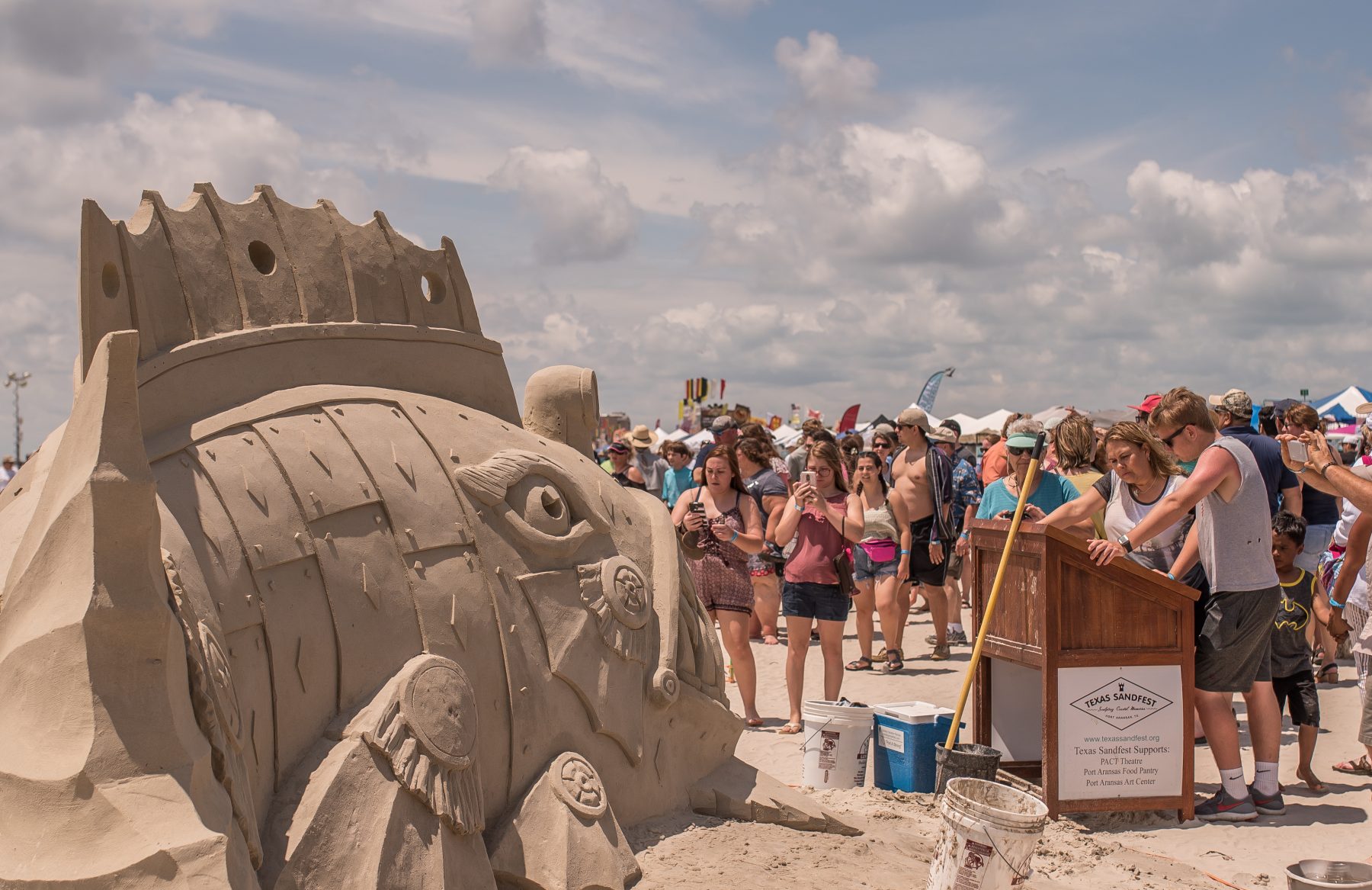 Nothing feels as good as sand between the toes—especially when you’re strolling a beach admiring sculptures made of the same stuff.

Eighteen master sculptors and 23 semi-pros from around the world gather in Port Aransas April 26-28 to coax works of art from mounds of sand as big as mini-vans at Texas SandFest. The invitational event last year drew about 35,000 visitors.

Prep work begins Thursday, April 25, with most sculpting taking place Friday and Saturday. Judging starts at 1 p.m. Sunday. In past years, festivalgoers have watched the likenesses of Mr. Peanut, the Four Horsemen of the Apocalypse, and an angel rise from the sands.

“Some of the sculptors feel like the sand talks to them, and we want to see what it is that the sand is saying,” says Lisa Shelton, executive director of SandFest.

Master sculptor Jeff Strong, 65, of Tacoma, Washington, plans to create a melting scoop of ice cream atop a cone for this year’s competition. His past works have included flowing liquid, marine creatures, and a shell sliced in half to show its inner chambers.

“I love making things that look impossible—big arches you didn’t know you could do in sand or things that are hollowed out,” he says. “The secret is having the right shape, and packing it really perfectly with no dry spots or voids in the middle. Water is what holds it all together.”

If you go: Three-day festival admission is $15 for adults; $5 for children; and free for ages 5 and under. Proceeds benefit local charities. For information go to texassandfest.org.

Visitors can try their hand at sand sculpting, competing in age categories either solo or as teams. (Register in advance online.)

“We are so far ahead on our comeback. From virtually being shutdown to right now, we’re just about fully open on every scale, with the exception of some of our lodging that’s going through reconstruction,” says Jeff Hentz, president of the Port Aransas Chamber of Commerce and Tourism Bureau.

The artwork won’t last forever, but that’s OK with these craftsmen. Strong views his sculpture like a concert or a play, something appreciated in the moment that leaves no trace.

“Once people have seen it and I have a picture of it, then I’m happy for it to return to nature,” he says. “I don’t have room in my living room for all these sculptures, and they’re kind of hard to move.”