The San Antonio restaurant and brewery sourced hops, malt, and yeast from the Lone Star State 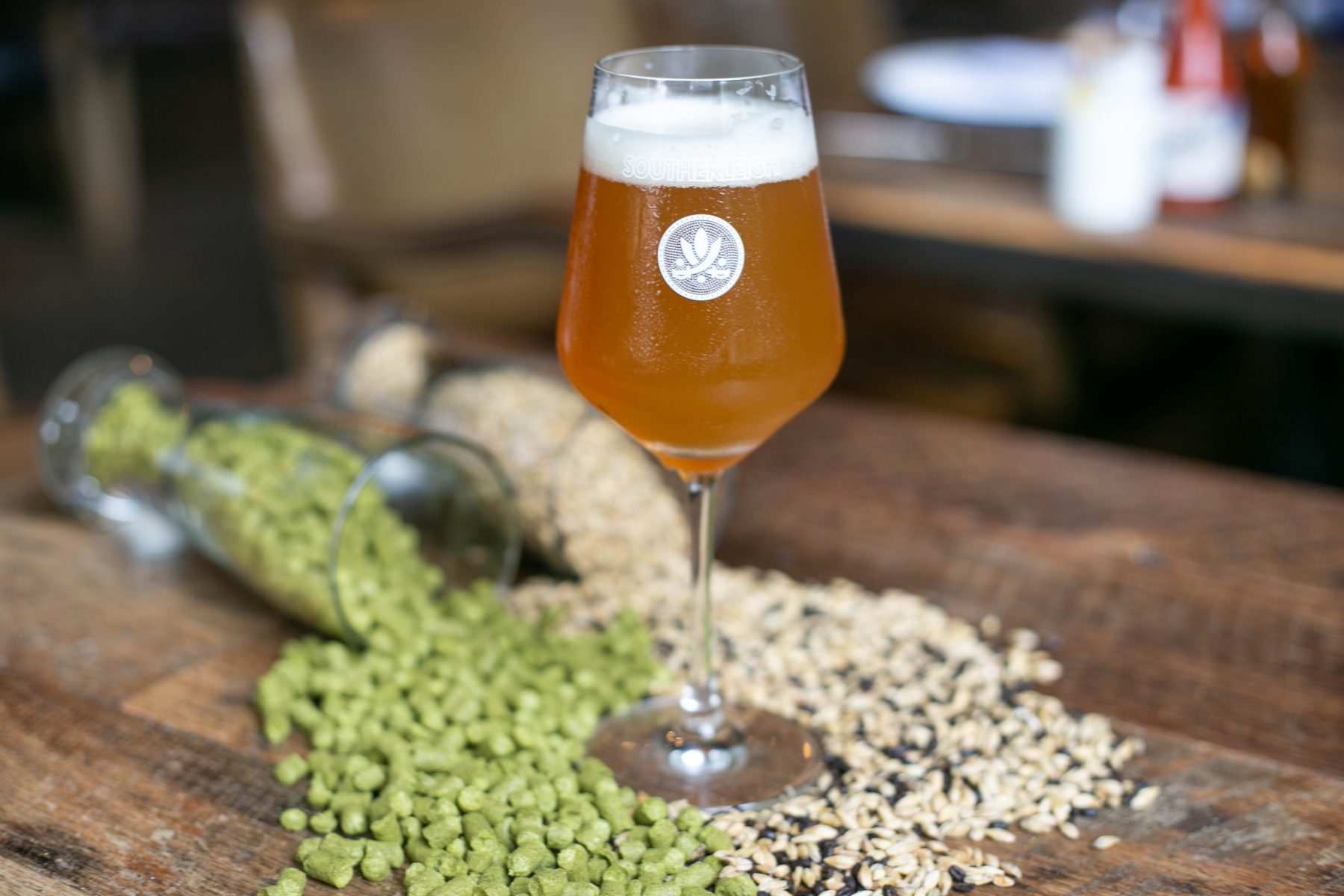 The Texas Born and Bred pale ale from Southerleigh.

All beer has four main ingredients: grain, hops, yeast, and water. Southerleigh, a restaurant and brewery in San Antonio’s Pearl entertainment district, has crafted a limited-edition beer with all those ingredients sourced from Texas.

Now that the craft beer movement is here to stay, it seems like locavore beer is the next wave.

Les Locke, the head brewer at Southerleigh, brought in malted grain from Maverick Malt House in Wildorado, hops from Hank’s Hops in Somerset, and yeast from Texas Yeast Lab in New Braunfels, to make the Texas Born and Bred pale ale, which has notes of citrus and pine.

The hops had to be grown hydroponically in a controlled environment as the crop typically favors climates like that of the Pacific Northwest. Hank’s Hops’ greenhouse uses computer-controlled temperature, irrigation, water-cooling, and lights to mimic the ideal environment. The farm had its first successful harvest in April, and Southerleigh is the first to use the product.

Using all-Texas products gives the beer “a terroir that shows what this region and what this region’s flavor tastes like,” Locke says. Much like wine, but “beer is more nuanced,” he continues. “With four ingredients to create beer, everything’s going to bring something to the table.” Even the yeast can be indicative of where it’s collected.

While this beer is the first of its kind, expect to see more Texas hops, malt, and yeast pop up in your local craft beer. Texas companies like Hopperdashery in Austin and Texas Cultures Laboratories, which also produce hops and yeast for beer-making, seem to be growing in number.

If you’d like to get a taste of Texas Born and Bred pale ale, head to San Antonio as quick as you can—they only made 15 barrels, and Locke estimates it’ll be gone in the next week and a half. However, once a new shipment of Hank’s Hops comes in, Southerleigh expects to have something similar available in August. In the future, the brewery hopes to have a new Texas beer every quarter.

And with the brewery’s second location on the South Side (currently in construction and aiming to open in the fall), Locke will have more capacity for production as well as facilities for bottling and distribution.