The magazine receives numerous awards, including best overall excellence for a city and regional publication at the FOLIOs. 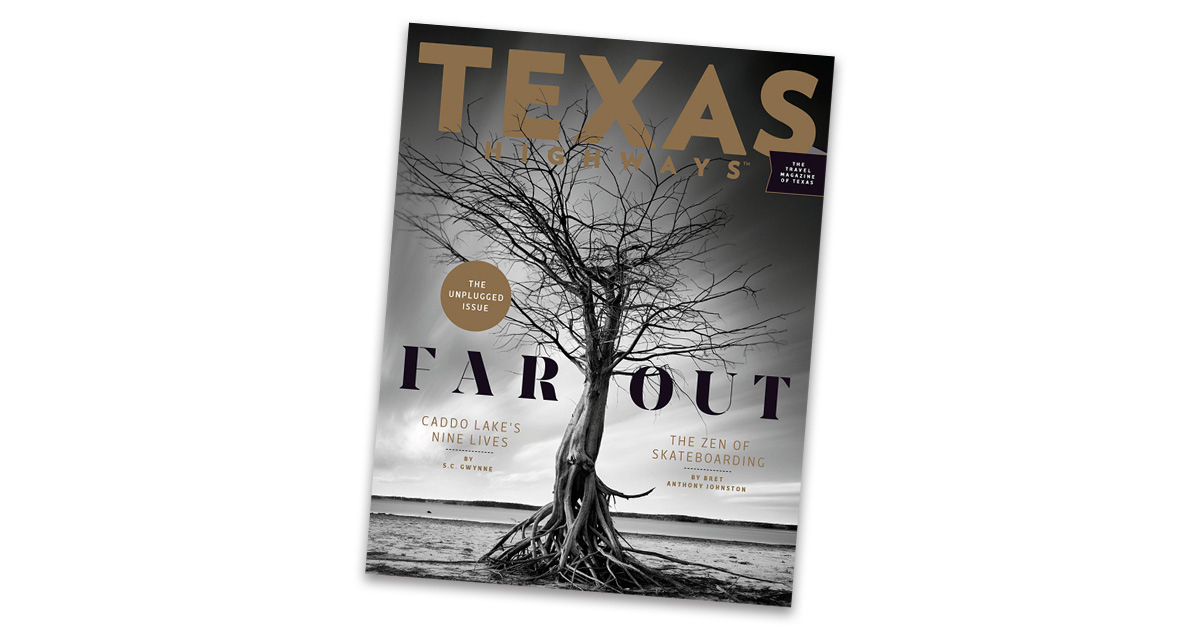 At the Eddie and Ozzie Awards, which took place in September, the magazine won four awards. This annual program has been hosted by publishing industry magazine FOLIO for 25 years. Normally held in New York City, this year’s awards were announced virtually, with Texas Highways earning half a dozen honors, including the top Eddie Award for “Overall Editorial Excellence” in the city and regional category.

The magazine also won the Eddie Award in the “Newsletter, City and Regional” category for Petal Pusher, a popular email series that educated readers about Texas wildflowers. Contributing writer Michael J. Mooney was awarded an honorable mention for “The Fate of Flight 1380,” his article about how Capt. Tammie Jo Shults guided a distressed plane to safety that ran in the January 2020 issue.

As for the Ozzie Awards, which are handed out for design excellence, the magazine took home the top prize in two city and regional categories: “Feature Design” for the June 2019 issue’s “Sand, Surf, and Sea” cover story about 10 classic beach eats, and “Visual Storytelling,” which was awarded for the digital version of “Peeking through the Pines,” a feature that took readers on a photographic journey through East Texas with images shot by Dave Shafer.

Texas Highways received an honorable mention in “Design of a Single Magazine Issue, City and Regional,” for “Far Out,” November 2019’s issue featuring different ways Texans can unplug throughout the fall.

In October, Texas Highways came out a big winner at the International Regional Magazine Association awards. IRMA was founded 60 years ago to strengthen the regional magazine publishing industry by fostering the free flow of information between publishers.

The association honored the magazine with 25 awards, including 12 gold and 10 silver awards for writing and design, and a finalist nod for “Magazine of the Year.”

Writer-at-Large Clayton Maxwell was named “Writer of the Year,” with judges applauding her travel pieces that showed “a great range of style.” Shafer was named “Photographer of the Year.” The magazine also earned a gold award for overall art direction. Photographer Sam Jones won a gold prize for his stunning portrait of Willie Nelson that graced the cover of the April 2019 issue.

Other writing honors included gold awards for Joe Nick Patoski’s recreation feature “Frio 101,” José Ralat’s “Welcome to the Taco Capital of Texas,” S.C. Gynne’s “Nevertheless, Caddo Lake Persisted,” and “Editor’s Note” for best column. Mooney received another accolade for his Shults profile, which one judge said was done “with equal measures of drama and examination of what makes an extraordinary person tick.”