Caddo Mounds State Historic Site protects and interprets the remnants of a Neches Valley village occupied by the Caddo people for about 500 years starting in the ninth century. Last summer, site staff members, volunteers, and Caddo tribal members built a 25-foot-diameter traditional grass house using locally harvested pine poles, willow branches, and switch grass. One or two families may have occupied a house of this size, archeologists believe, and the village could have contained up to 40 of the beehive-shaped grass houses at any given time. 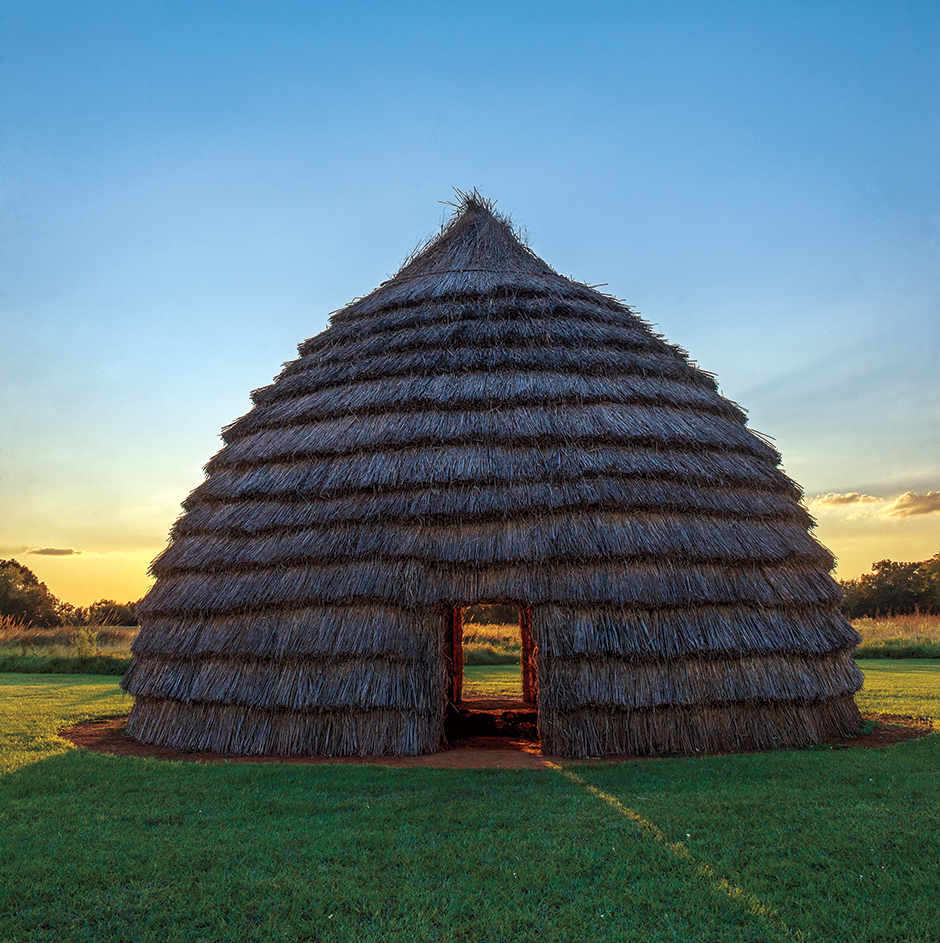 For more information, go to visitcaddomounds.com.