An anonymous artist hits the bull’s-eye with this roadside art installation in far West Texas. 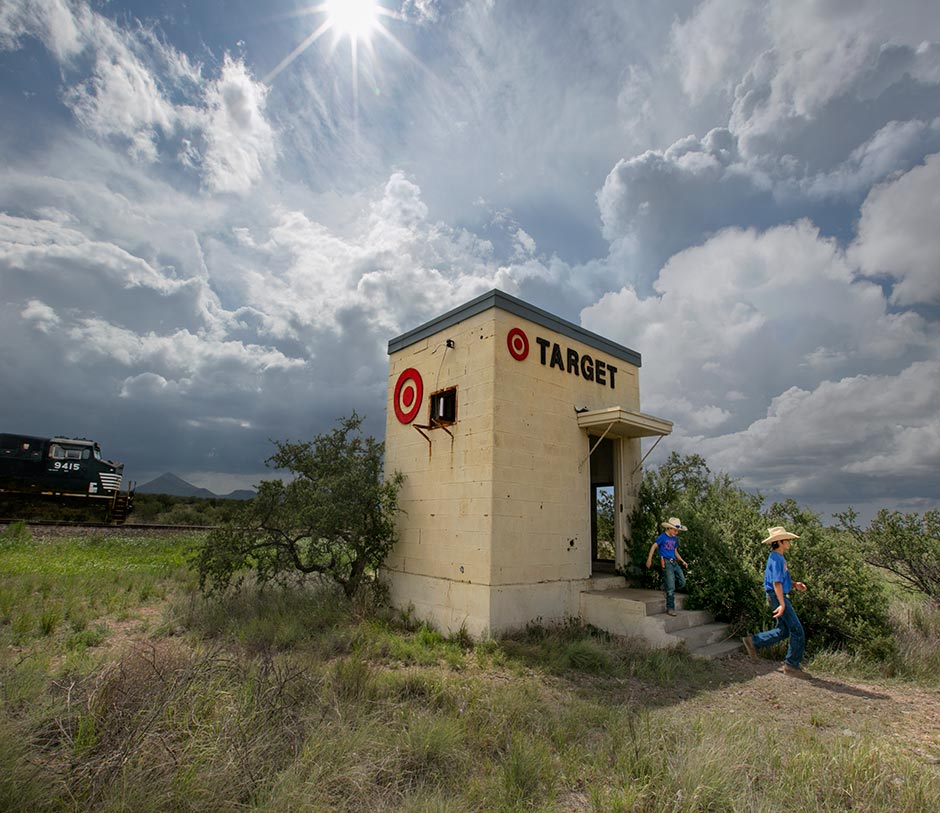 Where: US 90 between Marathon and Alpine

The Galveston, Harrisburg, and San Antonio Railway first reached Brewster County in the 1880s—turning this isolated spot into a shipping and supply point for area ranchers. Despite its stark beauty, the area remains one of the most unpopulated parts of Texas (the 2010 census counted only 1.5 people per square mile). Sometime in early 2016, the world’s smallest Target store quietly “opened” in a former railroad structure along US 90 west of Marathon—a nod to Prada Marfa near Valentine, perhaps. Unlike its high-end predecessor, no artist has come forward to claim this clever commentary on consumerism, so there’s no telling how long this quirky photo-op will remain. However, those who have ventured inside for a shopping spree report the tiny big-box store carries little more than a beehive and the occasional rattlesnake. Consider yourself warned.