How the Watermelon Queen Cultivated Appreciation for Texas Farmers 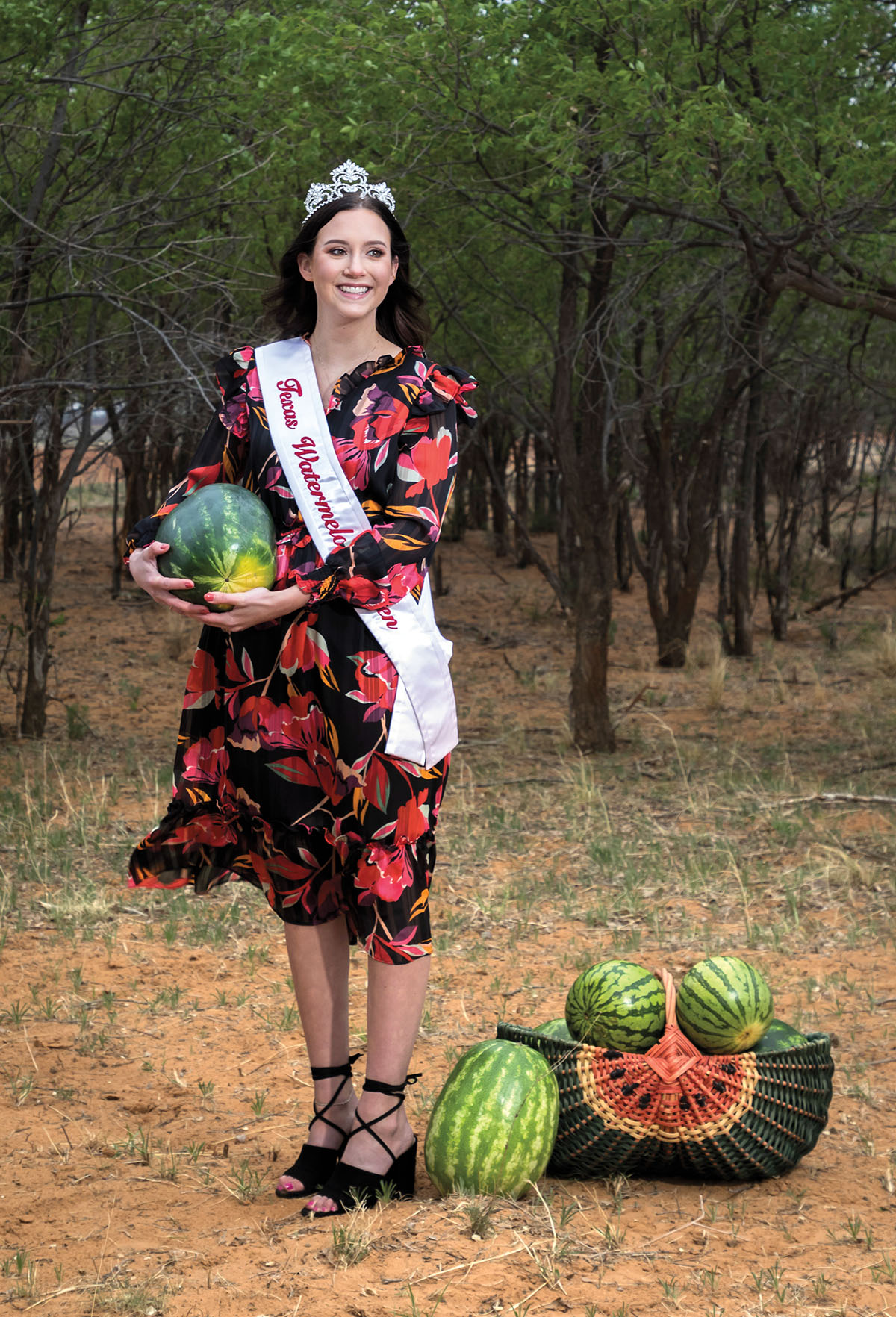 Landen Addison was 9 years old when her father began cultivating watermelons at their family farm in Brownfield, about 40 minutes southwest of Lubbock. “I used to get so excited when our boxes of watermelon seedlings arrived and I got to help plant them,” she says.

Although Landen, now 22 years old, grew up alongside her family’s watermelon crop, she didn’t know much about the statewide industry until she was crowned Texas Watermelon Queen in November 2019. As part of Landen’s title, awarded to her by the Texas Watermelon Association, she was expected to make appearances in her sash and tiara at events, festivals, and grocery stores.

But the COVID-19 pandemic gave her the opportunity to do so much more. Since her public appearances were curtailed, Landen fulfilled her duties by going on farm tours and posting about them online. “Good things came out of it,” she says. “The Texas Watermelon Queen before me didn’t go on a single farm tour her entire year. It had gotten to be all in-store promotions. I think we should focus on educating the public on who is growing the watermelons and how it’s done, and making connections with the farmers.”

The Addison family has been farming­ in Terry County for three generations, beginning with Landen’s great-­grandfather Milton Addison, followed by her grandfather Chriss Addison, and now her father, John Mark Addison, who tends about 4,800 acres. In 1988, he began farming, mainly cotton, and started growing watermelons 14 years ago to diversify his crops. He’s proud of Landen’s initiative to represent watermelon farmers. “It gave Landen a chance to understand and learn from the inside the work each farmer puts in,” John Mark says.

Landen visited more than 20 farms in 16 cities across the state, including McAllen in the south, Balmorhea in the west, and Nacogdoches in the east. Along the way, she learned about the horticultural methods in various regions, like how some farmers use drip irrigation (in which perforated tubes deliver water directly to the roots), while some use pivot irrigation systems (in which rotating equipment sprays water via sprinklers), and others cover their crops with tarps to reduce moisture evaporation. In the town of Plains, between Lubbock and New Mexico, she witnessed how watermelons were packed into boxes in the fields rather than in packing facilities. And in Seminole, just south of Plains, she saw a supersize 51-pound melon. “Anytime I would go on a trip to the fields I would consistently learn new things,” she says. “Even coming from a farming family, there were plenty of things I didn’t know.”

Landen also didn’t know much about pageants before competing for the title of Texas Watermelon Queen. Daunted by the idea, she penned and memorized a three-minute speech about why she would make a good candidate. Though 30% of a participant’s score is based on personal appearance, personality, poise, and projection, the other 70% is based on communication skills (evaluated through the prepared speech, an interview, and an unscripted response to a question). Since Landen was pursuing a degree in communications from Texas Tech University at the time, she felt it would be a worthwhile experience. “I have always adored the life my dad created for us on the farm,” she says, “and it gave me the chance to meet growers all over the state.”

Photos from Landen’s farm tours can be viewed on Facebook.

Texas-grown watermelons are available at farm stands around the state. Call ahead for availability.

The Veggie Stand in Tyler