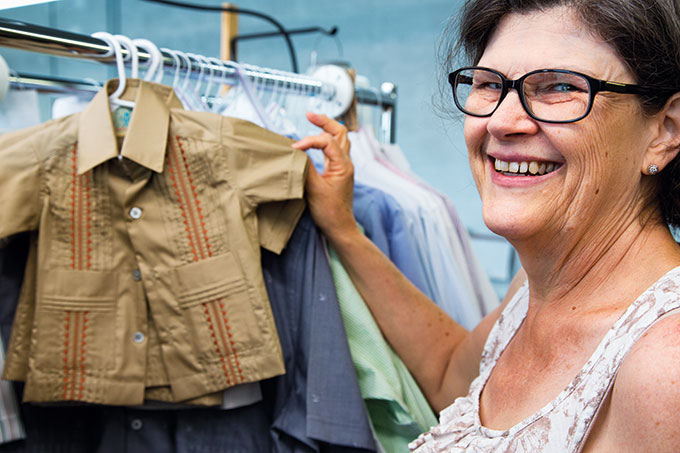 Robin’s egg linen, yellow seersucker, blue madras… The fabric options for a custom-made Dos Carolinas’ guayabera are as varied and inviting as the colors in a crayon box. 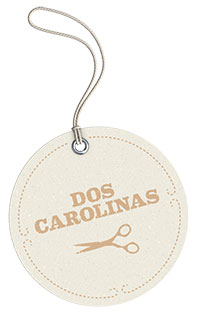 As integral now to San Antonio culture as margaritas and cascarones, Dos Carolinas has elevated the classic Mexican party shirt into a fashion essential far beyond the mass-produced varieties imported from south of the border. Dos Carolinas’ materials breathe and feel good to the touch; each pin tuck, embroidery stitch, and monogram is sewn with care; and the possible color and style combinations are as endless as the confetti at a Fiesta parade.

“It just isn’t true when people say that Texas men aren’t fashion snobs,” says Caroline Matthews, who founded the company in 1987. “They love wearing a nicely made shirt. What has made our business is that our clients can design a shirt that fits exactly what they want. For a lot of men, this is the first time they’ve ordered a custom-made shirt, and they love it.”

Matthews launched the company at the suggestion of former Texas Supreme Court Justice Rose Spector, the only female judge in Bexar County at the time. “She told me, ‘I’ve looked everywhere for cotton guayaberas, and they are nowhere to be found. That’s what you’ve got to do—make me a cotton guayabera.’ And I told her, ‘But that’s not a business.’”

Almost three decades later, Matthews’ unmistakable guayaberas are not only a business, they are an icon of true Texas style.