Written by Tandem Web Co, Photographs by Michael Amador | From the May 2018 issue | Updated: November 5, 2018 | Filed Under: Art + MusicDiningTRAVEL 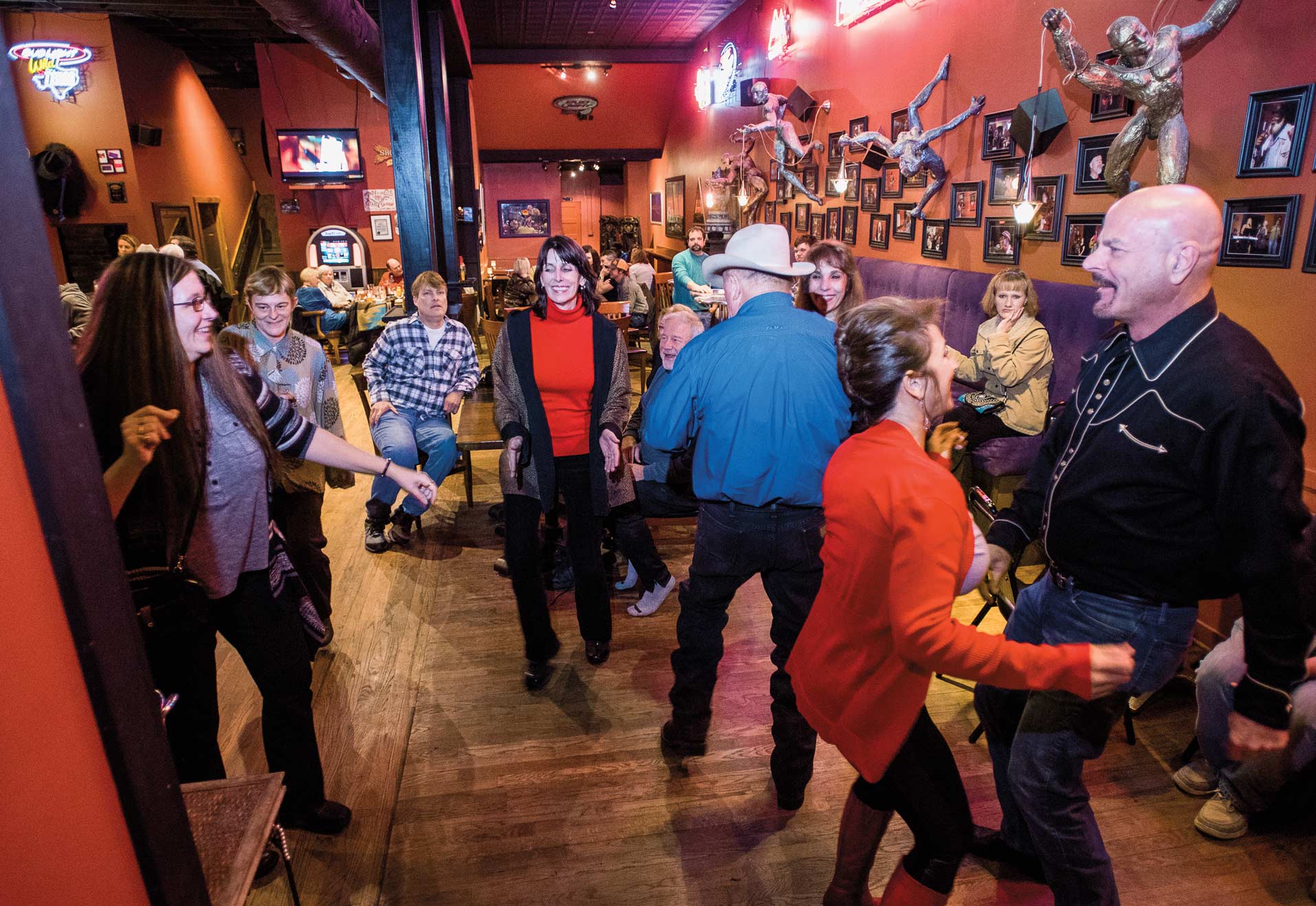 Get on the dance floor and boogie! The OS2 Restaurant and Pub’s popular Boogie Woogie Wednesdays highlight a genre born in Marshall.

Inside the OS2 Restaurant and Pub, I await beef tenderloin medallions with roasted asparagus and mashed potatoes on the side.

Through the front window, the blond-brick Harrison County Courthouse sits atop a raised oval of lawn. To the north are the railroad tracks and the historic train station. It’s a regular evening in Marshall, but as I sip a glass of iced tea, the question in my mind seems outlandish.

Was Marshall really an important cultural incubator of modern Americana?

The answer is assuredly yes. After extensive scholarly research and personal interviews, in 2004, San Antonio-based musicologist Dr. John Tennison identified Marshall as the most likely geographic epicenter of a style of music called “boogie woogie.” This style, characterized by a heavily percussive “barrelhouse” piano with a left-handed rhythm, was created in the 1870s by former slaves who worked in area logging camps, clearing trees and laying iron for the steam trains that would transform life on the frontier.

San Antonio-based musicologist Dr. John Tennison has identified Marshall as the most likely geographic epicenter of a style of music called “boogiewoogie.”

After simmering a few decades, boogie woogie became a musical fad in the 1930s, leading to big-band hits such as “The Boogie Woogie Bugle Boy of Company B.” It influenced the jazz and blues genres as well—through them altering country and gospel—then begat the genre known as jump blues in the 1940s. Jump blues helped spin the cultural hurricane of rock ’n’ roll in the 1950s, under the influence of which we still live today.

That’s the artistic genealogy, roughly speaking. But what exactly is boogie woogie?

“If your feet are tapping, then it’s boogie woogie,” says Jack Canson, a Marshall native who met Tennison in 2009 through a mutual acquaintance. Inspired by Tennison’s research, Canson and his wife, Nancy, were bitten by the boogie woogie bug. They developed a website, BoogieWoogieMarshall.com, and eventually contracted with the city to promote boogie woogie concerts and events in Marshall. 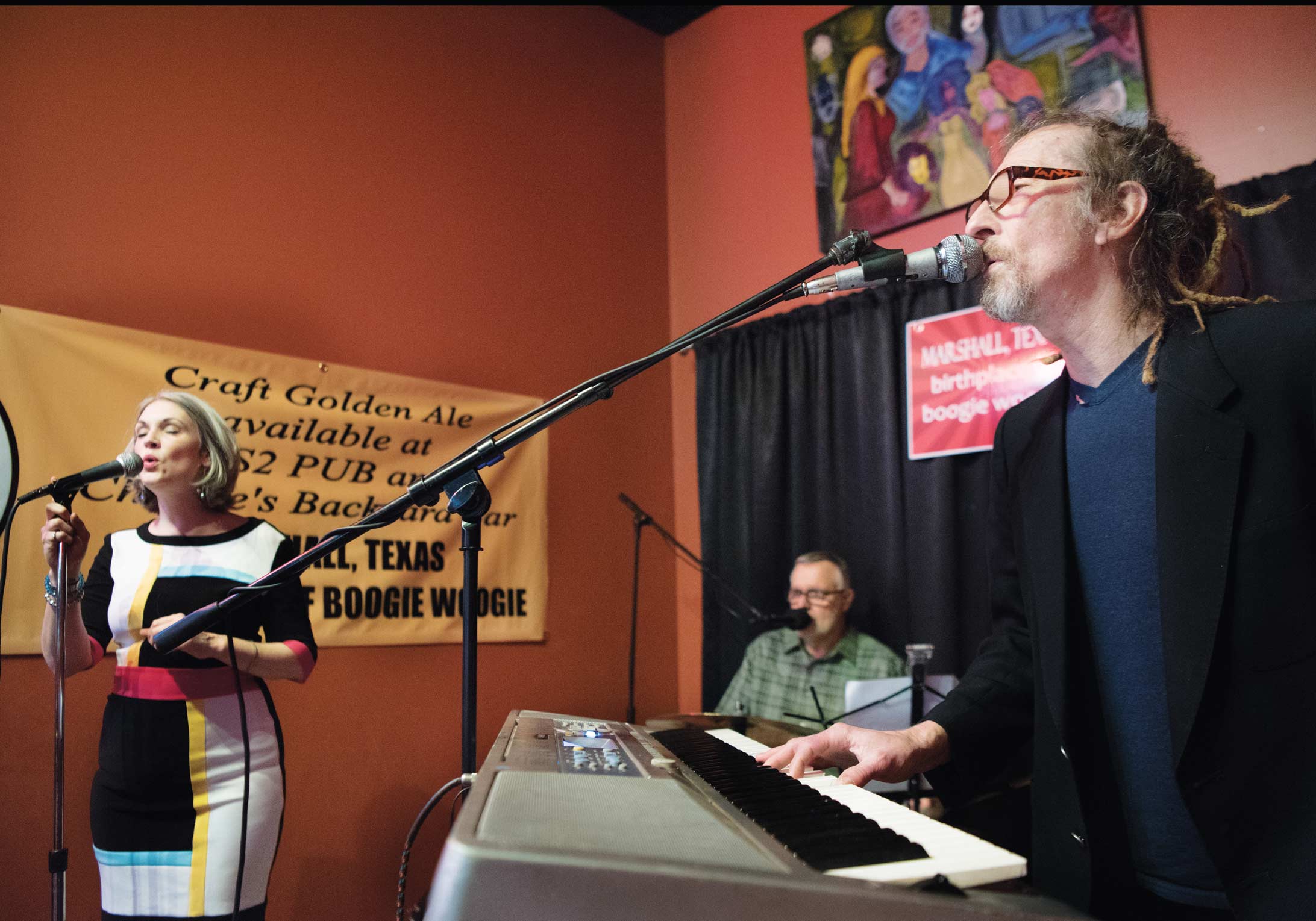 Robin and The Mystics honor the legacy of the late musician Omar Sharriff, Marshall’s boogie woogie artist-in-residence. The food at OS2 hits the right note, too.

In 2010, Tennison made contact with a legendary boogie woogie and blues artist from Marshall named Omar Sharriff, aka Dave Alexander, who was living in obscurity in California. Other than an old digital piano, the man who was once named by Contemporary Keyboard magazine as one of the world’s greatest living blues pianists had little to his name. The
city of Marshall convinced him to move back home to be an artist-in-residence. Sharriff could still play boogie woogie piano, and he gave a number of concerts in Marshall before passing away in 2012. In 2011, NPR’s All Things Considered ran a story about Tennison’s research and the musical revival it ignited.

In the midst of Sharriff’s residency, Canson approached his friend Jan Black, who had been bringing in live music to her restaurant and pub on the courthouse square, OS2. Canson thought she could draw new customers downtown with boogie woogie, which appeals to a different audience than some other genres. Boogie Woogie Wednesdays soon began at OS2 and have endured. Black says they are a natural fit.

Originally from Tennessee, Black began working in restaurants as a college student and eventually made her way to Texas to co-own the Oxford Street restaurant in Longview. When the opportunity to manage a restaurant in a late-1800s building on nearby Marshall’s square came up in 2005, she jumped at the chance, and OS2 was born. (The name, a play on “Oxford Street, squared” soon morphed to the simple OS2.)

Concerts on Wednesday and Saturday nights bring in artists from a variety of genres in addition to boogie woogie players; on any given night you might find blues, rock, country, or jazz.

Despite the success of the business’ live-music offerings, food and drink are the main attractions here most nights. The menu features steak, chicken, and seafood dishes as well as pizza, sandwiches, and vegan options. Exposed brick walls and antique ceiling tiles give a sense of the building’s history; over the years, the space has housed saloons, a billiards parlor, and—most famously—the Woolworth’s drugstore that figured prominently in Marshall’s 1960 Civil Rights protests.

As I await my entrée, a piping-hot loaf of bread arrives at my table with a crock of whipped butter. The bread cracks apart to reveal a crisp crust and an airy interior with a pleasantly nutty aroma. A soup course—lobster bisque ($5.25)—soon arrives in a wide-brimmed bowl. The surface is as golden as an egg yolk, with a dusting of chopped parsley, and a spoonful feels smooth as silk on the tongue. My entrée, beef tenderloin medallions ($16.95), arrive with a cup of buttery Béarnaise sauce for dipping, with a mound of coarsely mashed potatoes and gravy. Roasted asparagus completes the dish, well-seasoned and tender-crisp. 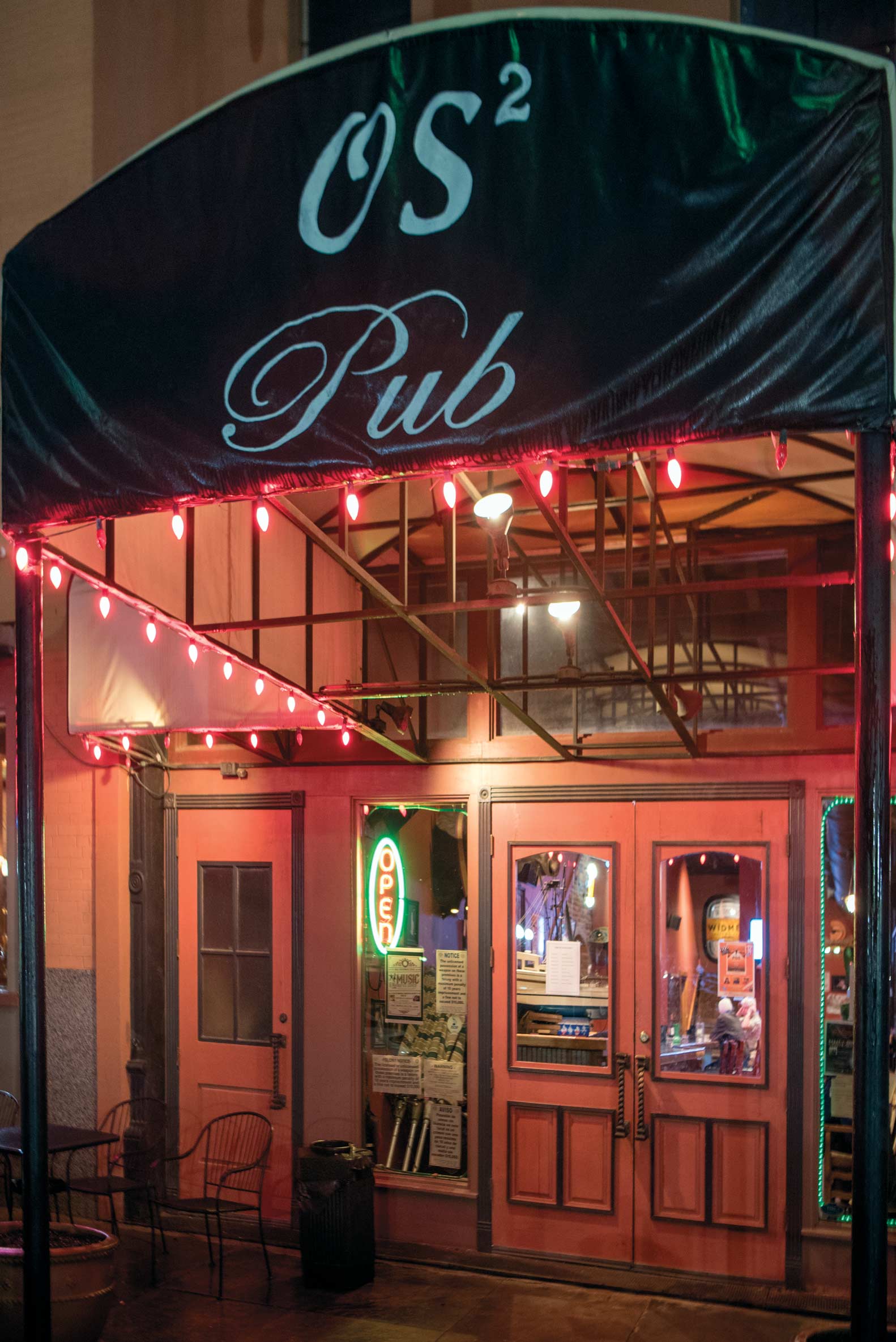 After eating my fill, I venture through a brick archway to the pub, where an upstairs game room offers billiards, shuffleboard, and darts. Downstairs, stools front a long bar, and televisions tuned to sporting events hang in strategic spots. Concerts on Wednesday and Saturday nights bring in artists from a variety of genres in addition to boogie woogie players; on any given night you might find blues, rock, country, or jazz.

“But most of the music—whether it’s R&B, blues, or rock ’n’ roll—it all comes indirectly from boogie woogie,” Black says.

I can’t claim to hear those connections in a precise, technical sense. But as I imagine the virgin forests of East Texas 150 years ago, the logging camps, and the rowdy barrel houses where workers unwound at the end of long days, I feel a certain energy. Fingers danced on the keys of upright pianos, transmitting feelings into vectors of sound. How amazing that a sound, a Marshall sound, would carry not only across the room but across musical history.