How to Celebrate the Fourth of July in Texas 2020 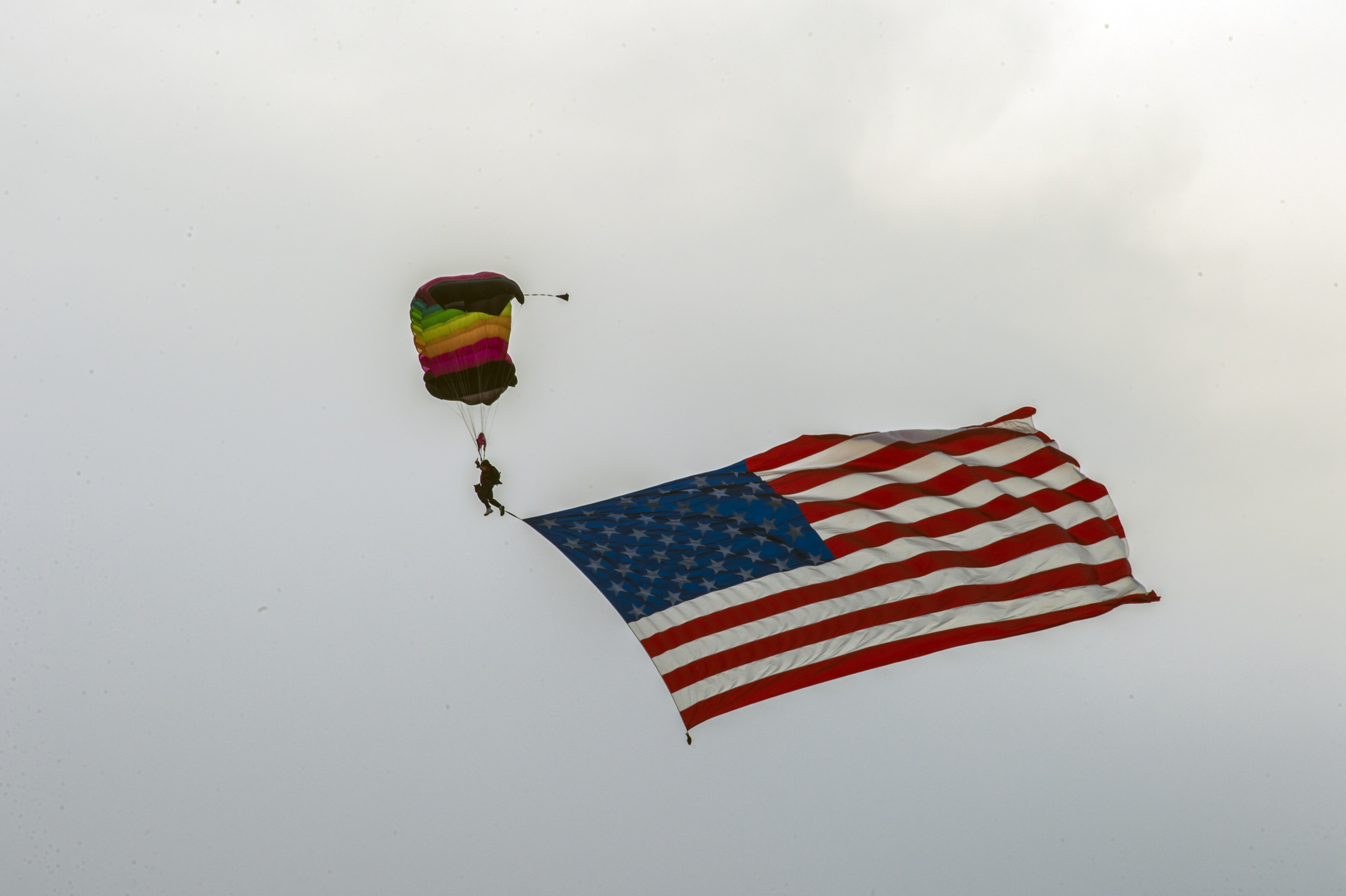 A skydiver at a past Kaboom Town celebration in Addison. Photo by Kevin Stillman

Independence Day is Saturday, but as with everything else, the holiday will be different this year. With a number of local governments restricting gatherings of more than 100 people, many communities have decided to cancel their annual celebratory events. However, some counties have adapted their traditional Fourth of July events for smaller crowds or devised creative alternatives, including virtual fireworks shows and concerts. Here’s a list of some of the events going on around the state. You can find more at texashighways.com/events.

It wouldn’t be a Fourth of July without a Willie Nelson picnic. The country music legend founded his annual all-day holiday concert in 1973, with performers like Kris Kristofferson and Waylon Jennings playing to an estimated crowd of 40,000. The tradition continues this year, but show is moving online. The concerts will stream live and include a mix of music from artists including Asleep at the Wheel, Kurt Vile, Ziggy Marley, Kinky Friedman, Sheryl Crow, Margo Price, Lyle Lovett, Steve Earle, Lukas Nelson and Promise of the Real, Particle Kid, and many others. Tickets are $35 in advance; $45 the day of the event.

July 3-4, starting at noon on Friday

Hood County plans to go forward with its Independence Day festivities under the Open Texas guidelines. Head to Granbury Square, where you’ll find pop-up shops and booths featuring local merchants, artisans, and vendors selling all kinds of merchandise and food and beverages. Live music is scheduled Friday evening. At 9:45 p.m. Saturday, see the fireworks put on by Extreme Pyrotechnics.

Fort Davis’ annual Fourth of July tradition, which normally includes vendor booths and a dance, was called off. However, the town will have fireworks. If you’re planning a road trip to the area, keep in mind that some tourist destinations, such as McDonald’s Observatory, remain closed. Others are set to reopen this week, including David Mountains State Park.

The Hotter ’N Firecracker 5K, cornhole tournament, and other annual festivities have been canceled, but there are still fireworks to be had, and it sounds like it’s going to be quite the spectacle. “We’re going to host a fireworks show like none we’ve seen before here in Frisco,” Mayor Jeff Cheney said in a press release. For those wanting to stay in, you can watch the show live online at the city’s website or Facebook page.

Roanoke is taking its Independence Day celebration online. Tune in on the city’s social media platforms (@CityofRoanokeTX) and YouTube channel at 7:30 p.m., and watch a live performance by Journey tribute band Escape, a magic show, BMX bike show, and fireworks displays from past years and around the world.

Witness fireworks from the comfort of your car. Arlington has moved its annual show from downtown to the city’s Entertainment District. Six Flags Hurricane Harbor, AT&T Stadium, and Globe Life Field are opening their parking lots so revelers can see the show safely.

Longview is describing its fireworks display as a “drive-in only fireworks show.” Gates open at the Longview Convention Complex at 7 p.m. If you’re hungry, there will be food trucks. The city is also hosting virtual events, including Storytime with the Longview Public Library, a talent show, where residents can vote on their favorite act on Facebook, and a Pet Patriotic Fashion Show Competition through the Longview Animal Care and Adoption Center.

If you feel like going on a journey by train, Historic Jefferson Railway is offering rides on board its gas-powered locomotive that includes stops at Diamond Don Gator Pit for alligator feeding. The evening train offers a fireworks show and cannon firings.

Taylor is hosting a vehicle-only parade, with cars and trucks driving a route that’s longer than the town’s usual holiday parade route. In fact, it’s 10 miles long. Fire trucks will lead the vehicles as they pass through neighborhoods and the downtown area. Then, starting in the evening at 6:30 in Murphy Park, you can find food and drinks ahead of a fireworks show when the sun sets.

Pflugerville launches fireworks from Typhoon Texas and you can watch while social distancing. Park your car at the designated locations and then tune your radio to 96.7 or 102.3 FM. Or, you can catch the action live on Facebook.

Fireworks, live music, and kids’ activities are just some of the festivities taking place at Abilene’s third annual Freedom Festival. Although masks are optional, organizers are asking people to follow social distancing guidelines while waiting in lines and watching the fireworks and concerts featuring Jerrod Medulla, Stoney LaRue, and Neal McCoy.

You’ll want to remember the Alamo this weekend, as the historic battle site is hosting its first virtual Fourth of July. The event offers living history performances, live music from Alamo Living Historians and Fort Sam Houston’s 323rd Army Band, militia drills, and musket firing demonstrations. Check it all out on the Alamo’s social media channels.