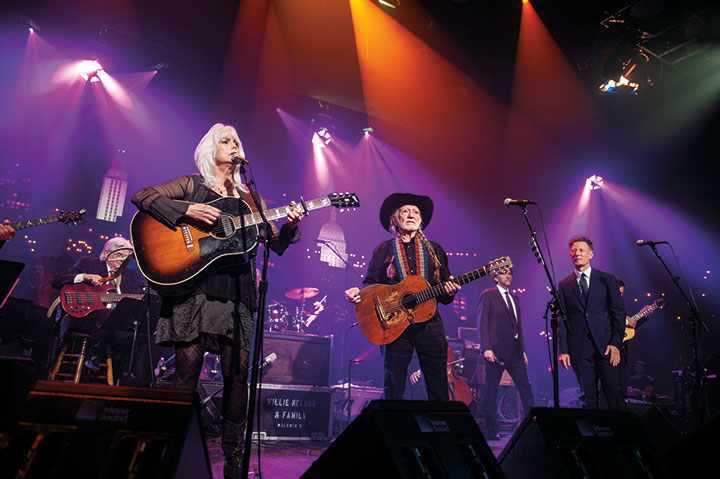 If the “Made in the USA” stamp is hard to find, products made in Texas may seem even more elusive. Never fear, brave travelers! Numerous events across the state offer the Lone Star faithful a place to find their calling, celebrating the state’s creations from fine art to home cooking.

Even better, these festivals, exhibits, and tours are more than just a storefront to browse—you might even get a chance to rub elbows with the state’s finest artisans, musicians, and writers. Here are just a few of the ways you can find a truly “Made in Texas” experience.

Raise a glass to Texas wines 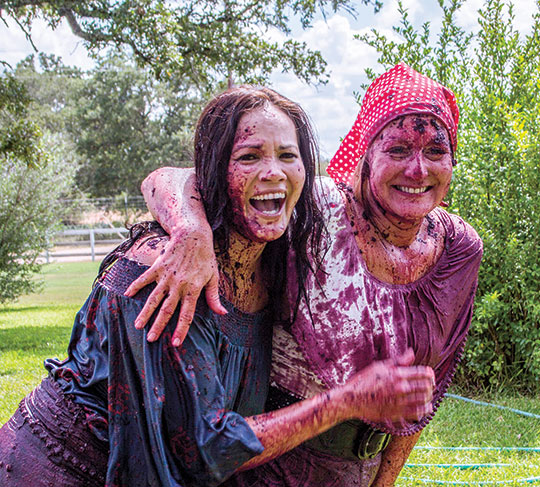 Winemaking in Texas goes back to the mid-1600s, when Spanish missionaries harvested grapes near El Paso to make sacramental wine. Today, the state is one of the top wine producers in the nation and home to nearly 300 wineries—and plenty of fun ways to enjoy the fruits of winemakers’ labor.

When harvest season arrives in late summer, many vineyards celebrate by inviting visitors to try their hand—or actually, feet—at an old-fashioned grape stomp. Becker Vineyards in Stonewall even entertains wine lovers with a costume contest based on a memorable episode of “I Love Lucy” that turns the grape stomp into a lighthearted and messy brawl.

If you prefer to sip with your shoes on, Mount Vernon hosts two annual festivals to celebrate Texas wines. On the third weekend in May, the Piney Woods Wine Festival highlights nearly 20 establishments on the Piney Woods Wine Trail; then the community puts out the welcome mat for Texas vintners on the fourth weekend in October for the Wine in the Pines festival. Call 903/537-4070.

Get in touch with Tradition

Artists throughout Texas are creating remarkable contemporary pieces using traditional craft techniques, and the CraftTexas 2014 exhibition at the Houston Center for Contemporary Craft showcases amazing examples of this artistry.

This year’s exhibition features 46 works by 43 artists in sculpture, jewelry, textiles, installations, and furniture. Items include binary code presented in the form of a necklace and a sculpture with topographical layers of copper and wood denoting the time span of human history. Two themes that Curator Elizabeth Kozlowski found specifically interesting in this year’s selection are material explorations in which the artists play with the idea of what is precious by using found objects, and large-scale works using unusual materials, such as a weaving created with the tape from cassettes.

“You don’t have to look beyond Texas to recognize the talent that exists; we have it here at home,” Kozlowski says.

Tune in to Austin City Limits

Since its pilot episode was taped with Willie Nelson in 1974, Austin City Limits has blazed a trail through music and television history, becoming the nation’s longest-running TV music series and adding authority to Austin’s title as “Live Music Capital of the World.” This season marks the program’s 40th year on the air, which kicked off October 3 with a star-studded, two-hour primetime special. The anniversary season keeps humming through November before picking up again in January 2015, featuring an eclectic range of artists from emerging roots-music songstress Valerie June to veteran industrial rockers Nine Inch Nails.

Longtime viewers might have noticed that the familiar backdrop of the Austin skyline changed in 2011 (mirroring the city’s actual skyline) when the program moved to its new digs in the Moody Theater, which expanded audience capacity from roughly 300 to 2,000. Still, no seat is more than 75 feet from the stage, and the show’s intimate approach to live music lives on.

Passes are distributed free by lottery about a week before each taping; visit www.acltv.com for a schedule and details on how to attend a show.

Fire up with Texas clay artists

The art of making pottery has had roots in the Texas mud since ancient times. While the tools and techniques have advanced since then, modern artists still get their hands dirty for the sake of this craft, and they’re more than happy to show how it’s done at the annual Texas Clay Festival.

Held annually on the fourth weekend in October in New Braunfels’ Gruene Historic District, the event features works by approximately 70 Texas-based potters and clay artists. Demonstrators show skills such as sculpture, decoration, and using the potter’s wheel. One of the most exciting displays is raku firing—a process in which a clay piece is quick-fired, removed from the kiln while red-hot, and cooled in a container filled with combustible materials such as grass, paper, or wood chips. The end result is a fire-marked appearance, which might look crackled or colorful.

Try these two fests for a rounded Texas culinary experience.

In addition to the main draw, the festival has three special events: a Thursday-night food and wine pairing dinner with a Go Texan focus, A Celebration of Texas Food and Texas Wine on Friday, and the Saturday-morning Patron Party. Call 830/997-8515.

A wonderland of Texas-made furniture transforms the three galleries at the Kerr Arts & Cultural Center in Kerrville for 31 days during the Texas Furniture Makers Show.

Makers must reside in Texas, work in a small shop, and create one-of-a-kind or limited-edition pieces. Works can be made of wood, iron, steel, ceramic, paint, glass, plastic, stone, fiber, or a combination. Past pieces have included everything from a fanciful, red spiderweb chair made of painted metal to traditional and contemporary chests, chairs, tables, and desks. Depending on the size of the pieces submitted, generally 50 to 60 are chosen for display, and many are available for sale. “It’s mindboggling to see the craftsmanship,” says Debbie Minns, executive director of the Kerr Arts & Cultural Center.

A few years ago, an accessories element was added to the show. This category includes jewelry boxes, game sets, quilt racks, bowls, and other small pieces. Call 830/895-2911.

Book a Trip to Abilene

When the West Texas Book Festival began, organizers knew what they wanted to accomplish—to promote Texas books and authors, as well as Abilene’s local literary scene. The state’s wellspring of talent continues to sustain a thriving event, keeping its focus on writers who are from Texas or live here.

The event includes a week of author presentations, school visits, workshops, a showcase for local writers, and the annual cookbook gala, culminating Saturday with book signings and the Boots and Books Luncheon. The A.C. Greene Award—named for the author, columnist, and Abilene native—is bestowed on a distinguished Texas author each year.

Festival Chairman Glenn Dromgoole says the event’s success is based on the dedicated support of donors, volunteers, and the Abilene Public Library, along with the Texan penchant for tale-spinning. Go to www.abilenetx.com/apl/bookfest.html.

Erin Inks is editor of the Texas Highways Events Calendar and an occasional jewelry maker and painter. Contributing editor Julie Stratton enjoys events highlighting Texas-made items, especially those where visitors get to interact with the makers. 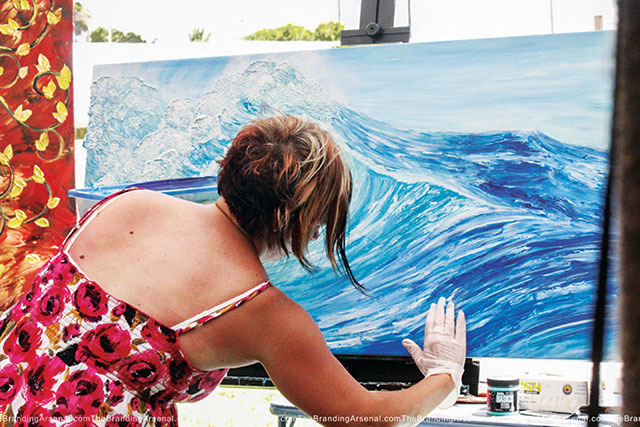 Brush up on Texas art

Find the perfect convergence of Texas artists, art lovers, and beautiful location at the Rockport Art Festival. The festival brings artists from a variety of disciplines together for the July 4th weekend,
explains John Aäsp, visual arts director at the Rockport Center for the Arts, which hosts the event. While the festival, which began in 1969, isn’t exclusive to Texas artists, most of the approximately 120 artists selected for the juried event hail from the Lone Star State.

Within sight of Rockport Beach Park, artists set up showcases of their work in ceramics, glass, jewelry, mixed media, painting, photography, sculpture, and wood inside four large tents on the festival grounds. Other tents house a children’s gallery, face painting, and art projects, along with live music and food.

For attendees, the festival offers a great opportunity to see the quality and diversity of work achieved by Texan artists and to visit with the artists about their creations. Call 361/729-5519.