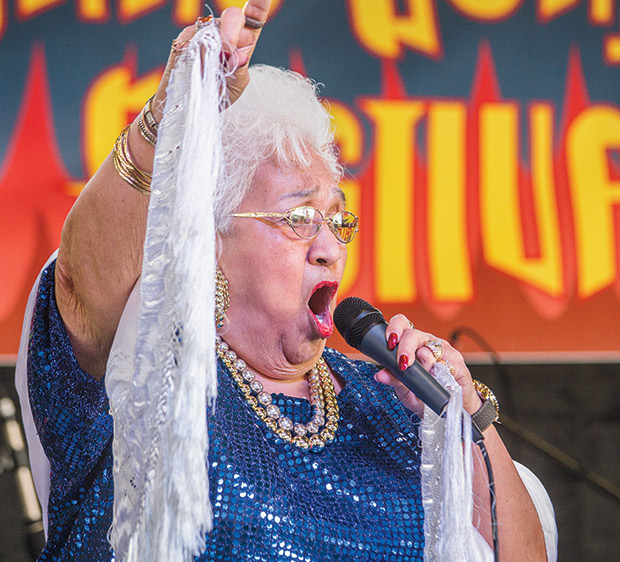 The fusion of German polkas and Mexico’s 12-string bajo sexto guitar is celebrated with five days of dancing and music in San Antonio. Photo by Will van Overbeek

The oldest and largest of its kind in the nation, the Tejano Conjunto Festival celebrates the style of this unique Mexi­can dance music. The genre was born in south Texas at the end of the 19th century after German and East European settlers brought their accordions, waltzes and polkas to the region. The blend of cultures eventually evolved into tejano conjunto, where four-piece bands entertain the masses with the sounds of a button accordion, a bajo sexto, an electric bass and drums.

This festival brings together as many as 10,000 revelers from all over Texas and across the world for five days of music and dancing at the historic Guadalupe Theater and Rosedale Park in San Antonio. Hosted by the Guadalupe Cultural Arts Center, this year’s festival runs May 24–28, 2017 and will feature star-studded performances by Conjunto Music Hall of Fame award winners.