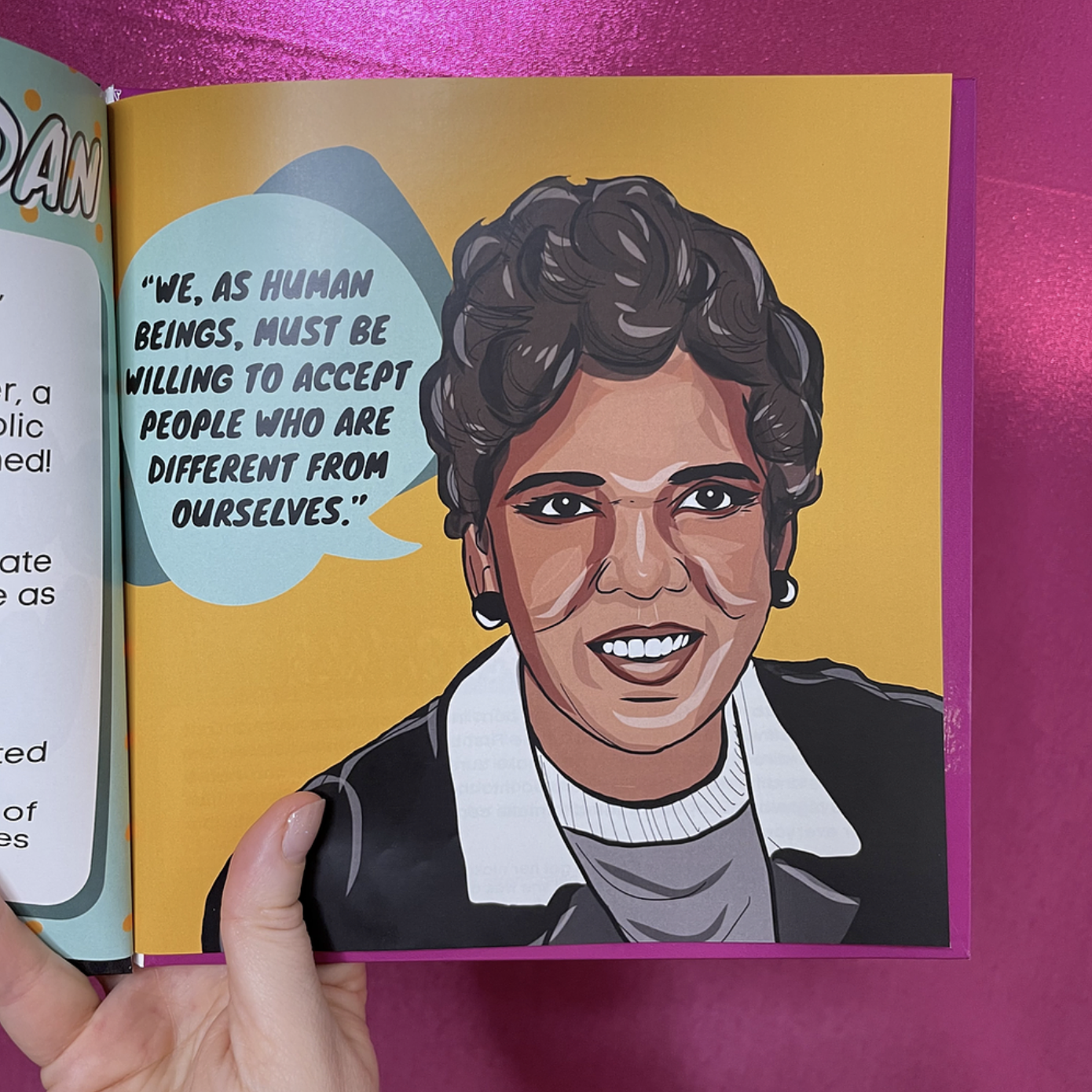 Big power can come in small packages. The brightly colored board book Boss Texas Women, by coauthors Kristen Gunn and Casey Chapman Ross, may be for children, but it packs a wallop of inspiration for all ages about the women who’ve changed Texas. The compact book offers nuggets of insight into the lives of 10 boss Texas women. These include women whom most of us know, like former State Senator Barbara Jordan and former Governor Ann Richards. There are also some who you’ve likely never heard of, but should have, like Christia Adair (a Black suffragist from Victoria) and Emma Tenayuca (a worker’s rights advocate from San Antonio). No matter their differences, they all share a personal history of overcoming limitations to drive their own lives. That’s what it means to be “boss.”

Gunn and Chapman Ross, Austinites who have backgrounds in film and photography, respectively, have a lot to say about bossness. “It’s taking ownership of your passions and not being afraid to be a leader,” Gunn says. “It’s not about being bossy; it’s about being confident.”

“It’s also a mindset,” Chapman Ross adds. “For example, my daughter and I were making a tree house in the backyard, and I couldn’t find the circular saw. And I said out loud, ‘I wonder if daddy hid it from me because he doesn’t want me using it.’ And my daughter was stunned. ‘But you’re a boss Texas woman,’ she told me, ‘of course you can use the circular saw.’ So, it’s the mindset that you are capable and can get the job done.” 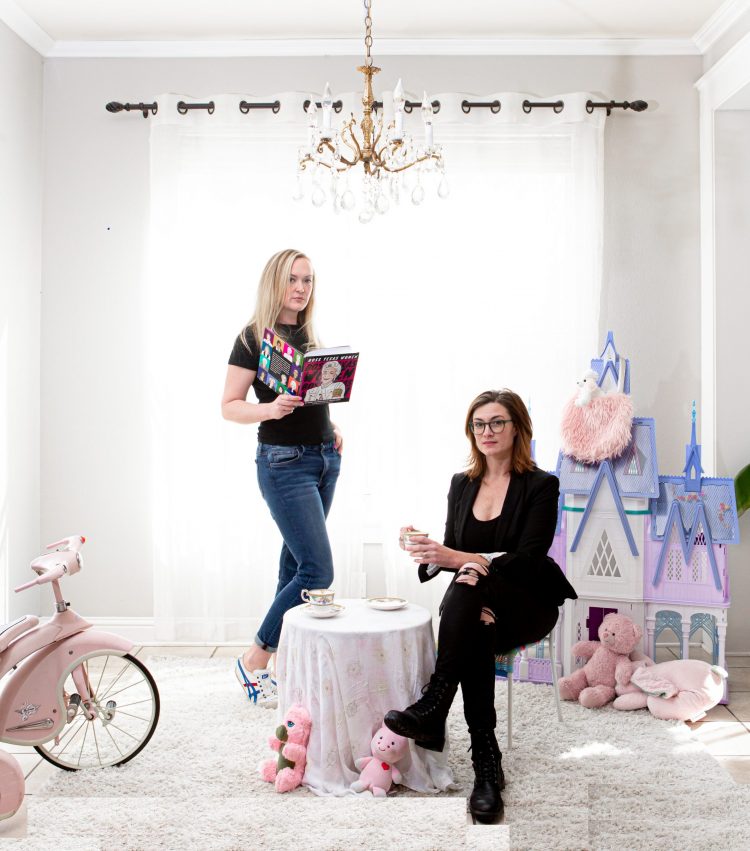 The women in the book come from different eras and occupations and show how being a boss Texas woman means you can’t be contained by a mold. Boss is not always big and brash. Take former Supreme Court Justice Sandra Day O’Connor, who was born and raised in El Paso. We learn in Boss Texas Women that she was known for being “wise and measured.” Similarly, we learn that Houston’s Annise Parker, the first openly gay mayor of a major U.S. city, was a very shy child who overcame her fear to work for causes she believed in. In the book, she is attributed as saying, “I don’t like to talk about things. I like to fix things.”

Bossness isn’t just for governors, judges, and mayors. “Being boss can mean being an artist who really owns her art,” Gunn says. That’s why it was important for us to talk about different personality types and how they emerged and found their boss voice.”

Helping young people find their own boss voice is imperative for Gunn and Chapman Ross. That’s why each of the quick 75-word descriptions of the women reveals a hint of what they were like as a child—a reminder to today’s young readers that long before these women rose to power, they, too, had doubts and obstacles to overcome.

Children are meant to read the book with an adult in hopes of sparking a discussion. Gunn and Chapman Ross included a well-curated bibliography in the back for learning more about each woman in the book.

Gunn and Chapman Ross are most fired up about the book’s use as a tool for education and dialogue. When they hosted a Zoom discussion about the book at an online career day event at a Texas elementary school, they were surprised to see just how much the book lit up the children’s imaginations, even in spite of having to interact through a computer screen. 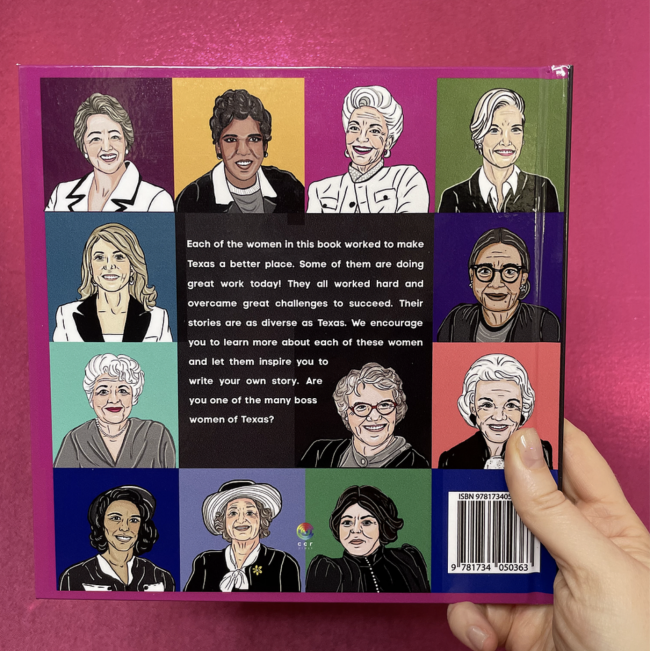 The 10 women in the book come from different eras and occupations.

Gunn and Chapman Ross published Boss Texas Women in late 2020 and plan to continue using the book as a catalyst for more lively classroom discussions. In fact, they aim to have a copy of it in every public school across the state. They’ve organized a program whereby people who want to contribute to their effort can buy their book at half the price on the Boss Women of the World website to donate to a school—so far, they’re on a good roll.

In partnership with the Ann Richards Legacy Project and the Austin Independent School District, a Boss Texas Women book is being donated to each school’s library. Gunn and Chapman Ross are also currently in discussion with interested donors to reach all 20,166 Texas schools. Over time, and particularly as schools ease restrictions due to COVID-19, the duo hopes to host more Boss Texas Women discussions in schools throughout Texas.

“The work we’ve done so far has lit a fire in both of us to keep doing outreach and to keep learning and revealing these stories,” Chapman Ross says.

Their next book, Boss American Women, is due out in May.