After three years of major renovations, the park is welcoming visitors back to its beloved beach 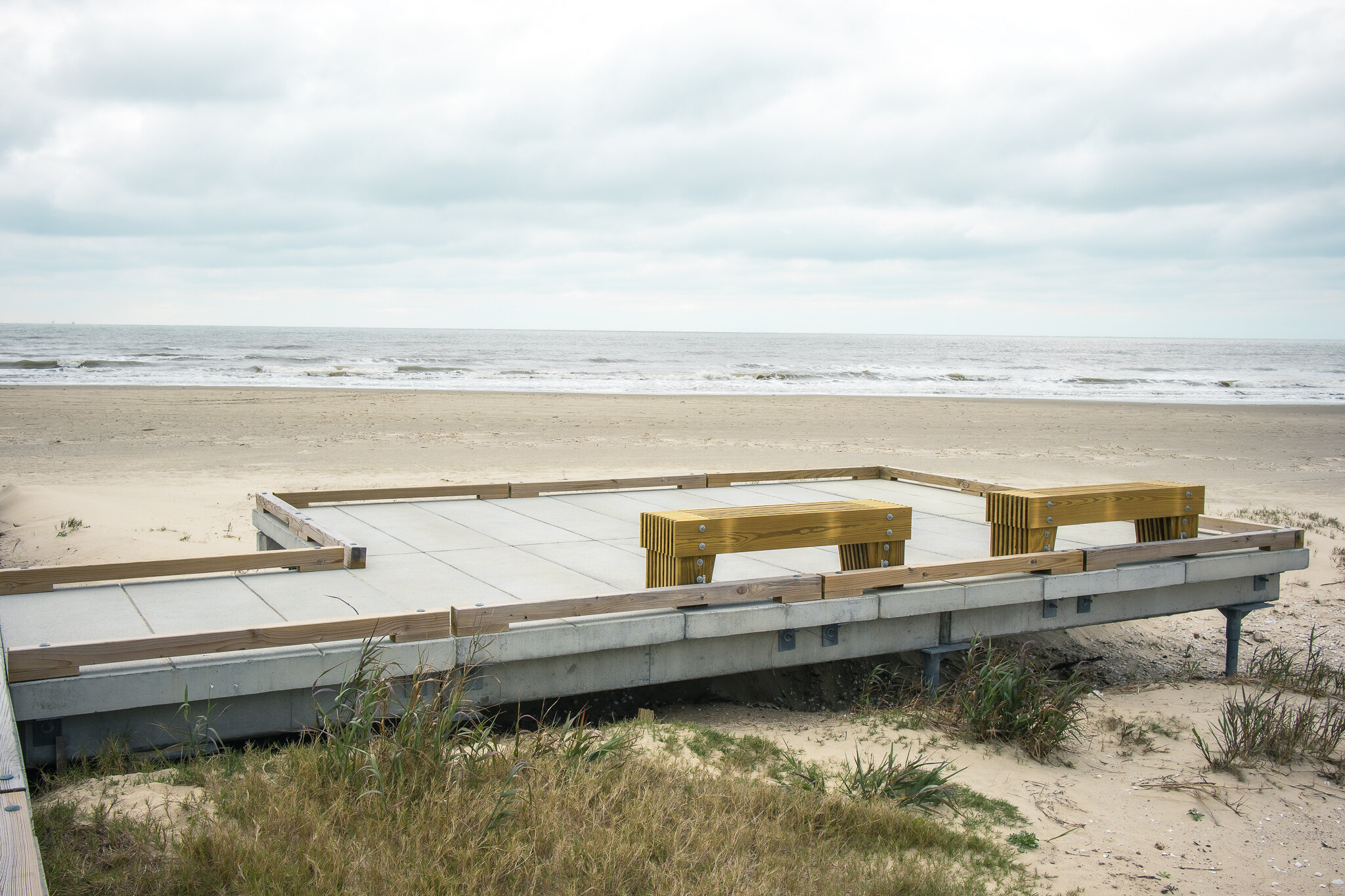 Galveston Island State Park is welcoming visitors back to its popular beachside for the first time in three years. The Texas Parks and Wildlife Department announced this week the park’s beach will reopen on June 27 with new features catering to swimmers, kayakers, birders, and hikers.

Renovations on the 47-year-old park began in the summer of 2019. The $10.6 million project was funded by the Texas Implementation Group as part of a comprehensive five-state Gulf Coast restoration effort. Improvements included a new park headquarters building, remodeled nature center, and the addition of several observation decks, boardwalks, and recreational areas. Protecting just over 2,000 acres of Gulf Coast ecosystems, the park is the last undeveloped portion of the island to offer public access to the beach and Gulf waters through the bay.

Throughout the years, the park has been ravaged by a number of tropical storms—most notably Hurricane Ike in 2008. With the help of personnel and volunteers, the park was cleaned up and temporarily reopened months after the disaster, but the need for a more significant overhaul became apparent.

“Patience is the word that comes to mind,” says Kody Waters, the park’s interim superintendent. “We’ve battled a lot of challenges over the last 14 years, and while we’ve only been closed for three years for this actual project to rebuild, it’s been a long time coming.”

The beach’s reopening coincides with the expected influx of summer travelers to the area, thanks to park improvements and an uptick in post-pandemic travel. According to the park, attendance dropped by nearly 50% during the height of Covid-19 to 66,284 annual visitors.

“I expect to see numbers return to what they were pre-pandemic,” says Mary Beth Bassett, public relations manager for Visit Galveston. “I think there’s still a pent-up demand for travel, especially for road trips, so I think Texans will be eager to visit the new and improved Galveston Island State Park.”

The park is open from 7 a.m.-10 p.m. daily. Reservations for both camping and day-use passes can be made online or by phone. Entrance fees for adults is $5, and children age 12 and under get in free.

“We can really say that we are back to our fullest and are very excited about the opportunity,” Waters says. “We’re excited personally as an agency, but more importantly, we’re excited for the public to visit Galveston Island State Park at its fullest.”