Up For Sale, the Old Spanish Trail Restaurant in Bandera Serves Up Cowboy History 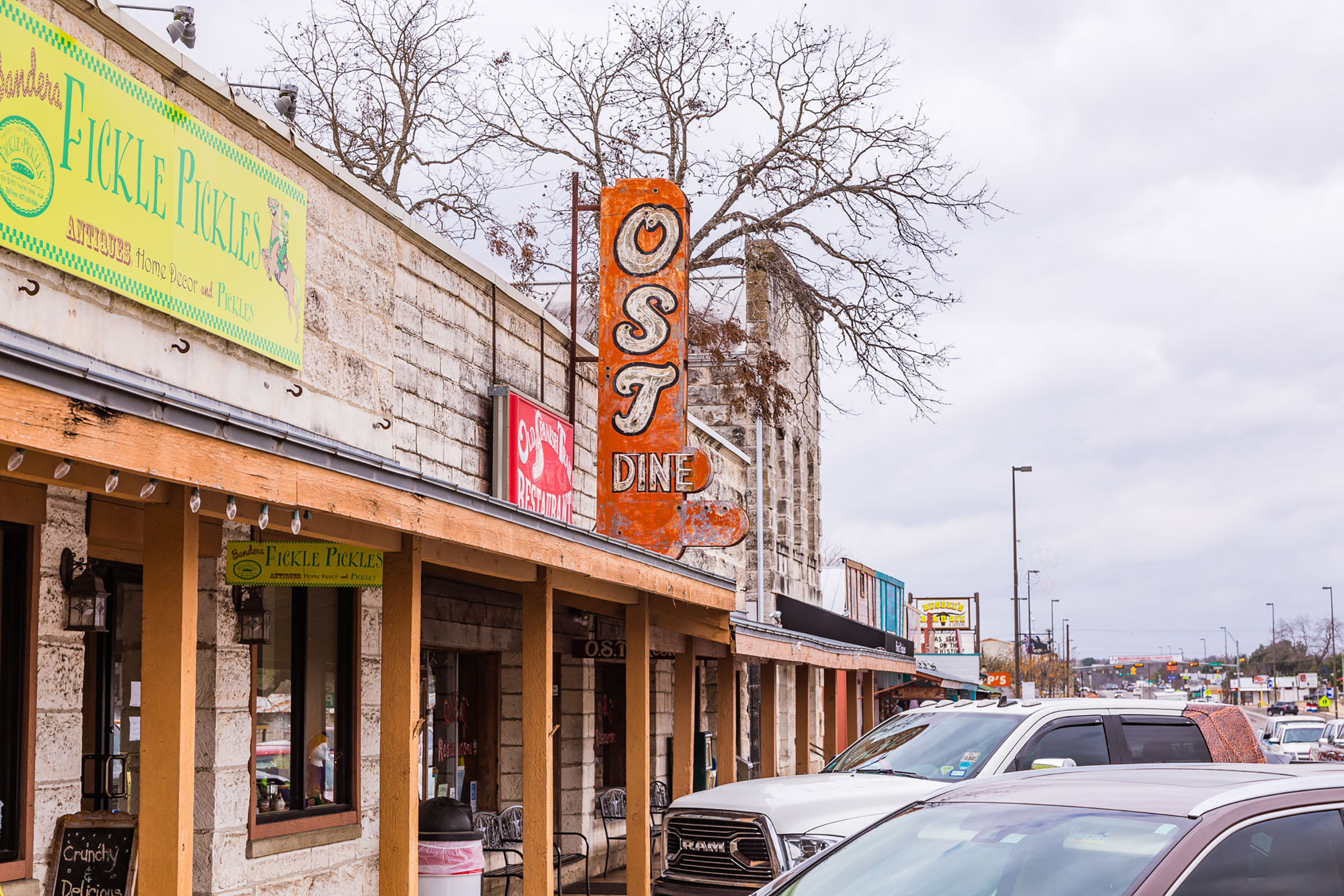 A popular spot for visitors to the Hill Country, the OST has been a staple in Bandera since 1921. Photo by Aaron Yates.

The Old Spanish Trail in Bandera, one of the oldest continuously operating restaurants in Texas, is on the market for a cool $3.25 million.

Included in the asking price? The 5,800-square-foot building on Main Street, a covered wagon that doubles as a salad bar, a row of bar stools made out of leather saddles, and the rest of the restaurant’s Western-themed contents, minus a stuffed elk head that hangs on a wall.

The OST, as it’s known, opened in 1921. Before it became a restaurant, the building housed a grocery store and a dance hall. Bandera being the Cowboy Capital of the World, it’s no surprise that part of the building stands on what was once a horse corral.

Two other Texas restaurants—Scholz Garten in Austin, which opened in 1866, and Gaido’s Seafood Restaurant in Galveston, which opened in 1911—are older, but there’s some discrepancy as to whether they’ve operated continuously since they served the first customer.

No one knows if John Wayne ever stepped inside the doors of the OST, but one room is dedicated to the Duke. Other movie stars, including Matt Damon, Robert Duvall, and Thomas Haden Church, have eaten there, and locals sometimes tie their horses out front while they dine inside. That impresses tourists, who have come from as far away as France, Germany, and even Asia to eat there.

Gwen Janes, who bought the restaurant in 1978, and her husband lead a team of 35 employees, some of whom have worked there for 20 years. The restaurant is known for its expansive menu, which ranges from enchiladas and chiles rellenos to pancakes and Belgian waffles. 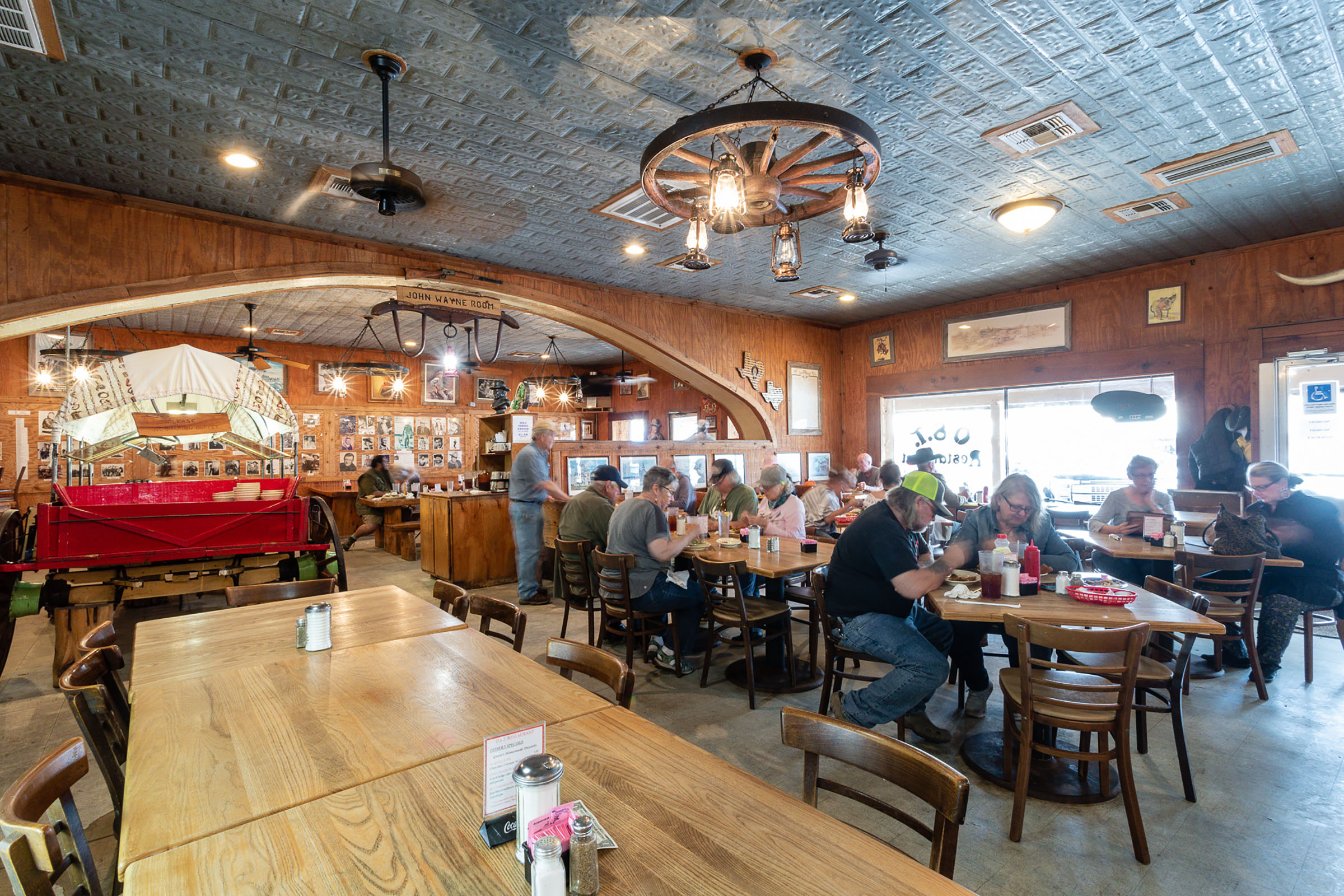 The interior of the OST keeps the spirit of the Cowboy Capital of the World alive. Photo by Aaron Yates.

“What makes it special are the customers,” Janes says. “We’re known for breakfast and chicken-fried steaks, but we have a huge menu, and we’re a scratch kitchen.” Still, she adds, after 44 years she’s ready to sell.

She still reports to the restaurant most days, where she bakes coconut meringue and buttermilk pies and chocolate fudge cake. She hopes whoever buys the restaurant will continue its tradition.

“It’s a cowboy Western atmosphere, which is a dying thing,” she says.

The restaurant isn’t the only iconic Bandera business to hang up a “for sale” sign recently. The longtime owner of the 11th Street Cowboy Bar down the street put his popular juke joint and eatery up for sale earlier this year. (A buyer has been found.)

Demand for real estate is high in Bandera and inventory is low, says Jerrett V. Lamb of JVL Real Estate, which listed the OST. And buying the OST is like buying a piece of Texas history.

“There are so many vacationers who visit the Hill Country, and Bandera tends to be their front porch to the area,” Lamb says. “OST is a huge attraction—kids grew up eating there with their parents and continue to eat there.”