Where to Find Tamales in Texas This Holiday Season

Whether you prefer to get tamales delivered, picked-up, or make to them your yourself, these resources will help you have the most delicious Christmas possible 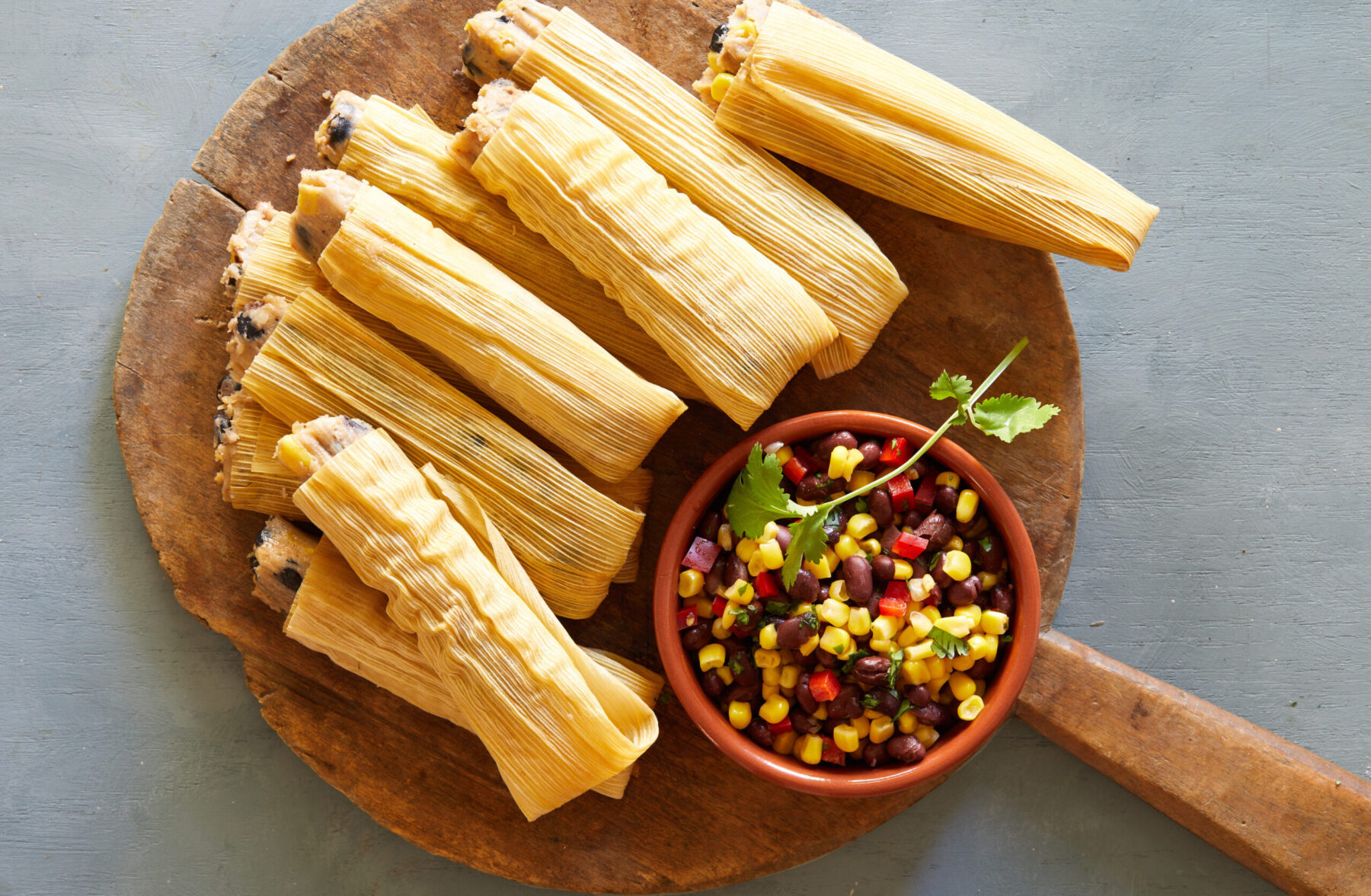 It wouldn’t be the holidays in Texas without tamales. The sweet or savory corn husk-wrapped masa packets are a Mesoamerican invention, dating back thousands of years. From their origins as a religiously significant food derived from the Nahautl word for “wrapped” (tamalli), tamales eventually emerged as a delicious way to mark special occasions, especially for Hispanic families who unite for tamaladas—tamale-making parties—during December. Today, they are enjoyed across Texas as a traditional holiday food.

We’ve rounded up the best delivery and take-away tamales and tamale-making classes around the state so you can celebrate Christmas deliciously. 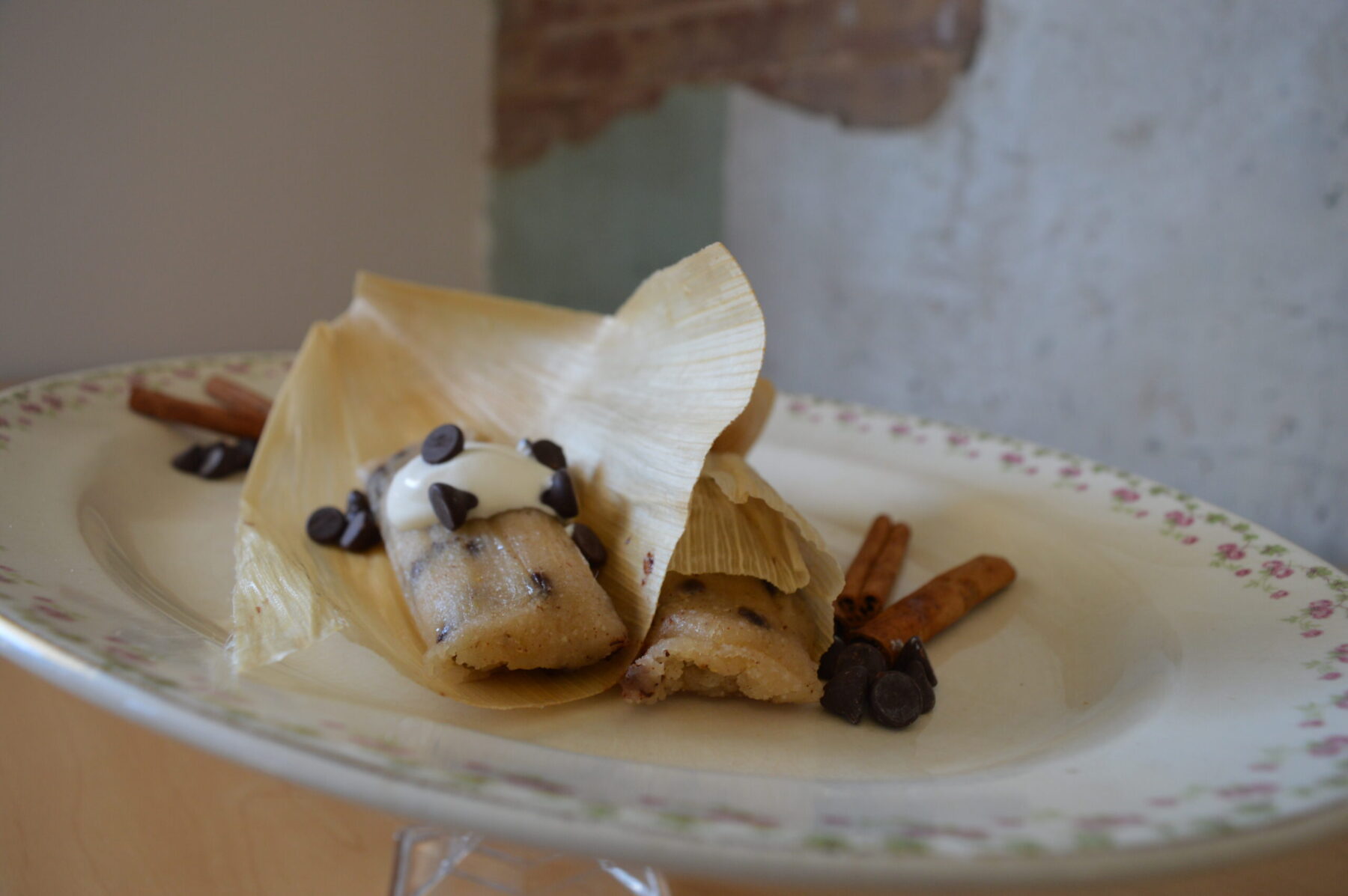 Texas Lone Star Tamales, Fort Worth: Habanero pork, filet mignon, vegetarian, and sweet pumpkin tamales are just some of the offerings from this company that also supplies year-round, pay-as-you-go tamale subscriptions (just choose the fillings, quantity, and frequency of delivery) and Texas Christmas Party Packs (chicken, pork, or beef in quantities of four to 15-dozen; available with sides of queso and chili).

Delia’s Tamales, multiple locations in Rio Grande Valley, and San Antonio: Founder Delia Lubin started selling tamales door-to-door with her sister nearly 30 years ago. Today, her namesake chain has seven locations and a thriving online business. There are 18 types of tamales to choose from, including pork or chicken Veracruzano (wrapped in banana leaf), bean, cheese and jalapeño, and sweet cream cheese.

Along Came Tamale, Fate: This Rockwall and White Rock farmers market favorite (there’s a brick-and-mortar in Fate) makes savory tamales, but dessert fillings are the focus, with flavors like pineapple, blueberry, and pumpkin.

Tamale House East, Austin: This third-generation, family-owned temple to tamales has been serving plump tamales and other Mexican and Tex-Mex favorites since 1958. Late founder Carmen Villasana Vasquez grew up in the adjacent neighborhood. While the original location at First Street and Congress Avenue is long gone, the current iteration—a homey space on East Sixth Street with courtyard seating—channels vintage Austin.

Delicious Tamales, San Antonio: With multiple locations around the city, Delicious Tamales is always nearby for your tamale fix. Founder and social activist Valerie Gonzalez opened her first location in West San Antonio in 1980. Today, her tamale empire remains 100% women- and Hispanic-owned and offers a scholarship that helps undergraduate students from her alma mater, Laredo Martin High School in Laredo.

Gussie’s Tamales & Bakery, El Paso: There’s a cult following for the savory and sweet tamales, which include flavors like Hatch green chile; and raisin, cinnamon, anise, and coconut. In need of a curative for holiday excess? Try the equally famous and healing menudo.

Tyler Tortilla Factory, Tyler: For nearly four decades, the factory has been supplying East Texas denizens with everything from spicy beef to spinach-cheese tamales. Order two hours ahead for fillings other than pork.

Huerta’s Tamales, Corpus Christi: “It’s always tamale season” is the motto at this family-run shop that also offers catering. Bean, spicy pork, chicken-cream cheese, and jalapeño-mozzarella are just some of the fillings sold solo or by the dozen.

JQ’s Tex-Mex BBQ, Houston: You’ll find the usual flavor suspects here: pork, bean, and cheese. But the restaurant’s signature tamales are anything but typical. The Texas Twinkie features a pork belly-jalapeño popper filling; and the succulent brisket put JQ’s on the map. Place your order for the latter through the website.

Mariposa’s Latin Kitchen, Fort Worth: Vegetarian and health-conscious tamale-heads will appreciate the array of lard-free flavors like black bean, carrot, and mushroom; and roasted chicken and broccoli. For everyone else, there’s everything from chorizo and egg to a seasonal turkey and dressing, available through December. The eatery is owned and operated by Lubbock native Irma Gamez and her daughter, Crystal Padilla. Catering is also available.

Central Market Cooking School, Austin, Dallas, and Plano: The hands-on Make & Take classes include various fillings like chicken, pork, rajas, black beans, and salsa. You can take home a dozen tamales from the class, but should you require more, you can purchase fresh or frozen tamales in bulk at the deli.