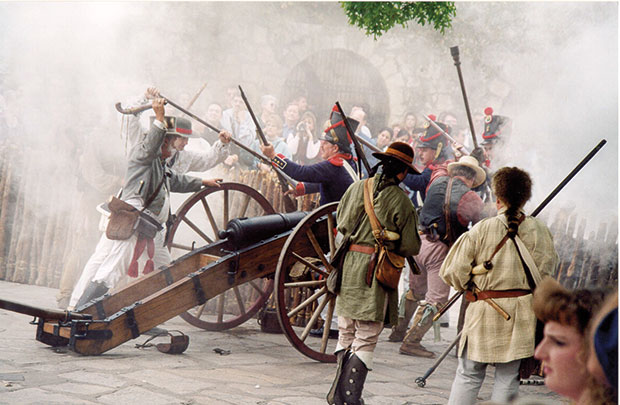 Join the San Antonio Living History Association as it honors the anniversary of the March 6, 1836, Alamo battle with events at Alamo Plaza. The “Dawn at the Alamo” ceremony at 6 a.m. March 6 includes the lighting of 13 candles for the 13 days of the Alamo siege, a reconciliation peace prayer, and a salute to the fallen on each side. On March 7-8, the association will present reenactments of Santa Anna’s order to attack the Texian defenders, as well as a battle reenactment with muskets, cannons, and smoke.