A bevy of tenacious bloomers that thrive on Texas heat 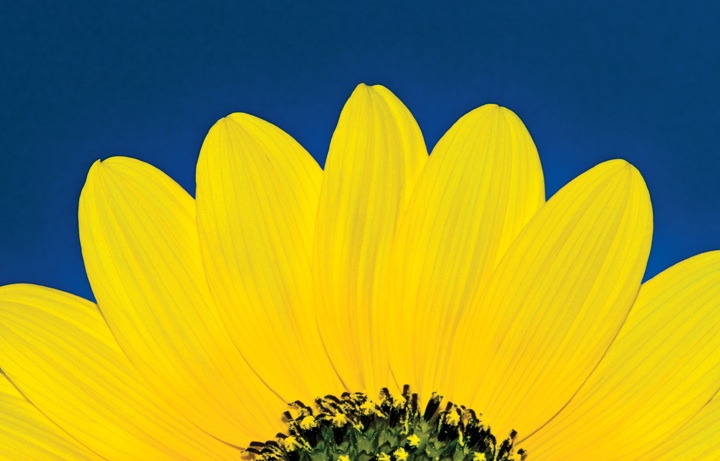 While Texans usually make a beeline indoors (or to the nearest swimming hole) on sweltering summer days, some of our native wildflowers revel in the heat. The species have learned to thrive during periods of high temperature and little rainfall, thereby giving them an edge over less-resistant species. Thanks to this phenomenon, splashes of yellow, violet, pink, and white adorn roadsides and fields even in the hottest months.

When Europeans came to North America, they found Native Americans in many regions cultivating the showy flowers and grinding the seeds for use in breads and soups. Native sunflowers tend to spring up on disturbed ground, so they’re often found around construction sites, along roadsides, or in fallow fields. Their smaller seed heads distinguish them from commercial varieties.

Gardeners rarely cultivate another yellow-flowered member of the sunflower family, camphorweed, but in spite of its “weedy” common name, the native Heterotheca subaxillaris produces petite and cheerful flowers from May to October. Many people recognize the aroma of camphor that clings to their fingers after they handle this resinous plant, which springs up readily in many parts of Texas. Its flowers turn into downy “puffballs,” with feathery seeds that children delight in blowing away.

A century ago, the primary definition of the word button was “knob” or  “small ball,” and that explains the origins of the name buttonbush for one of our native shrubs. From June through September, Cephalanthus occidentalis, as botanists know it, gives rise to fragrant, spherical flower heads covered profusely by small white flowers with protruding stamens. Though buttonbush normally grows near streams, author and native-plant authority Jill Nokes reports that residents of the Old South planted buttonbush around their homes so that the flowers’ pleasant scent could sweeten courtship rituals that took place on the porch swing.

Curiously, the bluebell gentian (Eustoma exaltatum) features petals that are violet, not blue. Field guides often describe this wildflower as one of the state’s largest and showiest, producing bell-shaped blooms up to three inches across from May until as late as October. Admirers over the decades have picked these flowers so eagerly that the plant has become scarce along roadsides, but sheltered colonies survive throughout the state.

In contrast to the bluebell, the inconspicuous flowers of snow-on-the-prairie (Euphorbia bicolor) grow inside a tiny white “collar” surrounded by attractive, long, white-margined bracts. Those specialized leaves make up the “snow” that settles incongruously on the prairies of the eastern half of Texas in August and September. This shrub’s reddish stems add visual warmth—as if we needed any—to the bright white of the bracts above them.

Mountain pink (Centaurium beyrichii) lives up to its name by appearing to grow right out of the limestone in the cliffs west of the Balcones Fault, and it also emerges from summer-baked expanses of barren caliche where it might seem that nothing would grow. Each fully developed plant forms a broad cone with a dome that fills with long, pointy, greenish-white buds. These open in June and July into a surprisingly dense display of “stars” with five narrow, bright-pink petals.

Native to marshes in the eastern third of Texas, the stately Hibiscus laevis may grow to six feet in height. Its white or pink flowers, which bloom in July and August and can reach six inches in diameter, have a ruby-colored throat and a prominently protruding stamen. The plant goes by the common names smooth marshmallow and halberdleaf hibiscus. The word halberd refers to a combined spear and battle-ax, but this plant has no prickles that would keep an appreciative observer from taking a close look.

The small, greenish-white flowers of Clematis drummondii have their charm, but they aren’t the plant’s most striking feature. When the fertilized flowers mature, they produce shiny filaments two to three inches long that gleam like copper or silver in the sun. These develop into dense, downy tufts that have prompted people to call the plant old man’s beard. Unfortunately for other plants in the western two-thirds of the state, the prolific “beards” can smother and even kill them. The conspicuous tan tufts that linger on roadside fences and posts through the fall and winter remind us that all too soon summer heat will return to Texas. On the bright side, we can look forward to seeing these sprightly, tenacious, heat-loving wildflowers once again.