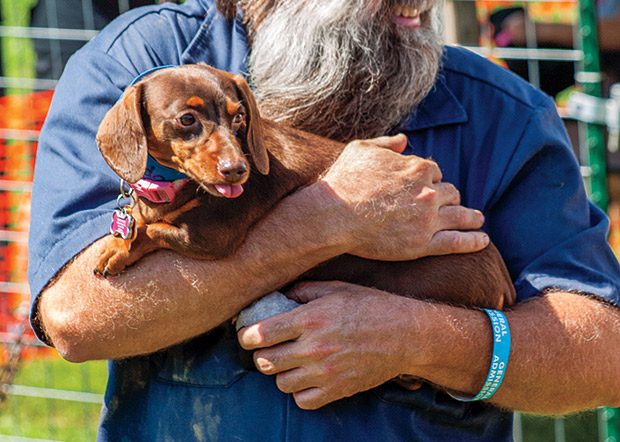 Some will tell you the Kentucky Derby is the season’s most important sporting event in the South. They are wrong.

For the past two decades, the tiny Austin suburb of Buda has held a must-see display of physicality that draws athletes and fans from across the country. If you’ve never heard of it, it probably flew under your radar—perhaps because the sporting event’s athletes are so short.

On April 29–30, 2017, the town will host the Buda Wiener Dog Races for the 20th year, an annual running of the dachshunds that brings joy to all who witness it and put Buda on the map after Texas lawmakers voted to name it the Wiener Dog Capital of Texas. The event benefits the Buda Lions Club and several children’s charities.

The brilliant, somewhat slow-paced event occurs at a makeshift racetrack in Buda City Park. There are no prequalifying rounds for these canine competitors, so the first day of races means there’s quite a bit of wiggling and sniffing around the course, while others move as quickly as their four stubby legs can take them. Last year, the event added a race category for mixed breeds to compete. “The chiweenies always wanted to run,” says Nancy Handrick of the Lions Club. “They have to have some wiener dog in them, but we gave in. It helped that they’re cute.”

The weekend also features a best-dressed dog contest, a bake-off, barbecue and chili cook-offs, and live music and entertainment. And while the weekend of races culminates in a trophy presentation, every wiener’s a winner—or they are in our book, at least.