Think Texas Is Hot? Here Are 8 Reasons Why It’s Hotter Than You Think 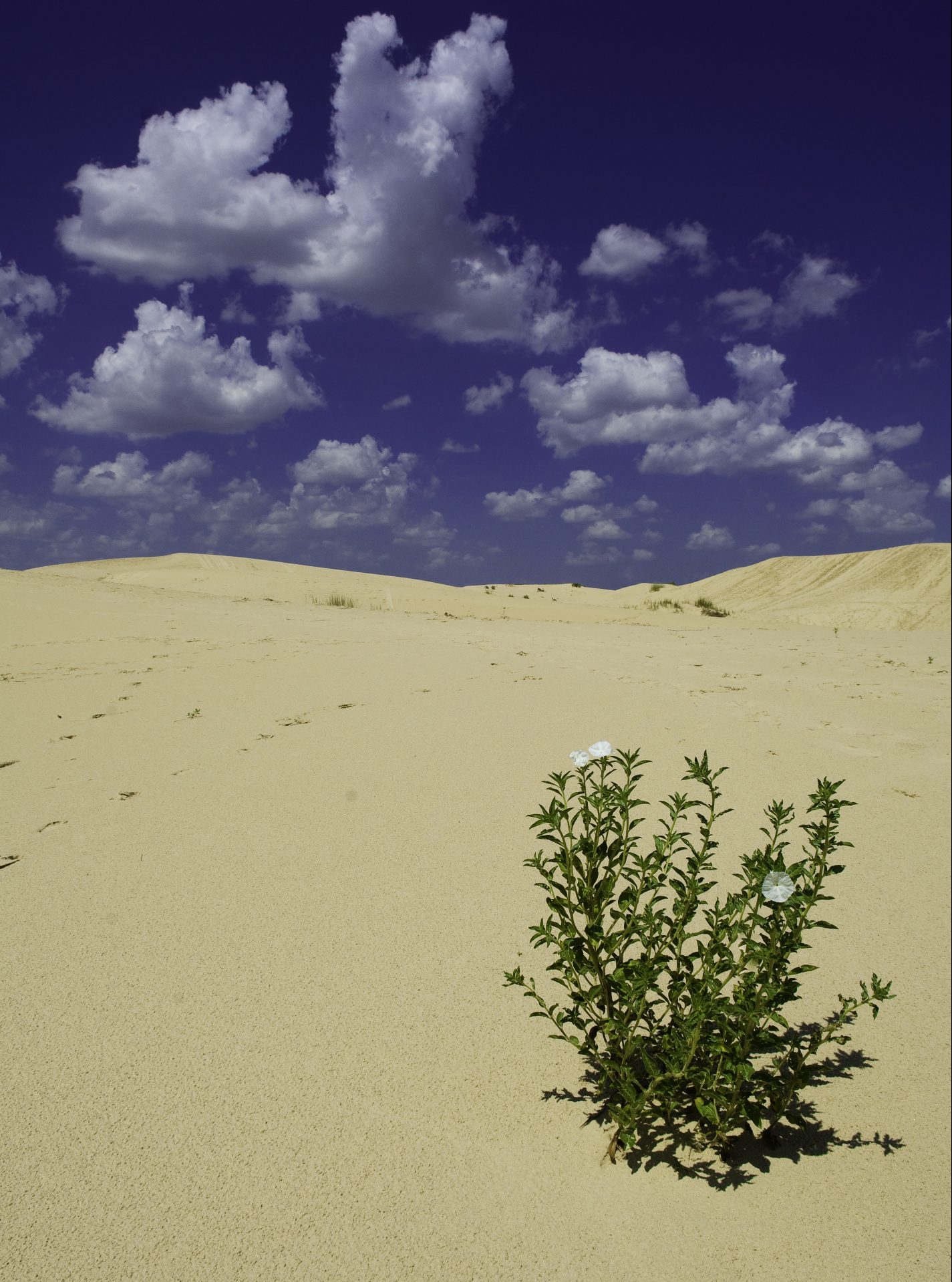 A Phlox Heliotrope in Monahans, which tied the record for hottest place in Texas in 1994. Photo by Stan A. Williams.

Texans are no strangers to heat, but everyone’s feeling it this summer as temperatures continue breaking records. This is due in part to South Central Texas experiencing a drought; the ground is absorbing more heat and recycling it back into the atmosphere faster than usual, explains Keith White, a meteorologist with the National Weather Service. He adds that this is what is bringing the upper 90s and low 100s temperatures that we usually see later in the summer into May and June. “But,” he says, “that’s all superimposed upon a very gradual warming trend due to global warming.” Above-average temperatures are expected all summer, so stay hydrated and make sure to follow the National Weather Service’s tips for staying safe in extreme heat. And while you stay cool, here are some facts, stats, and other tidbits that show it’s not just the temperature that gets hot in Texas.

Hottest recorded temperature
According to the National Oceanic and Atmospheric Administration, the hottest day recorded in Texas was June 28, 1994, where temperatures reached 120 degrees in Monahans. This wasn’t the first time the mercury hit that temp. In 1936, Seymour recorded equally high temperatures on what was, and remains, the hottest day in Texas history: Aug. 12.

Hottest hot spring
Texas is home to many natural hot springs, but none as hot as the Rio Grande Village Springs, located inside Big Bend National Park. Pools here offer amazing views and a warm bath to soak your muscles after a long hike; temperatures in the Langford Springs and the Boquillas Springs can reach up to 105 degrees. Or as we like to call it here in Texas—room temperature.

Hottest chile
Texans might be able to brave the heat, but can they stomach it? The chiltepin pepper, native to Texas, Arizona, and Florida in the United States, registers between 100,000 and 265,000 in Scoville heat units; that’s 20 times hotter than a jalapeño! In 1997, it was named the official native pepper of Texas.

Hottest football team
Houston Texans fans, avert your eyes—there’s no denying the fact that the Cowboys are the most valuable team in the National Football League. They’re also on an upward trend, from a 6-10 record in 2020 to 12-5 in 2021. Maybe if they keep up the work we might see them in the big game for the first time since 1995.

Hottest wildfire seasons
Texas, unlike most states in the Southwest, has not one, but two wildfire seasons. They happen in the late summer and fall—when temperatures are highest across the state—and between winter and spring—when vegetation is dead and/or dry. It is also the windiest time of the year. And during periods of drought, like the one we’re experiencing now, vegetation is especially susceptible to catching fire. So enjoy your summer bonfires, just remember that the party’s not over till you’ve snuffed out every ember.

Hottest celebrity
Move over Matthew McConaughey—the hottest actor from Texas is currently Glen Powell. Since his recent role as Hangman in Top Gun: Maverick,  Powell has been catching eyes and making hearts flutter. And, he’s on a hot streak this year: On top of being in the blockbuster that broke the record for biggest opening on Memorial Day weekend, he’s in Richard Linklater’s Apollo 10 1/2 which came out in April, on the May cover of Men’s Health, and has a new film coming out in October. McConaughey might want to increase his ab workouts if he wants to remain Texas’ top gun in Hollywood.

Hottest volcano
Did you know that Texas used to have active volcanoes? Pilot Knob, located 8 miles south of Austin, is the eroded core of an extinct volcano that people can visit and hike. With a diameter of more than 2 miles, it was the largest of 75 total volcanoes that were once active in Texas during the late-Cretaceous Period, when most of Texas was still underwater. These explosions enriched the surrounding soil, allowing for greater plant growth once the Texas we know today began to develop.

Hottest place to live
There’s no ignoring recent trends: Texas is the place to be right now. Between 2020 and 2021, Texas experienced the greatest population growth of all 50 states, making up 79% of the total population increase in the U.S. Along with Elon Musk’s Tesla and SpaceX, companies like Oracle, Hewlett Packard, Pabst Blue Ribbon, and Charles Schwab have moved their headquarters to the business-friendly state. So, native Texans, make sure to extend your southern hospitality to our newcomers. And new Texans, check out our hottest vacation spots while you’re here.